I’m a tourist to Baltimore and won’t claim otherwise. I’ve been there a couple of times (though I’ve been to DC much more) and don’t have anything poignant or memorable to offer from my stops there. Still, as a Person of Color, I sympathize with the frustrations of communities that feel like their city, their police force, and their government care little for their wellbeing. There’s a hopelessness in watching people try to affect change in response to the death of Freddie Gray, whose injuries and subsequent death have yet to be fully explained by the City of Baltimore. The Wire is a work of fiction and its invocation into this argument shouldn’t undercut the very real circumstances involving loss of life and slow moving justice in the very real Baltimore. But it is an adapted fiction to real people, situations, and environments that previously existed or still do exist in Baltimore. Watching the protests and riots play out, these are the moments that appeared to me from that iconic show.

Also, both Wendell Pierce and David Simon have come out condemning the violence portrayed in Baltimore, which is – interesting to say the least.

The destruction of the towers.

Season 3 begins with this scene and it is still one of the most poignant moments in the show. The corner boys are walking to the site where the Mayor is making his speech about “revitalizing” the city. This, in effect, is his plan for gentrification by way of eliminating the notorious Towers. Like any place in America where neighborhoods may be rife with drug activity and crime, they are also filled with law-abiding poor people who now have to move from that area but aren’t given any new income to find a “better” place. What elevates this scene from good to amazing is that after the Towers are demolished, a wind picks up carries the dust from the explosion into the crowd. It leaves residents – the pushers and the elite Mayoral staff alike – all coughing on the remnants of those buildings, meaning the blowback for these actions affects everyone. Even if they didn’t intend it that way. 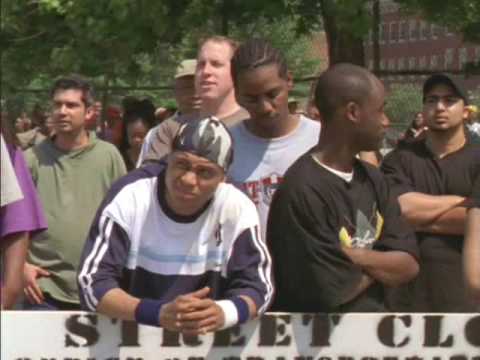 “This is Baltimore gentleman. The gods will not save you.”

Police Commissioner Burrell is, for intents and purposes, a villain of sorts on The Wire. He’s Black and the highest ranking police officer in the city, but he also has become way too politically savvy and good at keeping his job for him to ever be effective to the people of Baltimore. His quote refers to his threat to the police officers and captains under him whose numbers aren’t good enough. Though a work of fiction, The Wire comes from a real place of the perception of the police force. One that is more concerned with their stats looking good than doing good for the impoverished people of the community. Where the threat of punishment and discipline are more present for the numbers looking bad than they are for the treatment of the people they serve.

“Naw, the game is the same, just got more fierce.” 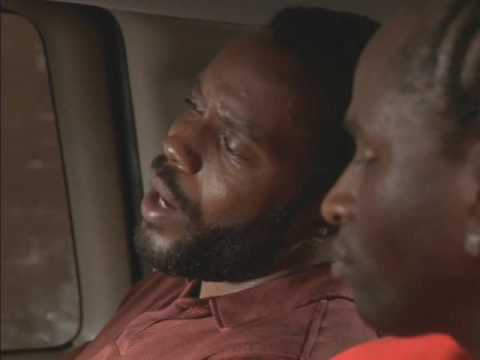 One of my favorite quotes from The Wire, and one that I use daily in conversation, is so indicative of the disconnect when people show a disgust for the response to police violence in the Black community. When people have felt that their community has not been addressed justly, they protest. When those protests are ignored, they riot. Rioting doesn’t belong to Black people – in  strange reversal, it’s one of the few things that Black people actually adopted from their White counterparts. There isn’t much different in the rioting in 2015 than there were in past decades, except now there is rolling video and not black-and-white still shots.

Also, this applies to the how we chronicle the violence of police towards People of Color. The skepticism about police officer’s versions of deadly encounters with the public are deafening as more of these situations have video or eye-witness testimony that contradict their stories.

“You can go a long way in this country, killing Black folk. Young males especially.”

“You think that if 300 white people were killed in this city every year, they wouldn’t  send the 82nd Airborne? Negro, please.”

This is the most poignant response to those that shout All Lives Matter against the Black Lives Matter protests. Those that dismiss the protests in favor of saying “all human life matters the same” are the same people that moved to the suburbs because it’s safer, but still lock all their doors and arm their ADT Home Security at night. There’s a difference between what we want to happen and what actually is happening. Acting like they are one in the same is a dangerous standard of assuming that nothing needs to be done about the disproportionate value placed on Black lives.

Roland Prybylewski shoots and kills a Black cop on sight.

When Prez shoots and kills a Black, plain-clothes officer while pursuing a suspect, it brings to focus the many machinations of how race, fear, and policing work. Prez was not some bigot and racist. But that doesn’t mean he didn’t have engrained prejudices and biases. He kills the officer (by firing first and not identifying himself) because he saw a large Black man during a tense situation and was scared. There are hints that Prez had moments of incompetence that led to him being shifted around as opposed to dismissed which sounds familiar in many police department handlings today. The shooting of Tamir Rice was from a police officer that had previously been dismissed from another department for conduct and competence, and yet he was given another chance at carrying a gun and badge, ending in him killing a twelve year old boy.

The Blue Line displayed in these series of events is especially poignant. None of his Black fellow officers think that Prez is racist and they all testify to just that. But none are delusional to think that this is random, either. There is a difference between actively hating Black people and falsely believing that Black people pose a threat by default. Sadly, the result is often the same.