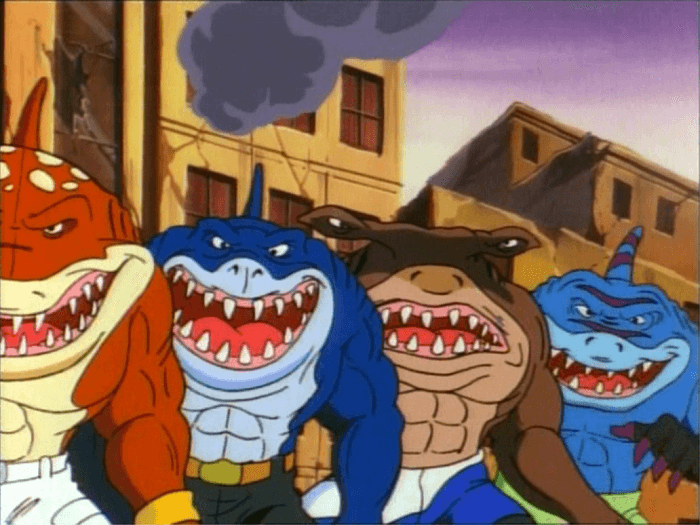 [divider type=”space_thin”]
Is there anything more validating than bonding with a friend over something obscure? Some of the best friendships began with phrases like “You watch that?!” or “You do that, too?!” Half the reason you love your favorite cousin or sibling so much is that grandma threw the same slipper at both of you; or you remember that time you both snuck into the baptism pool after Week of Prayer; or you both know that same Sisqo track by heart, because Dru Hill was the illest and Unleash the Dragon was so much more than the Thong Song. These are the things that make them your friends. They get you… in here. 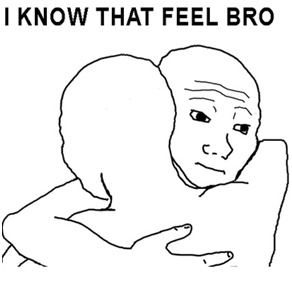 Now everyone’s seen Animaniacs and Sailor Moon. Pepper Ann was known to most, and chances are you were saturated with Pokemon whether you liked it or not. Even your not-so-nerdy friends watched Tiny Toons or Tailspin, it just came with the territory of being a socially aware 5th-grader. But what about those lesser-known cartoons? That’s where the real bonding comes in. 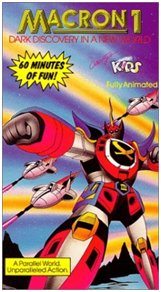 Actually older than Voltron, Macron 1 was one of the earlier mech-warrior animes to gain traction in the US. The US version of the show was highly edited from the original Japanese one to have a rather generic, easy-to-understand premise: a band of heroes were fighting an evil organization. But that didn’t matter because the visuals were stunning and we were just kids. 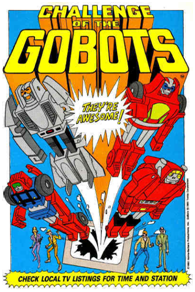 I HAD NO IDEA THIS WASN’T TRANSFORMERS. I was a child, how could I be expected to discern the two?! Just listen to the show’s description:

“A race of intelligent robots is hiding on Earth, disguising themselves as ordinary cars and motorcycles. There are two factions: the good Go-Bots and the evil Renegades. Each episode features new attempts by the Renegades to seize power from the Go-Bots.” –TV.com

There are bigger differences between McDonald’s and Burger King’s French fries than the premises of Go-Bots and Transformers. It’s all the better I thought they were one and the same – now I tell myself Go-Bots are the movies by Michael Bay. 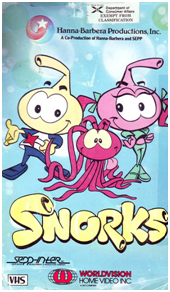 The longest-running show on this list, Snorks had only marginal success by being so overshadowed by the Smurfs. While the show seems rather shallow on the surface – smurfs that live underwater – the premise was actually rather complicated:

“In 1643, the captain of a ship under pirate attack discovered a tiny race of beings that lived underwater. After reaching the surface, the rescued captain shared his story of Snorks with a disbelieving world, while underneath the waves an excited Snork by the name of Uncle Galeo was spreading the word about the surface dwellers. Cut to modern day, where the Snorks have evolved much like humans, living in similar houses and eating similar foods.” –TV.com

Snorks rode out in the shadows of television cartoons for 5 long years. 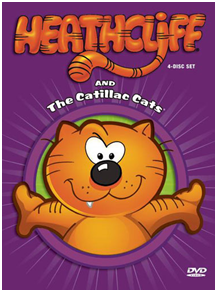 A clever street cat that loved getting into fights, Heathcliff would do anything for two things: food, and to impress the love of his life, Sonja. Heathcliff was to Garfield what the Snorks were to the Smurfs – simply too similar to coexist equally, one would have to fall back. That didn’t stop Heathcliff from being a fun show though, with one of the catchiest theme songs you’d ever hear. 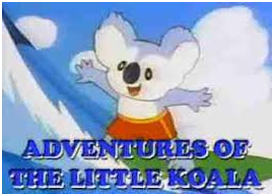 Adventures of Little Koala is a Japanese anime that was dubbed in several different languages and aired across North America, Europe, and the Middle East. The show takes place in a zoo in Australia and follows Roobear, Laura, and all their friends and they learn to play new games and enjoy their utopian village. Few shows cultivated a sense of adventure and the happiness of being a kid like Adventures of Little Koala.

This just took me back to another place, y’all. 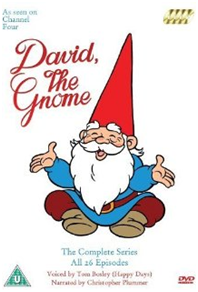 The World of David the Gnome is a Spanish cartoon that originated in 1985, but came to the US in 1987. The show inspired adventure and a sense of wonder as David revealed a hidden world of tiny gnomes that spoke with birds, rode on foxes, and feared trolls. I remember watching this show with my brother on weekends at our Dad’s house, and the memory is about to leave tears on my keyboard. 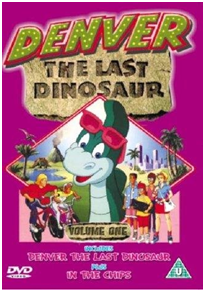 What kid wouldn’t want an awesome dinosaur? Denver, the Last Dinosaur capitalized on the dinosaur craze propelled by The Land Before Time, and introduced a loveable character who made friends with a group of young California teens. When Denver hatched, he just happened to speak English, love skateboarding, and enjoys jamming out on an ax. 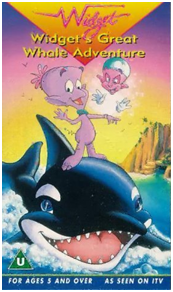 Widget was a shape-shifting alien that came from another planet to protect ours. Also created by Peter Keefe, Widget was like a purple Mr. Bogus who fought against environmental degradation instead of stealing your ice cream. The show ran for 2 seasons, undoubtedly kept on air due to support from the National Education Association and contentious adults everywhere due to its positive themes for children. This is the show your parents would turn on when your parents walked in the room. 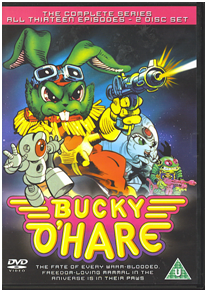 Captain Bucky O’Hare was from another dimension where each planet was home to a different species of anthropomorphic animals. The planet Aldebaren had Cats, Rigel 5 had Koalas, Betelgeusia had Berserker Baboons, and someone was high on meth when they thought of all this. The bad guys were the Toads who took over the Rabbit planet of Warren, causing Bucky to lead a group of space rebels in their crusade to take back their home.

Somehow, someway, Captain Bucky O’Hare was actually pretty awesome – it was essentially Biker Mice from Mars before that show even existed. The comic had a cult following and the toy line was pretty successful, making this one of the most popular cartoons that just never caught traction. It’s the Tech N9ne of 90s cartoons. The intro is downright amazing too, down to the catchphrase “Let’s croak some toad”. 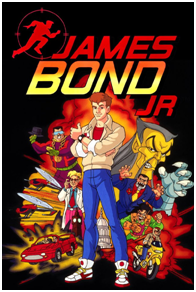 Despite the name, the series followed the adventures of James Bond’s nephew, James Bond, Jr. The show was created in 1991, taking place between movies License to Kill (1989) and Goldeneye (1995). Bond, Jr. fought against an international criminal organization, aptly named S.C.U.M. so we children would know they’re evil. And it was all done in style, “while he rescues a girl!” Ah yes, early 90s, you had such a long ways to go. 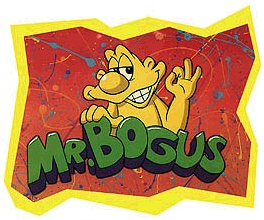 Made by Voltron creator Peter Keefe, Mr. Bogus is a yellow gremlin from another dimension. He lives in your house, can walk through mirrors, and his confusion with our world causes him to get into all sorts of trouble. Mr. Bogus had the makings of a horror movie and I feel we should have all been terrified. 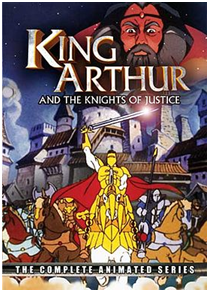 Picture this: The Pack are down 6, but Aaron Rodgers runs it in for a touchdown. After the discount double-check, he and the team fall through a portal set by Merlin, and they become the Knights of the Roundtable.

That’s basically the premise behind the most amazing obscure cartoon of the previous century. It lasted 2 seasons – someone must’ve believed in its awesomeness – and after years of waiting, both seasons are now available on DVD, Netflix, and YouTube. 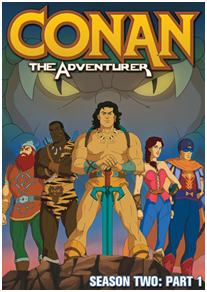 A fairly straightforward cartoon, Conan sets out on adventures to rescue his family that had been turned to stone. He had a phoenix, Needle, as a sidekick, and a faithful steed named Thunder. The show was better than you might’ve expected, being surprisingly and consistently entertaining. Instead of the rough brutish Conan, the animated character had a sense of morality and honor. Conan the Adventurer had no business being as good as it was. 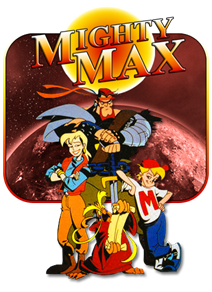 I hope it’s a mistake adding this to the list, because Mighty Max should in no way be considered obscure. Yet, when I asked around, people looked at me like I hallucinated the whole thing.

“You know – Mighty Max. He had a baseball cap that opened portals, and Norman was his bodyguard, and they would call Virgil a chicken but he insisted on being called a fowl? You know… Mighty Max!”

Granted it came on at 6 in the morning, but this cartoon was worth setting the alarm early. The 2-season series was most often light-hearted, but it was one of the earliest shows I remember to have some rather sinister violence where characters actually died. Not realizing it at the time, the cartoon actually received its share of criticism from adults over some of the descriptions of violence. Not to mention it had a fairly haunting ending. Invoking the statute of limitations on spoilers: practically everyone dies at the end.

Mighty Max was a funny cartoon that also managed to be surprisingly dark at times. Come to think of it, it might be time for an adult re-watch. 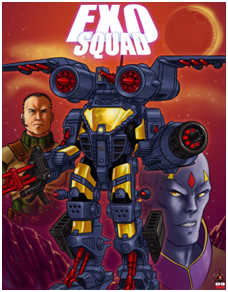 Exosquad was created in response to the popularity of mech-warrior type cartoons and video games inspired by Japanese anime.

Set over 100 years into the future, humans created an artificial non-human race called Neosapiens to serve as slaves as they expanded to colonize Mars and Venus. They engineered them to be bigger and stronger than humans to endure working in hostile environments, but then, due to their maltreatment, the Neosapiens stage a revolt and began a war. The show follows Able Squad as they turn the tides of the war on behalf of the humans and oh my god how was I not offended. 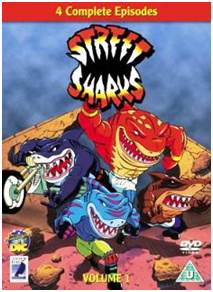 This was so awful, who could look away? In a transparent attempt to capitalize on the success of Teenage Mutant Ninja Turtles, DIC Entertainment created sharks-turned-heroes, the Street Sharks. You can almost imagine their boardroom meeting when someone suggests that if turtles can be so popular, imagine how much people will love crime-fighting sharks. The only problem – okay, correction, let’s say the main problem – was that none of the sharks had a distinctive personality, so there was no way to tell their personas apart. They were all frat boys who talked the same, dressed the same, and would make the same decisions. Street Sharks were the earliest iteration of dudebros, right there, under our noses. 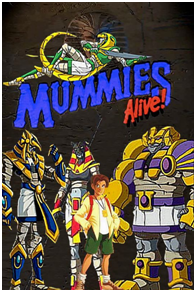 Of all the short-lived one-year cartoons, this is one of the most underrated. The show begins with an explorer from the west traveling to Egypt and standing at a sacred tomb:

Egyptian Local: I beg you, sir… perhaps it is best we do not—
Western Explorer: —open it!

The tomb has an inscription though, so the explorer reads it aloud: “Woe to him who breaks the seal, for he shall – aw eff it…” and he breaks the seal. Evil is unleashed and so the adventure begins. 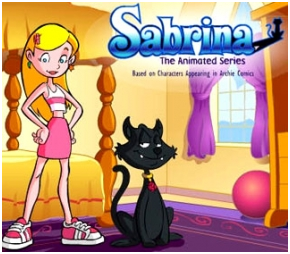 Instead of playing Sabrina herself, Melissa Joan Hart’s younger sister Emily actually voiced the role of Sabrina while Melissa voiced both Aunt Hilda and Zelda. The series ran for 2 seasons as it coasted on the popularity of the 90s sitcom, although the cartoon was worth watching in itself for 12-year old Sabrina and her best friend Chloe, voiced by Cree Summer.