As a child, my whole life pretty much revolved around watching cartoons. I grew up without any siblings, pets, or children my age living in the immediate area. I had a strict parent who never wanted me out of her eyesight, so after school I would rush through any homework I had, grab a bowl of Doritos, and plop down in front of the television. I watched all the popular shows of the time, like Doug, Rugrats and The Magic School Bus. I watched the more obscure ones such as Sonic Underground, Marsupilami, and Generation O.

[quote_right]Man listen, if Bugs Bunny tells you to put the crack pipe down, you put the crack pipe down.[/quote_right]I remember the Muppet Babies parodying Ghostbusters. I remember Batman: The Animated Series winning Emmy’s. I remember Nickelodeon giving Doug the boot to make way for *cough cough* *cough cough* better shows like Hey Arnold. I remember the Teenage Mutant Ninja Turtles guest starring on Oprah to promote their Out Of Their Shell Tour, and I remember when everything I ever knew about television changed. I was in kindergarten, sitting on the classroom rug with my other pals. I remember my Kindergarten teacher being more so strict, so when she headed to the television for the first (and last) time that year with a VHS in-hand my curiosity was piqued. 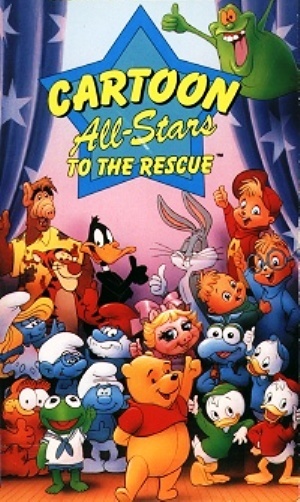 Corey is joined on screen by freaking Bugs Bunny, Kermit The Frog, Miss Piggy, Daffy Duck, Alf, Garfield, Winnie The Pooh, Michelangelo, Huey, Dewey, Louie, The Smurfs, Tigger, Gonzo, Slimer, and Alvin and the Chipmunks. Look at that line-up man, this the dream team. This ain’t even an after-school special anymore, this one of those rap posse cuts from the 90’s. Nah, this is ODB just casually walking past a Mariah Carey session and hopping on the Fantasy Remix, and you already know Gonzo is ODB in this situation, fam. THIS IS HOW YOU PSA FROM NOW ON, DO YOU HEAR ME? At this point me and many of the other kids were losing our collective shits. Never in my wildest playtimes or fan fiction dreams could I concoct something like this. Bugs Bunny, THE BUGS BUNNY, telling my kindergarten class not to do drugs? Man listen, if Bugs Bunny tells you to put down the crack pipe down, you put the crack pipe down. He played alongside Michael Jordan for Christ sakes. He doesn’t have to put up with this shit, he’s a motherfuckin legend. And then my nunchuckin’ ninja Michelangelo telling me to believe in myself?!

I love TMNT, and Michelangelo’s my favorite turtle. This hit close to home. I will believe in myself Mikey *single tear drops* I will. Bruh, someone in the writers room HAD to be on drugs when orchestrating this shit right here, man. As the special went on, each character passed the mic around, more or less telling Michael to “quit harming your body and being a dick to your sister; get some fucking help you loser.” 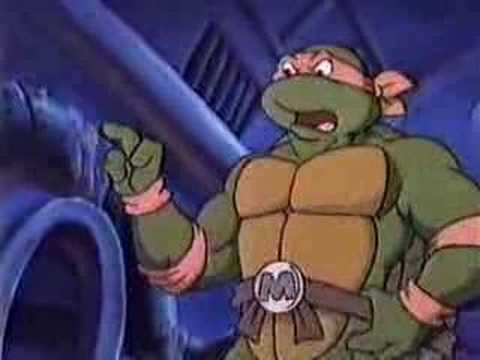 I admit the special was a bit bizarre (ever wanted to hear Simon and Bugs Bunny explain what Marijuana is, or hear Alf threaten to eat Garfield? Then you’re in luck.) and a little preachy, but after the plethora of speeches and obligatory musical numbers were done (you already know Alvin killed the hook!) the film got its message across. By the end, Michael had learned the errors of his ways and vowed to turn his life around just in time to stop Corey from taking in her first hit (if you can’t beat em, join em?) and the pair went downstairs together to alert their inattentive parents about Michael’s activities.

Looking back now, I think the special was a cool, fun, and yet kind of flawed in a way (a child could look at this and figure that with drugs they can see all their favorite cartoon pals) to shine awareness on a very important subject matter. I would be interested in seeing an updated version for today’s generation.