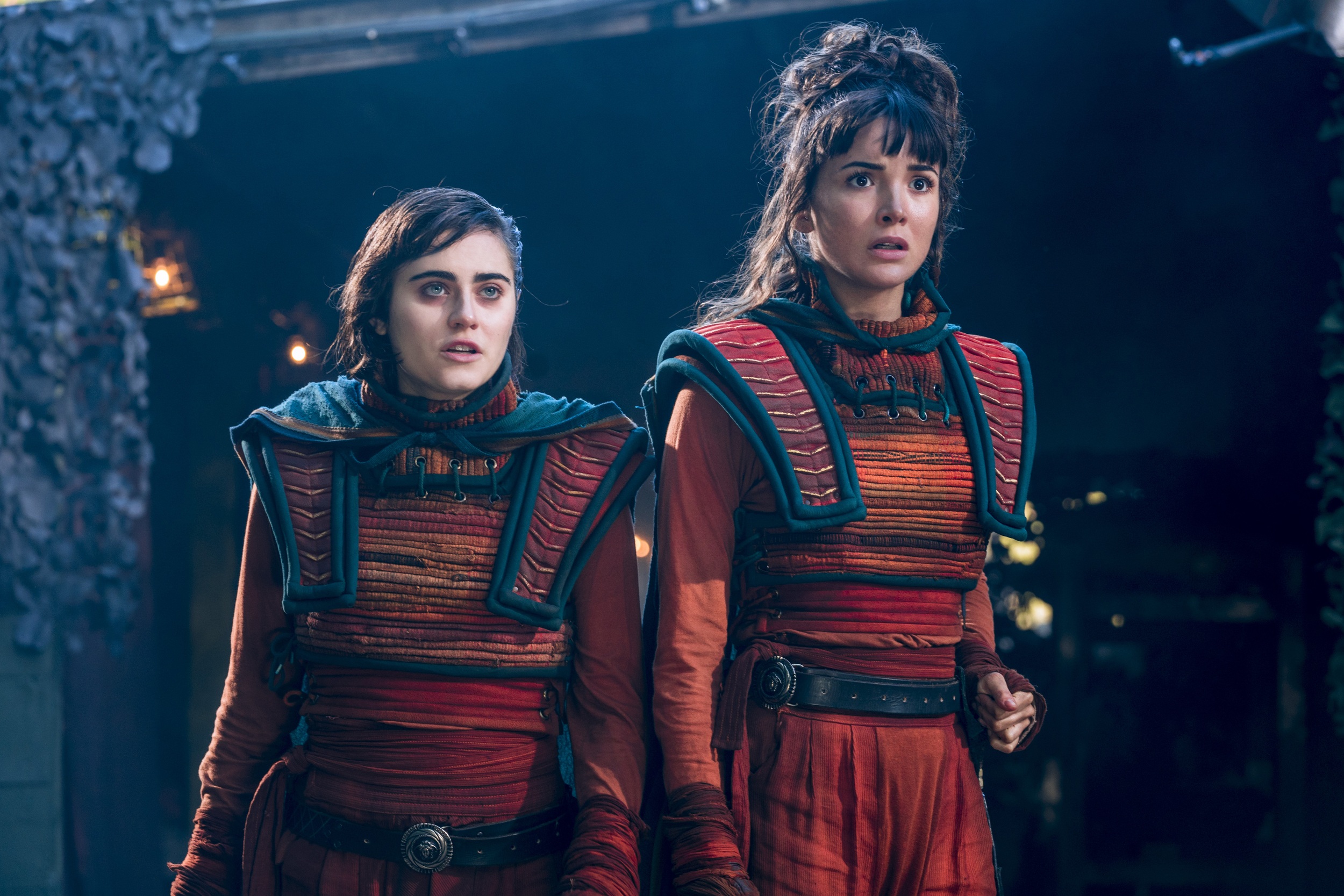 
Immediately, this episode starts with an attack on Tilda and her crew by Nathaniel and the Butterflies. While Nate Dog and the Iron Rabbit square off, Odessa and the rest of the band of thieves at the refugee camp. There they try and fail to beat the babes in blue. When Tilda is knocked out by Nathaniel, non-girlfriend Odessa attempts to take on the Widow’s new Regent. She gets captured in the process. While all this is going on, Bajie, baby Hank, and Sunny happen to be on the road to Chau’s border wall. Sunny’s great plan of pretending to still be the Regent will obviously work out, right?

Back at the Sanctuary, Lydia, of course, has accepted the Widow’s offer of Viceroy and is back at the poppy fields she once ran with Quinn. Nathaniel rolls up with Odessa and the prisoners and the two of them have another moment. Yeah, they had a thing back in the day. Nate Dog recognizes Lydia’s writing and knows she was the one who warned Tilda about the raid via carrier pigeon. Lydia doesn’t try and deny it, and Nathaniel is no rat. Instead, he tries to kiss her but Lydia isn’t having it. She reminds him that love is not a good characteristic of a Regent, just ask Sunny. Later on, she shares more of that priceless wisdom with Tilda, letting her know that she didn’t sell out the refugee camp by taking on the Widow’s mantle. According to Lydia, a good leader must compromise. She sees leadership skills in Tilda that the ex-Baroness never saw in her own son. Great. Another role model mother figure for Tilda.

Sacrifices at the Border

At the border, Sunny, Bajie, and the blue Clippers attempt to outsmart the archer who’s been killing their troops. They develop a pretty flimsy plan that seems to involve running right in the path of the archer and trying not to get hit by poison arrows. One of the clippers, Wren, is shot. With poison flowing through her body, Bajie performs some crazy foot magic that he learned with the Abbots for pain relief. In order for Wren to have a chance at survival, the Healer lets Bajie know they must cut off her leg.

Elsewhere in the under siege Butterfly camp, Sunny and a baby-faced camp counselor take it upon themselves to find a way to get baby Hank across Chau’s border and go on the offensive against the archer. While Bajie and the Healer work on saving Wren, Sunny and the archer go at it. Per usual, Sunny beats the archer and, still being “super soft Sunny,” tries to spare his life. Unfortunately, the Butterfly Clippers aren’t as sensitive as Sunny, and Baby-Face ends up slitting the archer’s throat and bragging about it to his buddies. It isn’t all bad, though. Wren survives and Bajie seems to feel like he did some good for a deserving young woman. Unfortunately, Wren isn’t very happy about being out of the fight and pretty much cusses Bajie out before telling him to get out of her face. Poor, sweet Bajie. He just wanted to help.

Back in Black (Eyes)

Unsurprisingly, the Widow was exactly right when she said Tilda would come back to her. The Iron Rabbit storms into the Widow’s lair all dramatic and demands the Widow free Odessa and MK. Minerva counters, asking Tilda to return and become her second Regent, which doesn’t make any sense, but whatever. Tilda is willing if it means her two loves, Odessa and MK, can be free. Before she can formally accept or reject the offer, MK comes storming into the room, all hopped up on being Black-Eyed again. Before he can kill the Widow, Tilda stops him and the three of them–Odessa included–leave the Sanctuary.

Honestly, this episode bored me to tears. Give me more Azra drama! Or at least give me some poly-love between Odessa, MK and Tilda.