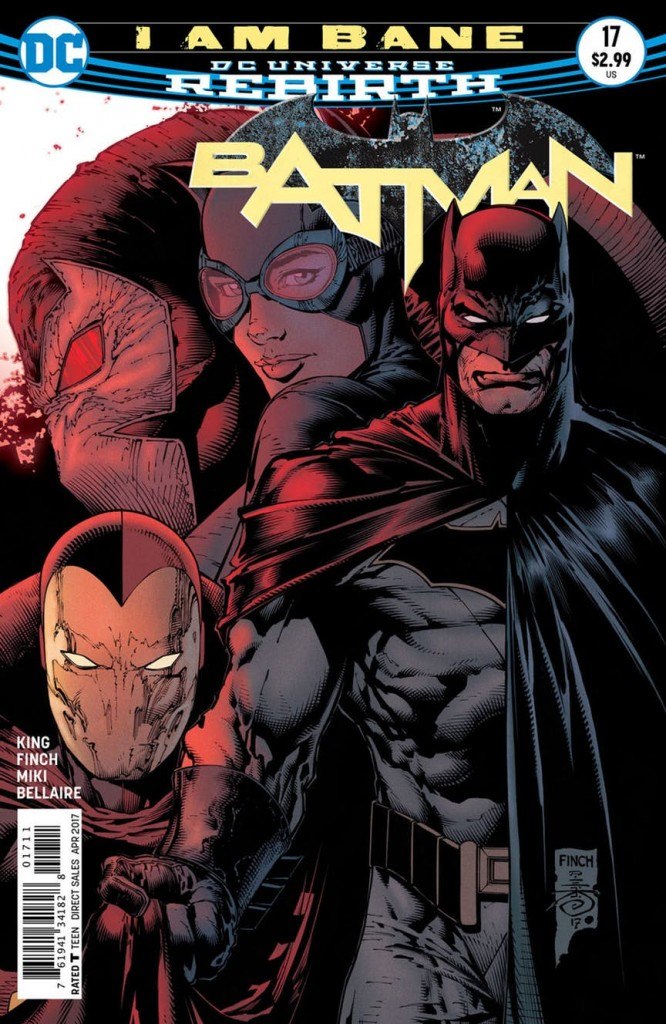 Tom King’s Batman run is ramping it up even more. Issue #16 ended with Nightwing, Red Hood, and Damian Wayne all disregarding Bruce’s pleas to stick to the sidelines for his fight with Bane. The end result? Bruce walked into the Batcave to find their almost lifeless bodies hanging from the ceiling. Talk about a cliffhanger. (Don’t hate me for that.)

No worries, issue #17 doesn’t leave you wondering about their fates for too long.

It’s clear from the events of the last issue and this week’s that this duel between Batman and Bane is going to fit right in with the brutality and disregard for decency that the great ones of the past have. Bruce knows this, so he does his best to protect those that are closest to him while he buys time for Psycho Pirate to cure Gotham Girl. But there’s a problem, can one really hide from Bane? 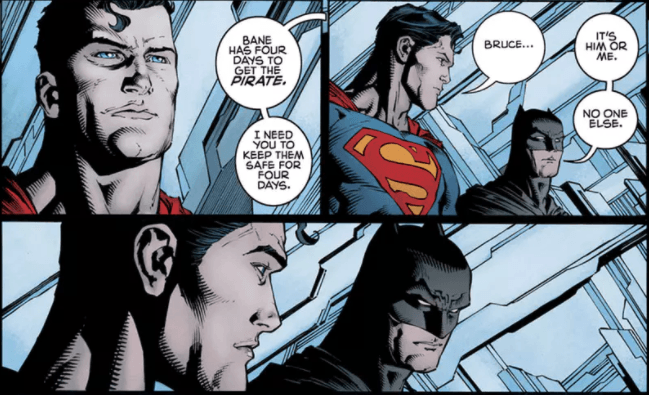 If you’re the kind of person who’s too impatient to wait for the action to start, I Am Bane is perfect for you. Bane doesn’t take any breaks to strategize. If he’s going to go to war, he’s going to bring the fight to whoever’s unfortunate enough to be in his crosshairs.

Things to look out for in this issue: