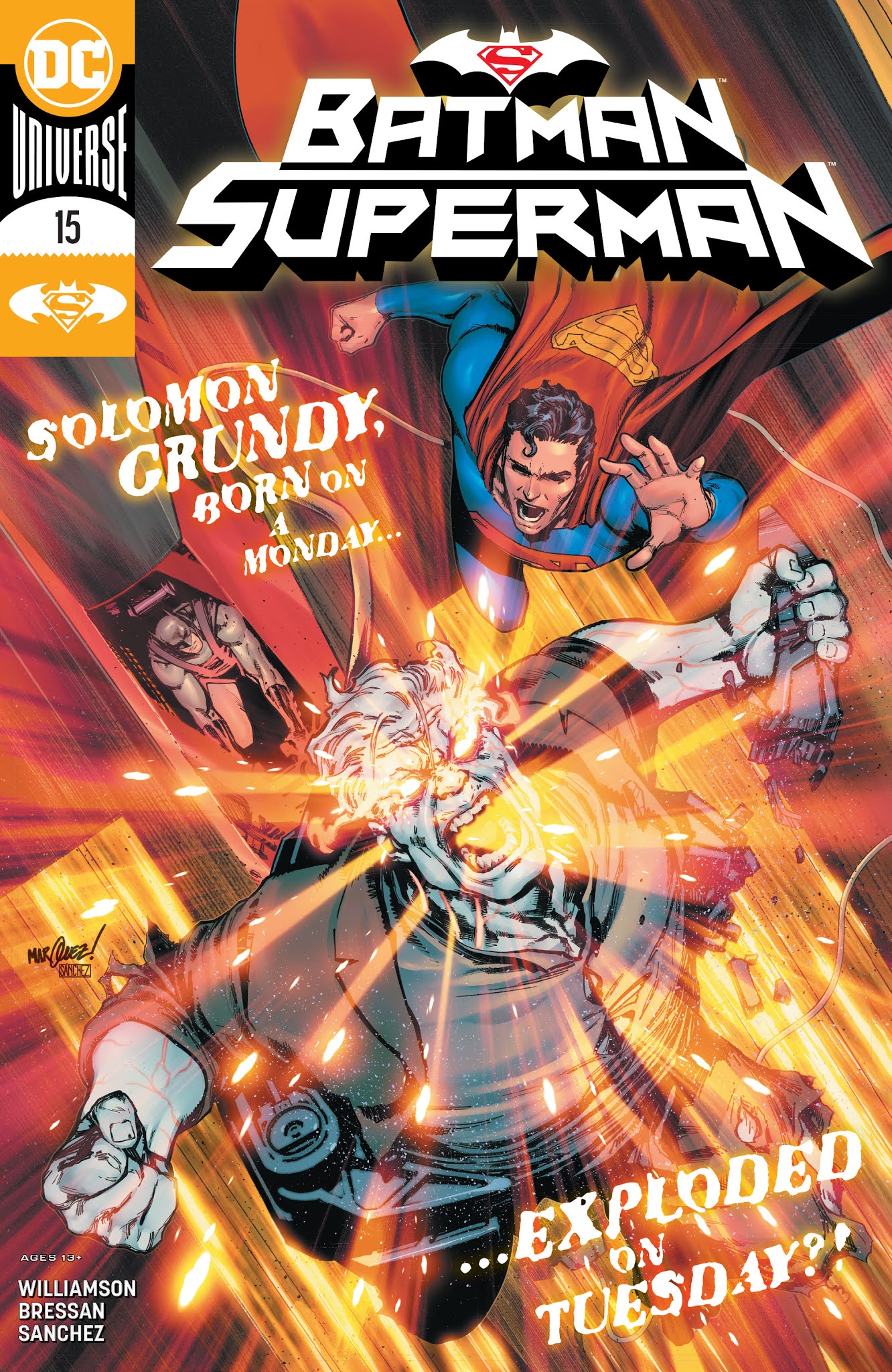 Batman / Superman #15 follows 2/3rds of the Trinity as they try to stop Solomon Grundy from exploding and taking half the United States with him.

This book exists in that weird spot where the things that happen in it are canon, but they don’t exactly cross over or tie into the main events taking place in the grander DC Universe. That’s what happens when you have a handful of Batman and Superman books.

But because of that, the stories get to take more chances since they more or less stand on their own.

As you undoubtedly know, this book is centered around Batman and Superman, and while it often shows them fighting big bads together, the moments that are really special are the ones where they get to be friends. That good wholesome content, you know?

This issue has that in spades. As I mentioned earlier, the two heroes need to transport Solomon Grundy to his birthplace, Slaughter Swamp, before he goes nuclear. To add to the conflict, there are nefarious villains who want to use this living bomb to their advantage. So, Bats and Supes need to get Grundy there ASAP.

The stakes are through the roof, but in the end, this story really tugs at the heartstrings. Grundy, whose normally pure brute force, also doesn’t want to be used as a bomb. He wants to return to Slaughter Swamp in peace so he can restart his reincarnation process.

Batman and Superman, through all the conflict, manage to have moments where they get to show each other and the audience that they’re the best of buddies. Those instances were able to warm my cold, dead heart. So, I’m sure it’ll warm yours too.

Batman / Superman #15 gives us a heartwarming story fit for the holidays as best friends in a snowstorm try to get their other friend to his home before it’s too late.