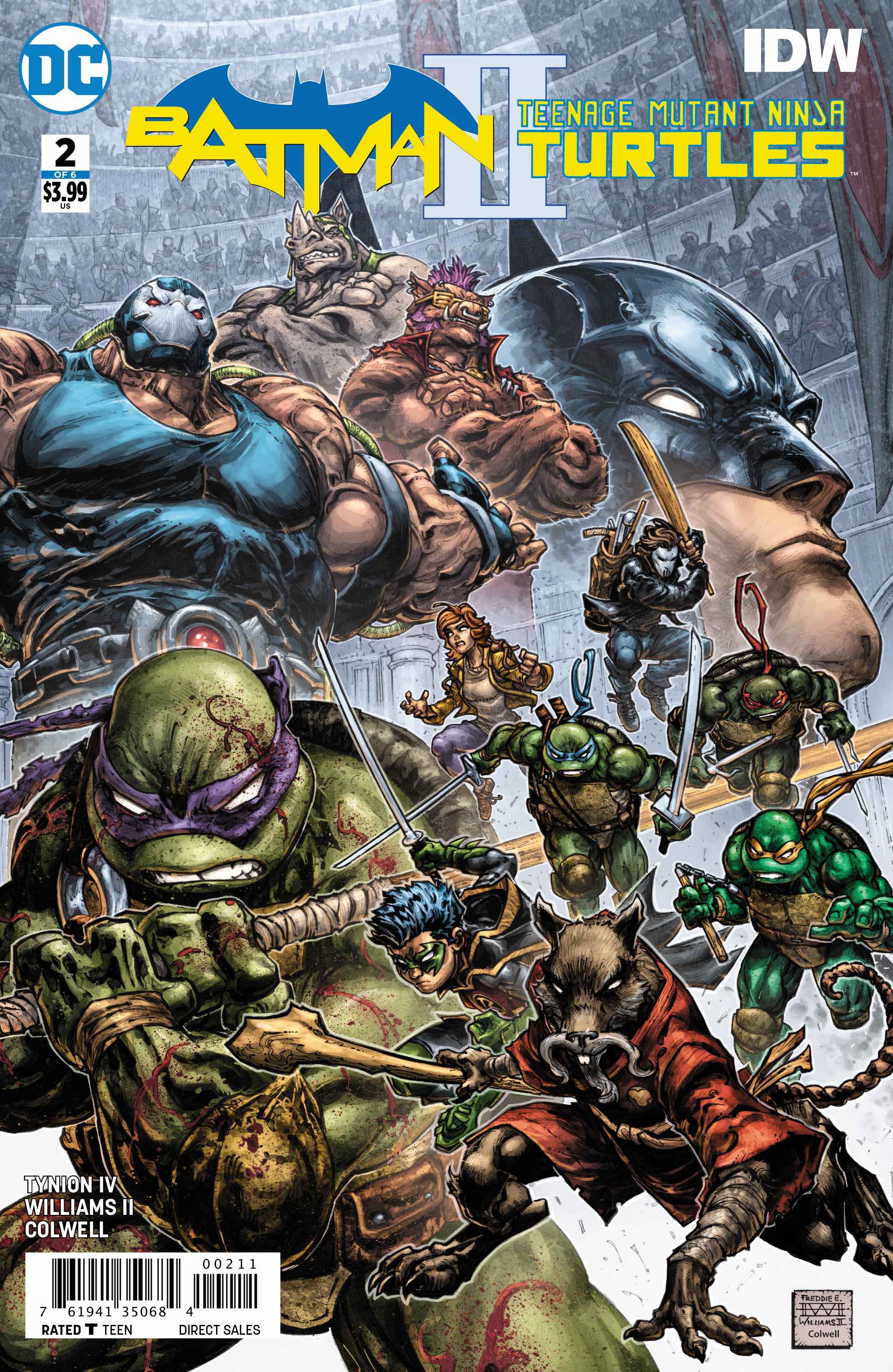 James Tynion IV and Freddie Williams II bring us the second installment of Batman/Teenage Mutant Ninja Turtles II: A Knight in New York. The comic begins with a favorite pastime of mine; a superhero and villain engaged in civilized dialogue. Batman drops in on one of his classic villains ready for a fight but is unexpectedly met with cooperation and discussion. Comics and comic book-based media has a reputation for huge, action-packed fights. The tense electricity between Batman and someone who tries to kill him on a regular basis makes for a tasteful respite from the excitement.

Not being a team to disappoint, Tynion and Williams go straight into a fast-paced chase. The first official team-up adventure between a turtle and a Bat-family member connected with me on an unexpected level. One of our beloved TMNT characters is referred to as “turtle”. Without missing a beat he shuts that down, demanding his real name be used. It’s unfortunately commonplace to deal with coworkers and classmates using inappropriately informal addresses. We decide whether to let remarks slide or to call them out. This second act will come to mind the next time a similar situation arises.

The book blasts on ahead. Our displaced villain from Gotham attempts to consolidate power in the New York City underground. At the same time, the Bats and the Turtles unite and begin a plan of attack. I can’t preach the gospel of Williams’ art loud enough. The visuals of every page strike hot. Just as important, Tynion moves this story along quickly without it seeming rushed. The book is meticulously paced. Moving between a surprisingly diverse number of settings allows for Williams’ layouts to hit perfectly timed bursts before moving on to the next scene, sometimes with dramatically different palates.

Two books in and this comic continues to live up to the hype set by the first mini-series. If you love Batman and Teenage Mutant Ninja Turtles there’s no reason you should have needed this review to tell you to pick it up, so, good for you!