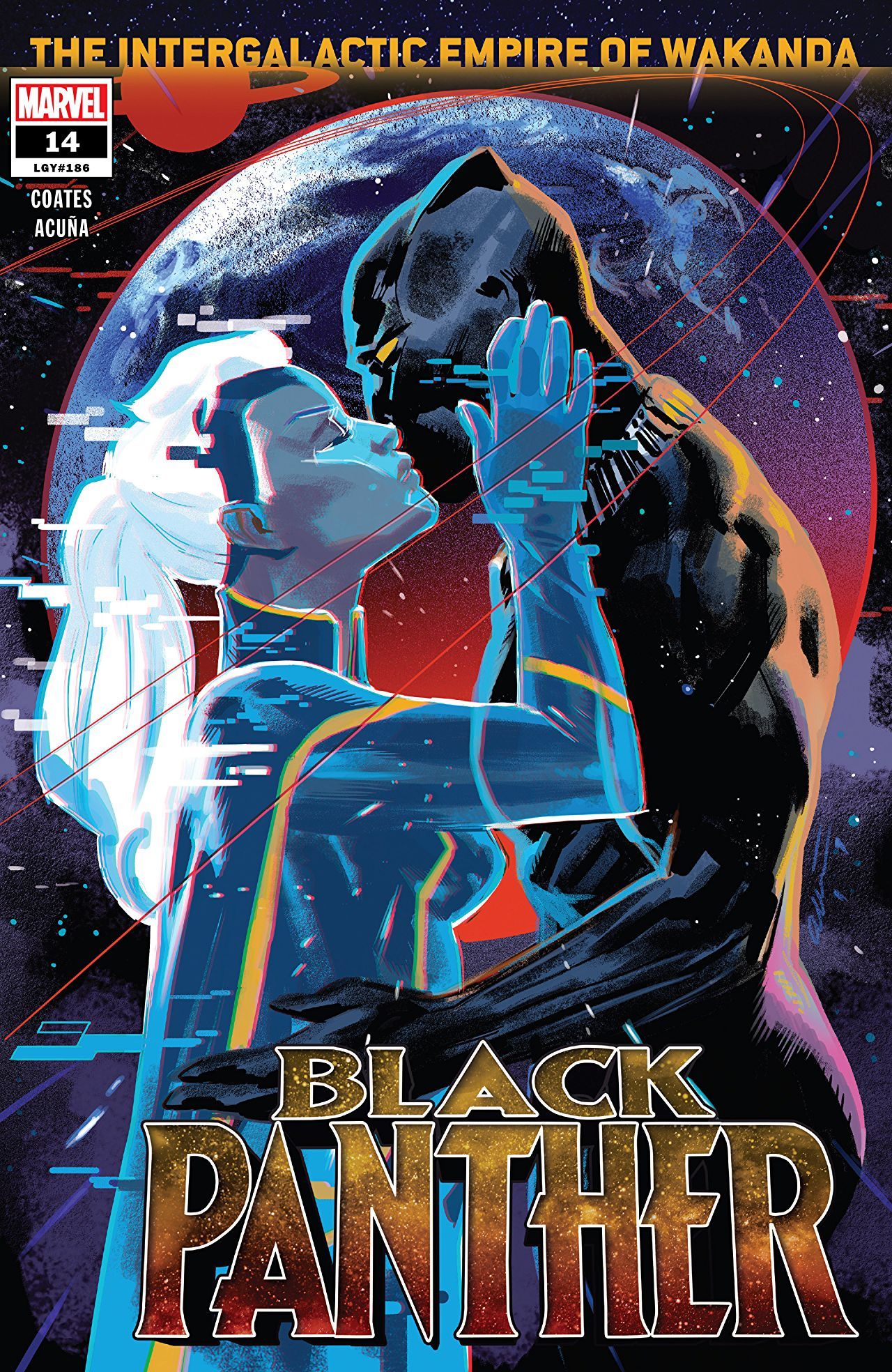 “Welcome back to the stage of history.” I mean, is it history if it’s afro-future? Is it afro-future if it’s in the present? Either way, Black Panther #14 is on the shelves and giving you that ‘Black To The Future’ realness.

Issue #14 picks up seconds after the events of the last book with T’Challa succeeding in making a Wi-Fi call to Wakanda Prime on Earth looking for help. After pleasantries, Queen Ramonda lets T’Challa know that the nation is thriving in his absence and questions if they can spare the resources to help. She definitely responds to her son the way most folks would reply to an ex asking for a favor. It’s a pretty savage mom-type move, actually. Nakia keeps it one-hundred and replies with the only matter of importance; N’Jadaka has taken over entire galaxies – and Earth is his next target for conquest. The moment of long-distance connection is short-lived as the Maroons come under attack by N’Jadaka’s fleet way ahead of schedule! 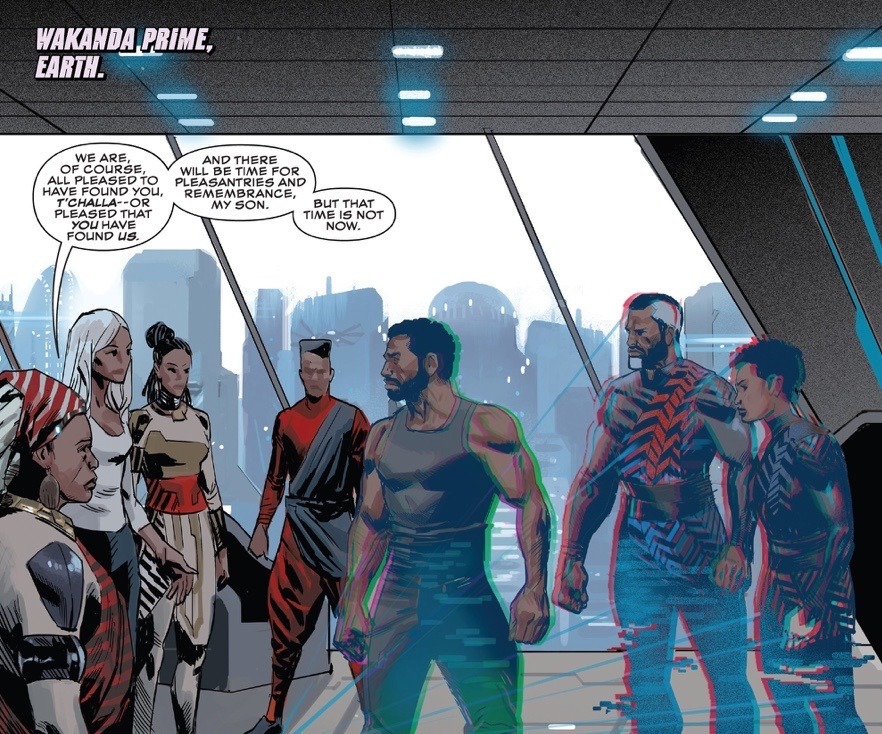 Black Panther #14 is an issue focused primarily on the cost of things. Coates provides a layered approach to great effect. Ramonda and Shuri engage T’Challa in conversation about the cost of disrupting Wakanda’s hard-fought peace. N’Jadaka’s pursuit of his daughter offers insight on the cost of ruling an (insidious) empire. M’Baku’s desperate fight against the imperial fleet outlining the cost of rebellion. On Agwe, Farouk measures the cost of saving his people. In a very subdued way, Coates brings to mind something Joss Whedon brought back to Marvel in his run on Astonishing X-Men and would bring to the first two Avengers films: war has a cost, paid for with the lives of people. Ta-Nehisi Coates elevates the notion by detailing the cost on all sides of the conflict. Storm is sometimes used as a prop in some Black Panther arcs, it’s dope to see Ororo honored as a dignitary; to be regarded as someone with more experience than anyone else in the room. Storm is the heart and conscience of the Wakandan nation, on T’Challa’s behalf, which creates a tension I didn’t see coming. 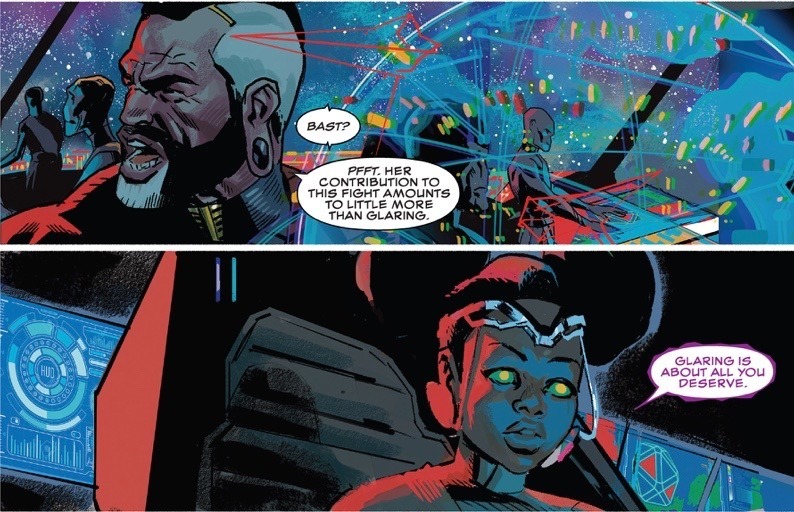 Daniel Acuña gets a lot done on one page, let me tell you. The layout is so well-designed that it reads almost like its own language. A lot goes down and the techno-organic art style looks sleek and moves at the same breakneck pace as the story. Gotta tip my hat to the art team on this book for bringing vibrant colors and motion effects to the stagnant void of space. There’s a panel I swear came right off the screen from the JJ Abrams Star Trek films. There are still details on characters’ aesthetic and detailing that clearly reads as Africana, from M’Baku’s gauged earlobes to the casual swag of Bast’s young avatar. If there’s a game being played, Coates and Acuña ain’t playing. 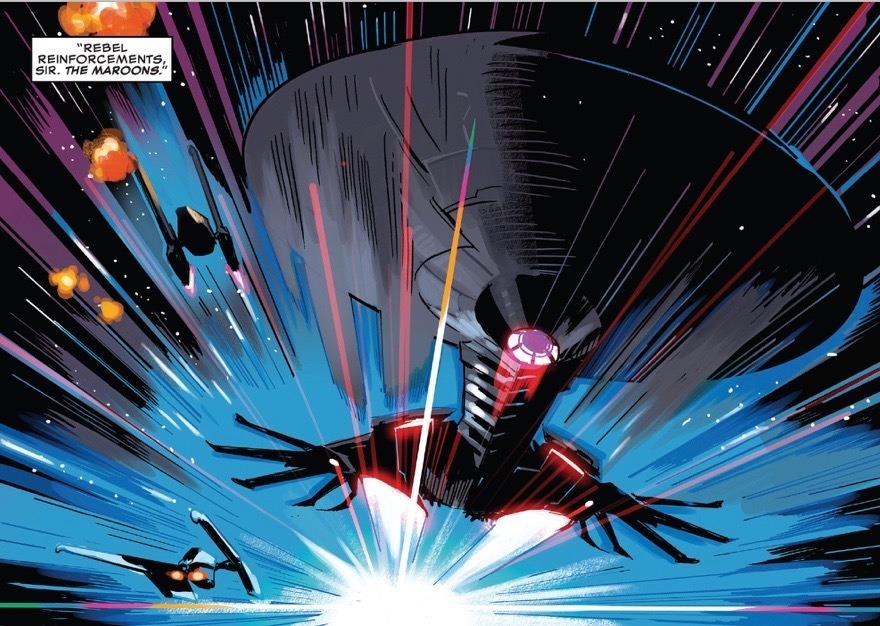 While the Intergalactic Empire arc itself is quite brilliant, issue #14 plays the role of interlude, shifting the playing field for the characters and setting up the next large-scale conflict. It’s. About. To. Go. Down.

7 #BlackGirlMagic spells out of 10