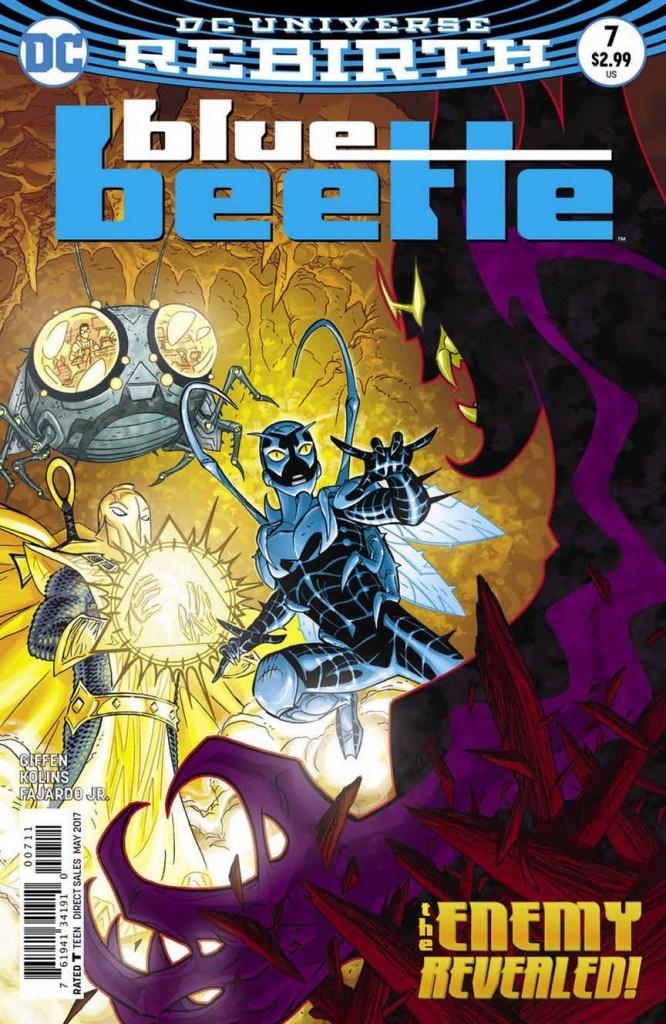 They really making your mans and dem Jaime Reyes go through it. We got his soul on call waiting as Dr. Fate fight the Scarab and we get a glimpse back at how far these two are connected. We see Dr. Fate fighting Arion a sorcerer desperately trying to use the scarab to save Atlantis.

This fight is pretty back and forth, as it seems Dr. Fate gets merked and back at Fate’s Tower Kent Nelson is freed from being his [unwilling?] vessel. We are getting a look into this new incarnation of Fate and apparently, dude’s a dick. The true highlight of this issue is seeing Ted Kord back into the fold in order to rescue Jaime as well as giving Fate a helping hand. 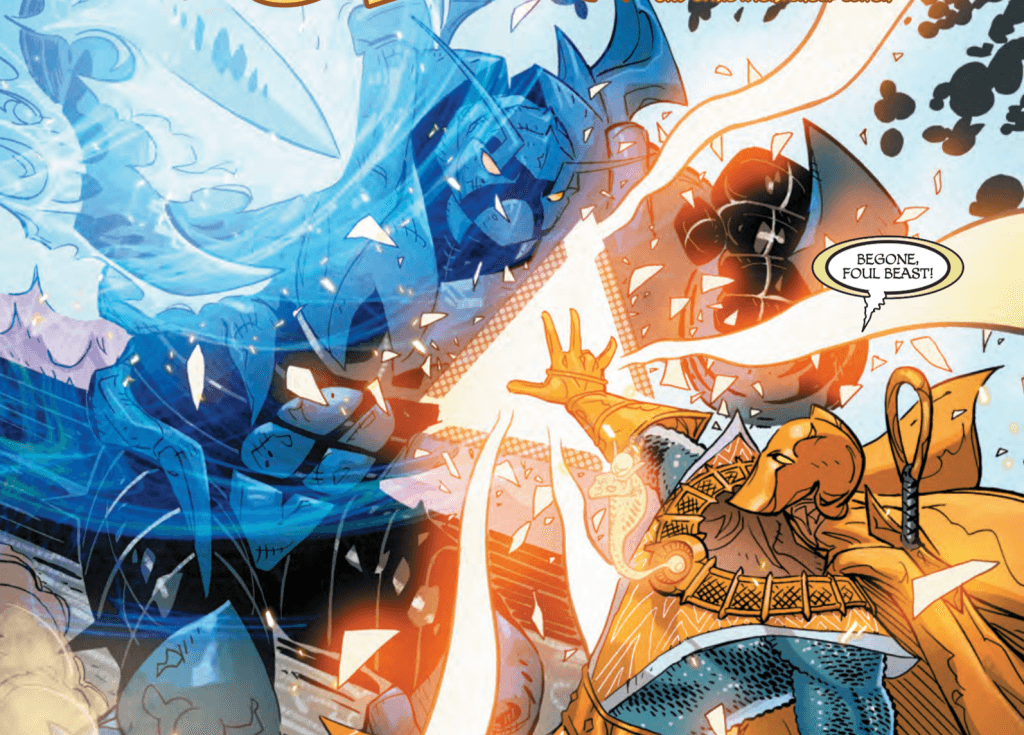 Kolin’s art does a good job of making the scarab look more ancient in the past in its appearance in contrast to the modernization of the weapons. The Scarab is having more of a tie to magic instead of alien technology this time around, it will be interesting to see how this plays out further now that it’s objective as far as we know has been completed with the comeback of a certain evil.

8.6 Missed Banter Opportunities out of 10