Black cis-gendered woman who knows she is a threat simply by existing as Black and Female.

A week before the election, I found myself humming “Walk Through the Fire.” I had two papers to write that evening and in my quest to continue to procrastinate, I found the “Once More With Feeling” episode’s soundtrack online to fulfill my need for geeky musicals. On my 8-hour drive home that weekend to vote in my hometown, I continued to loop Joss Whedon’s Buffy the Vampire Slayer musical. I voted Tuesday morning, hopped back in my car to drive back to campus for an Election Watch Party, and thought my itch for the Buffy-verse was done. However, as the reality settled in that Trump would be the next president-elect, I found myself wondering if I was suddenly living in Sunnydale. I felt numb and Buffy’s verse in “Walk Through the Fire” took on a whole new meaning.

Even in my disillusionment with the current reality we face, my need for Buffy the Vampire Slayer corresponds with my need for safety and reassurance. I was disappointed that a strong woman with a resume that showcased she was clearly qualified for President was blocked by a man that has never held an elected office let alone a real job. The reassurance I needed that as a woman, I can still come out on top despite how others portray capable women as too strong, emotional, or underestimate their skills came in the form of blond-haired former-cheerleader Buffy Summers, just trying to do what’s right and save some lives while she’s at it. 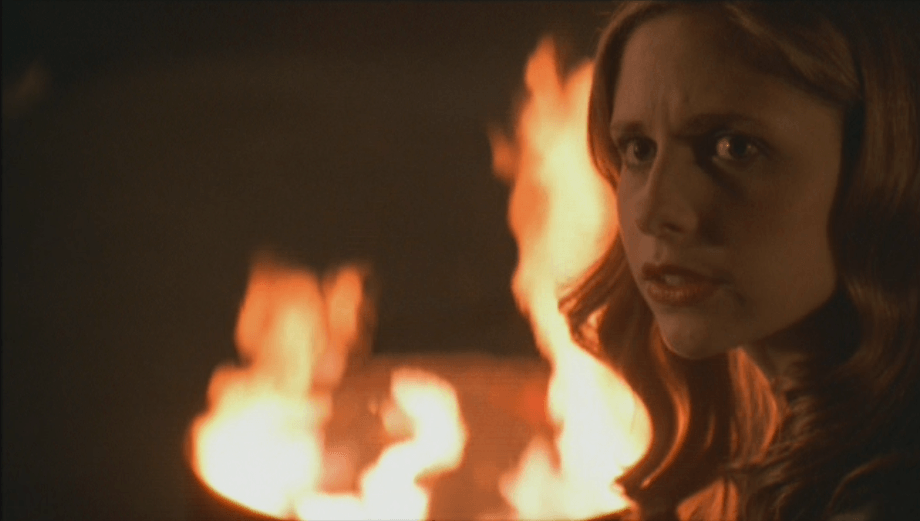 The doors of hate and discrimination that Trump’s campaign has opened up has me seeing vampires and demons all over the place.

Then, there’s the monsters. Hateful beings who prey on the lives of others are everywhere in the Buffy-verse, but Buffy and the other Scoobies are there to stop them. The doors of hate and discrimination that Trump’s campaign has opened up has me seeing vampires and demons all over the place. Looking at that red map that showed me what America REALLY thought about me and other people of color, hearing the increase of hate crimes since the election, and witnessing the boldness of white people at my liberal university feeling emboldened to wear their “Make America Great Again” hats that never came out during the election let me know that I will have to kick some Hellmouth butt. I’m going to train my mind, body, spirit, and emotions so that I can protect myself and others who are now further marginalized from the white vampires and hate demons who now take us as easy prey. 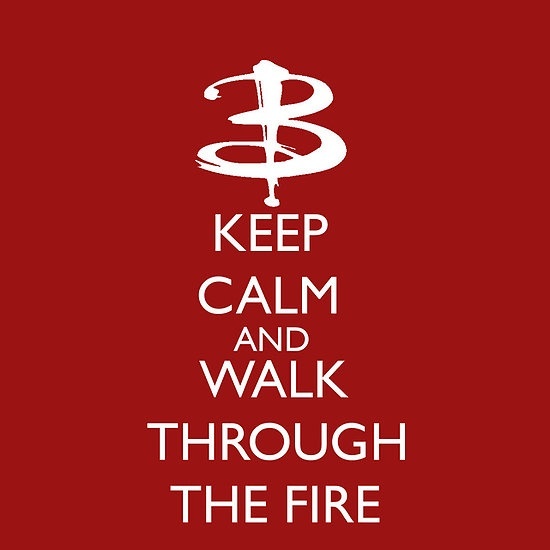 Each episode I re-watch not only brings back fond memories of better days but a determination that even in darkest of times, we can still fight and use every weapon at our disposal to combat terror. Just like Buffy. 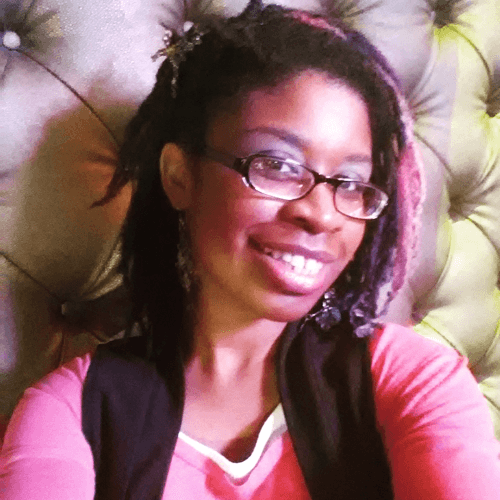