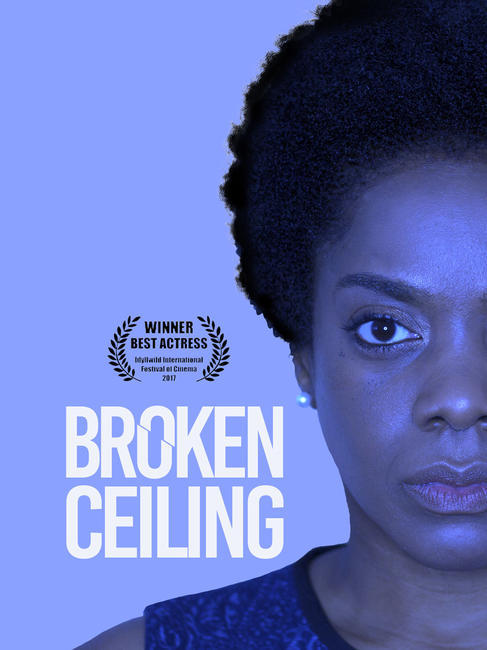 The premise of Broken Ceiling is this: “When Angela Walker is passed over for yet another promotion, she decides she’s going to have to break through the invisible corporate barriers once and for all.” Well, color me interested. Being director, Adam Davis’ first feature film, (his award-winning short films include 2016’s No Touching starring Zoë Bell, Heidi Moneymaker, Jake Busey, and Doug Jones), he sure did set out to make a film that is timely and relevant in the present day. Shot entirely in a nondescript office in four days, this independently produced film speaks to toxic work environments and what happens when the dogged out, underpaid, under-appreciated, taken for granted and surely underestimated have had enough. 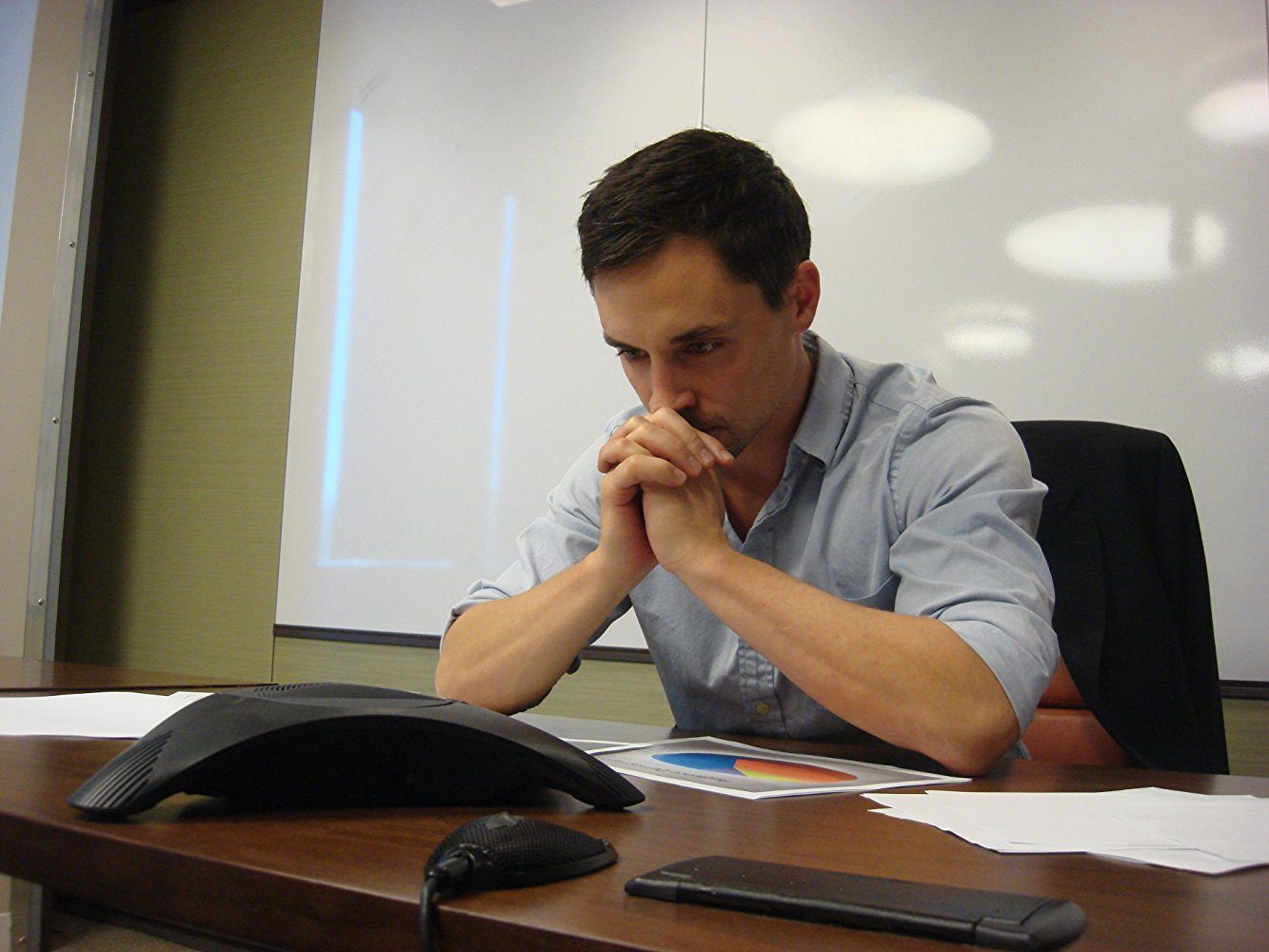 What works the best here in this drama is the ability of the actors to work on and against each other in contained spaces. The best scenes are the cast in the conference room on a Saturday morning during the conference call. You know, that conference call that has everyone’s hopes and dreams (and their asses when it comes to their jobs) on the line. Regen Wilson is Ken Wolf (Fear The Walking Dead, VEEP and The Haves and the Have Nots), the boss or Ken, the great manipulator and soothsayer of all the right words at the right time. He is unabashedly loud and quick to anger with his direct reports over the tiniest inconveniences and smallest irritations. His relationships with the three other employees who join him this fateful Saturday are complex to where when they are revealed later down the line, you can see how he’d been playing them against each other. Wolf is convincingly the big dog in the yard and brash enough to make you remember it—until he isn’t.

Torran Kitts is Garrett, the young upstart—newer to the company and newer to the corporate world. He is bright-eyed, too eager and obviously a junior, but entrusted enough to be a part of this crew for this big deal happening. Later in the second half of the film when things get way more heated, Kitts has some unfortunately funny lines of dialogue while trying to defuse an escalating situation while he’s in shock. We see an interesting tag along but not quite buddy-buddy presence between him and his senior at the company, Tyler, played by Rane Jameson (The Spearhead Effect, The Monroes and NCIS)

Tyler is the slightly older employee of Ken who has been with him at the company perhaps as long as Angela. As something of a right hand man, Ken saw potential in him long ago when he was young and kept training him for more. He is almost like a father figure of sorts as well. Yet something is amiss and Tyler is on to it, feeling left out the loop somehow until he has the pieces he needs for a possible confrontation later. Jameson kills it in a scene alone in the bathroom after making a call when all his insecurities come to light and he starts to crumble under what he’s uncovered. I can’t help but see him and Angela as foils to each other. They tiredly joke around and seem to be Ken’s oldest workers present on this weekend workday. While they both vie for the same promotion, one is weak and one is strong. Both clearly take matters into their own hands but only one does their homework so they don’t just become someone selling wolf tickets. 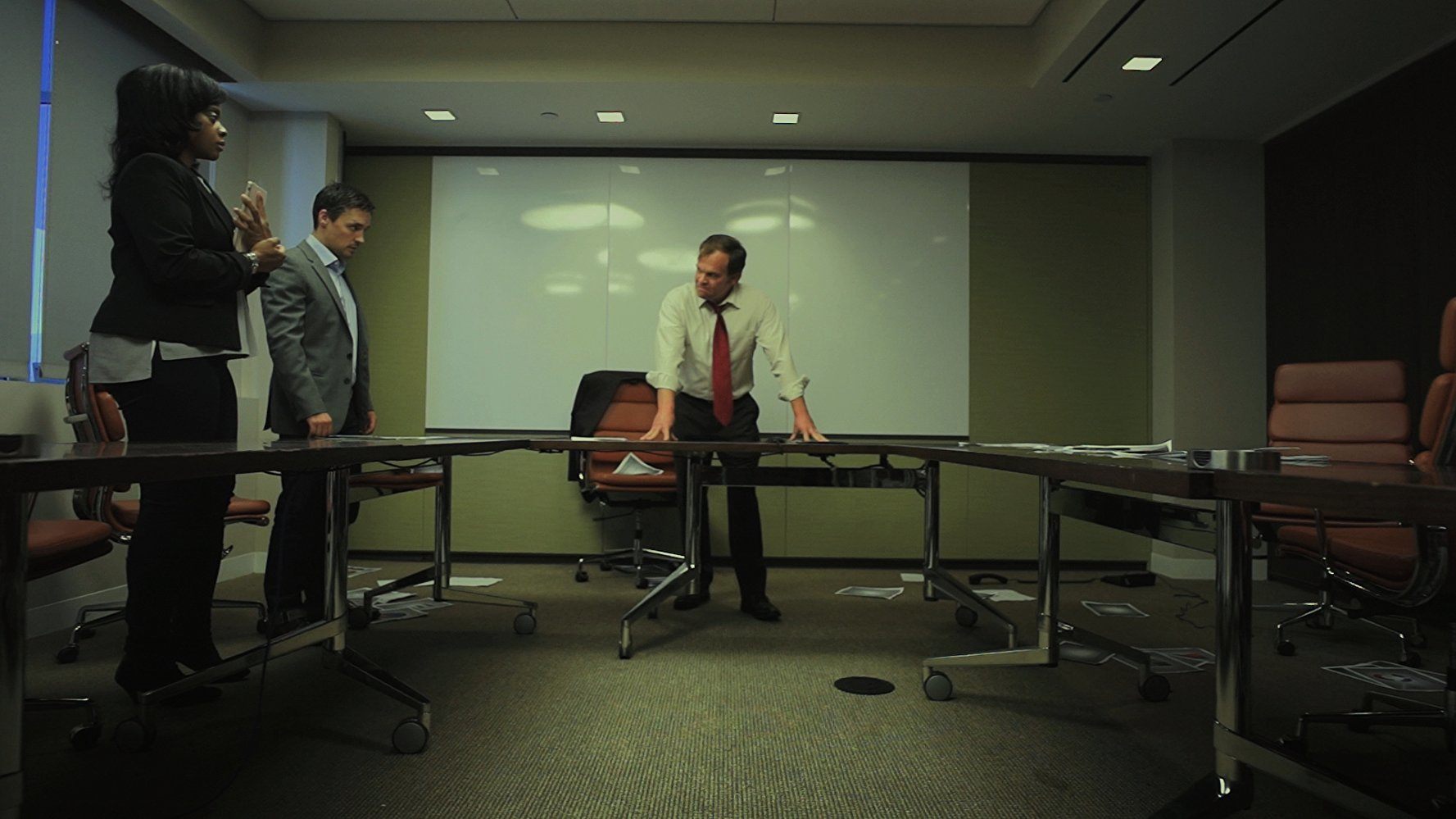 But it is Angela, portrayed by Karan Kendrick (Hidden Figures, The Hunger Games, and the forthcoming The Hate U Give), who is the best part of this film. We see her almost wearing the office and her job like a second skin. She is assertive, knowing she deserves the promotion, the pay raise and the recognition. She craves the acknowledgment of all the work she’s put in and the cementing of a higher position in the company because she’s been Ken’s secretary for so very, very long (and has worn more than one hat while doing her job over the years).

Kendrick excludes a terrifying calm when she enacts her master plan and when she pokes fun at the others and laughs, it is a satisfying pleasure to watch. When she explains all the compromises she’s had to make in life, starting from childhood, it’s a thrilling thing to witness even if it is a tiny bit heavyhanded. Her performance tackles several issues that connect together: what if feels like to be non-white and non-male in a company, in an industry and in a system that continually takes you for granted, plays down your worth and plans to keep making you work twice as hard for something that isn’t promised to you. 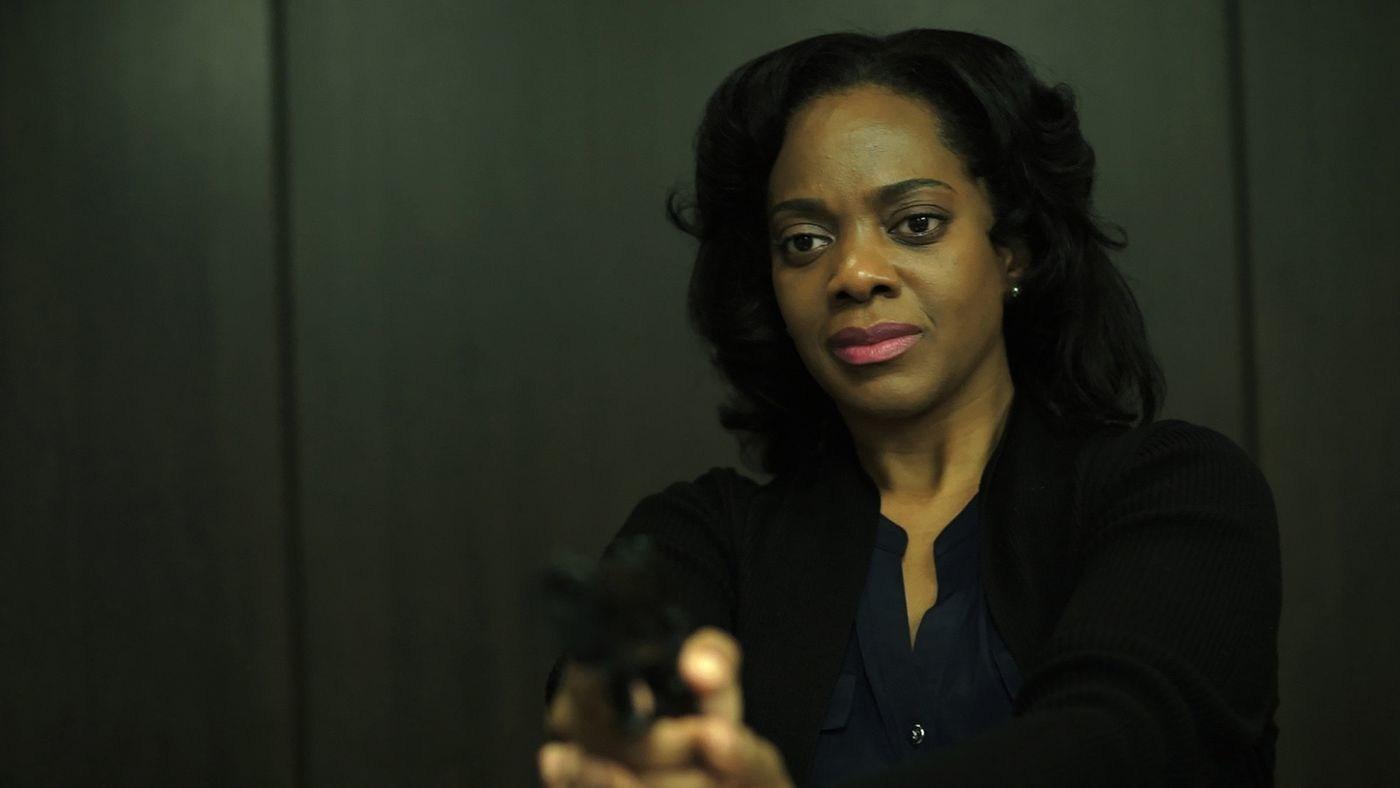 This conference call drama gets a bit muddled in the middle with a few scenes dragging on a bit too long. Angela puts her plan in action in the conference room and helps set the train back on the tracks while the drama certainly intensifies. Kendrick’s performance is this film’s secret weapon and it’s a shame it took so long to see it in full. I can’t forget Jay Disney’s voice as Mr. Bradford, the perpetually unimpressed man on the other line of the conference call who artfully plays his part well in this whole debacle. Broken Ceiling is good for seeing an intriguing play on characters that get pressed too hard and too often and too long in one space. I felt catastrophic. I felt nervous. I felt pinned down. Broken Ceiling is a timely response to toxic workplaces everywhere, knowing your worth and being ingenious enough to make it all come to ruin when you’ve had enough.

The film is now available to rent and/or buy on Amazon, Google Play and YouTube.