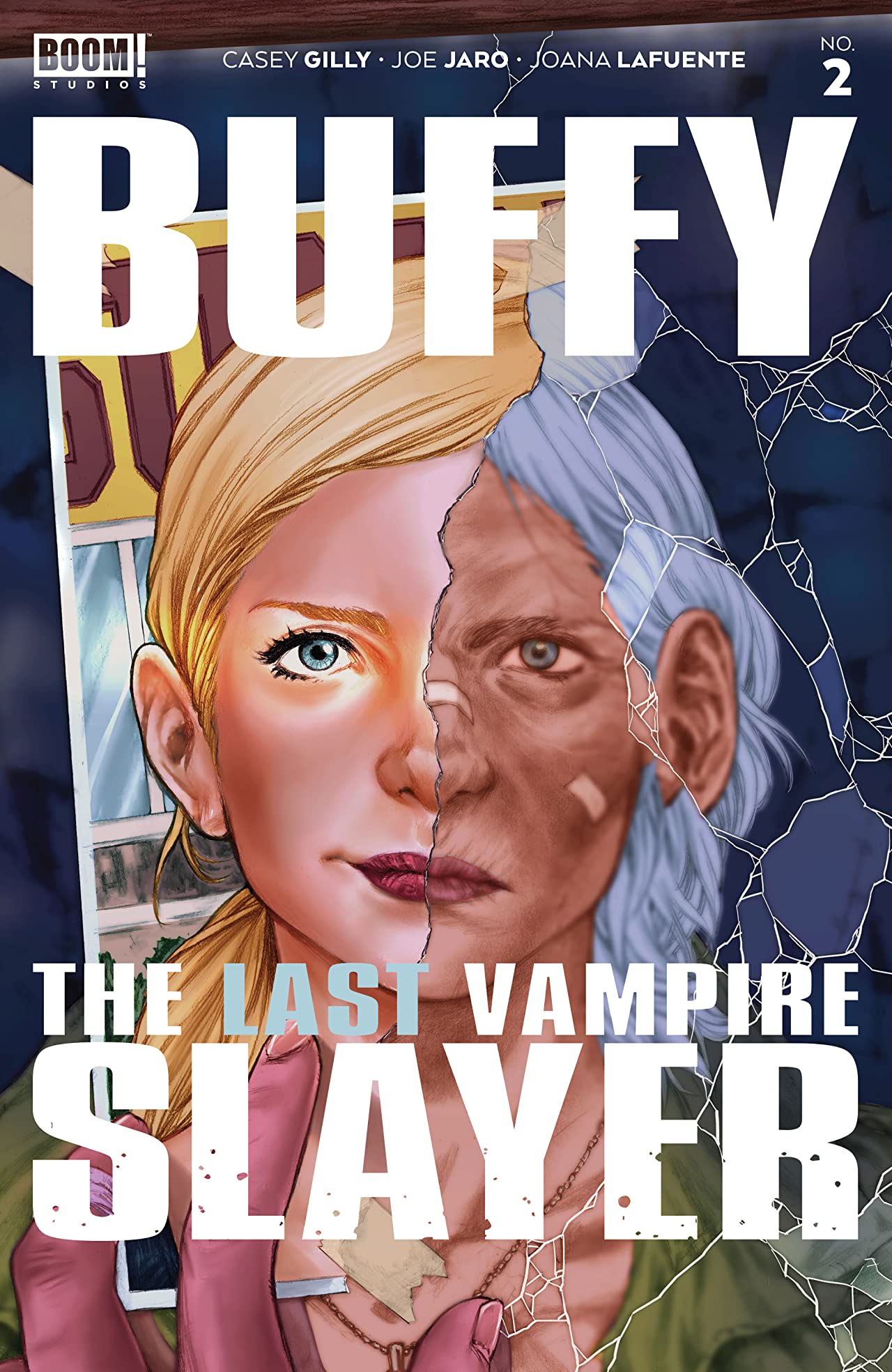 Truly, the worst part about reviewing comics is that protocol and convention both dictate that you don’t spoil the twists. You don’t give a window into the details or cliffhanger (although, you are more than welcome to mention that there is in fact a cliffhanger). You just mention what’s being done well and a synopsis of things that happened last issue and where the current issue starts off.

Thankfully, the requisite month has passed and now we finally address one of the most fascinating parts of Buffy The Last Vampire Slayer: Thessaly, the daughter of Willow and Tara. Her mere existence brought up several questions about the events of this particular alternate timeline, and Gilly quickly expedites answering some of the many lingering questions from the bombshell reveal last issue.

As a Buffy fan, there is something very sweet and very heartwarming about seeing Willow and Tara getting a proper happy ending with a full wedding. Jaro perfectly captures aged versions of these beloved witchy characters while also providing a lot of fun moments of Thessaly’s childhood. I also have to give props to Gilly for the incredibly meta and incredibly accurate line of “30 percent of kids of witchy lesbians have to be named after a comic book character.” What a fantastic string of text. What perfectly encapsulated Buffy energy this book has.

Buffy the Last Vampire Slayer #2 dedicates the first half of the issue to Thessaly’s origin story and the second half to the ramifications of Thessaly seeking refuge with Buffy, and it’s great. I can’t talk about all of the wonderful things that do happen. What I can tell you is that Gilly must be absolutely gleeful writing these scripts, and Jaro is doing a phenomenal job of capturing the spirit of Buffy while also imparting a distinct style that’s special to this particular reality.

This is the story I never knew I wanted. This is a great example of why professional fanfiction is fantastic. Buffy the Last Vampire Slayer shows what happens when invested creatives get a chance to revisit and reinvent properties they admire in some capacity and get to expand the world in new ways. This is not the Buffy we know, but it is a Buffy that is still familiar and one we want to get to know, and I’m already counting the days till issue #3.