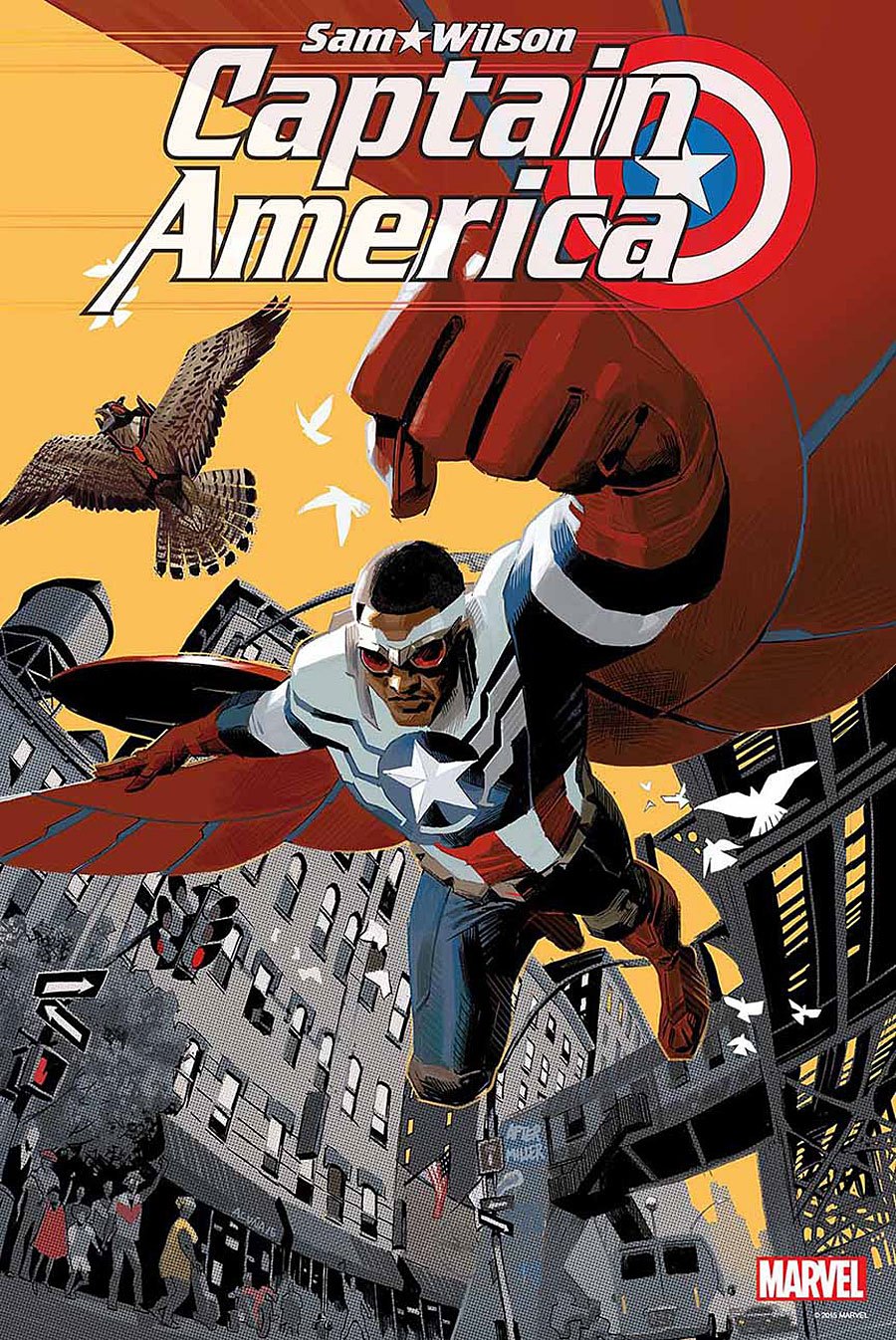 Captain America: Sam Wilson #1 is a prime example of art imitating life (and its many different facets). While touching on serious issues, such as the gaping separation of ideals in America’s political structure, it also takes time to illustrate Wilson’s struggle of adjusting to a new position – something we can all relate to.

On a much lighter note, it also finds a way to crack subtle jokes at popular news headlines of recent months, such as the mention of a “mighty wall” to keep immigrants from coming into America (Donald Trump and many others) and leaning on a local parish to support your need for a private jet (Creflo Dollar, Jr.).

While reading the issue, I couldn’t help but draw parallels between Sam Wilson’s experiences and what I imagine our own president had to deal with when coming into office, being seen as “Captain Socialist” by far-right constituents who throw accusations of hypocrisy and extreme liberalism at every opportunity.

Some would like to see less real-life references in their comics. I’m part of the camp that likes the occasional reminder that the medium likes to take on grander issues than over-the-top world domination attempts and looks at unavoidable truths of our own society.

The first issue of what I expect to be a long series – fingers crossed – set up origin points for a lot of plotlines to be later explored. There’s strife among Cap and S.H.I.E.L.D (and, pretty much, everyone else), hints of romantic tension between Wilson and a character many have come to love and the biggest punch is, of course, saved for the last page.

This issue was full of small moments that spoke to much larger issues and themes that give it a long-lasting replay value. I’ve already said that All-New Captain America would be a series I plan for my future kids to read because of how it touched on issues that I know they’ll need to be aware of. But with Captain America: Sam Wilson continuing that theme, and adding historical/political context to the mix, I’m even more sure that they’ll be reading this one day.