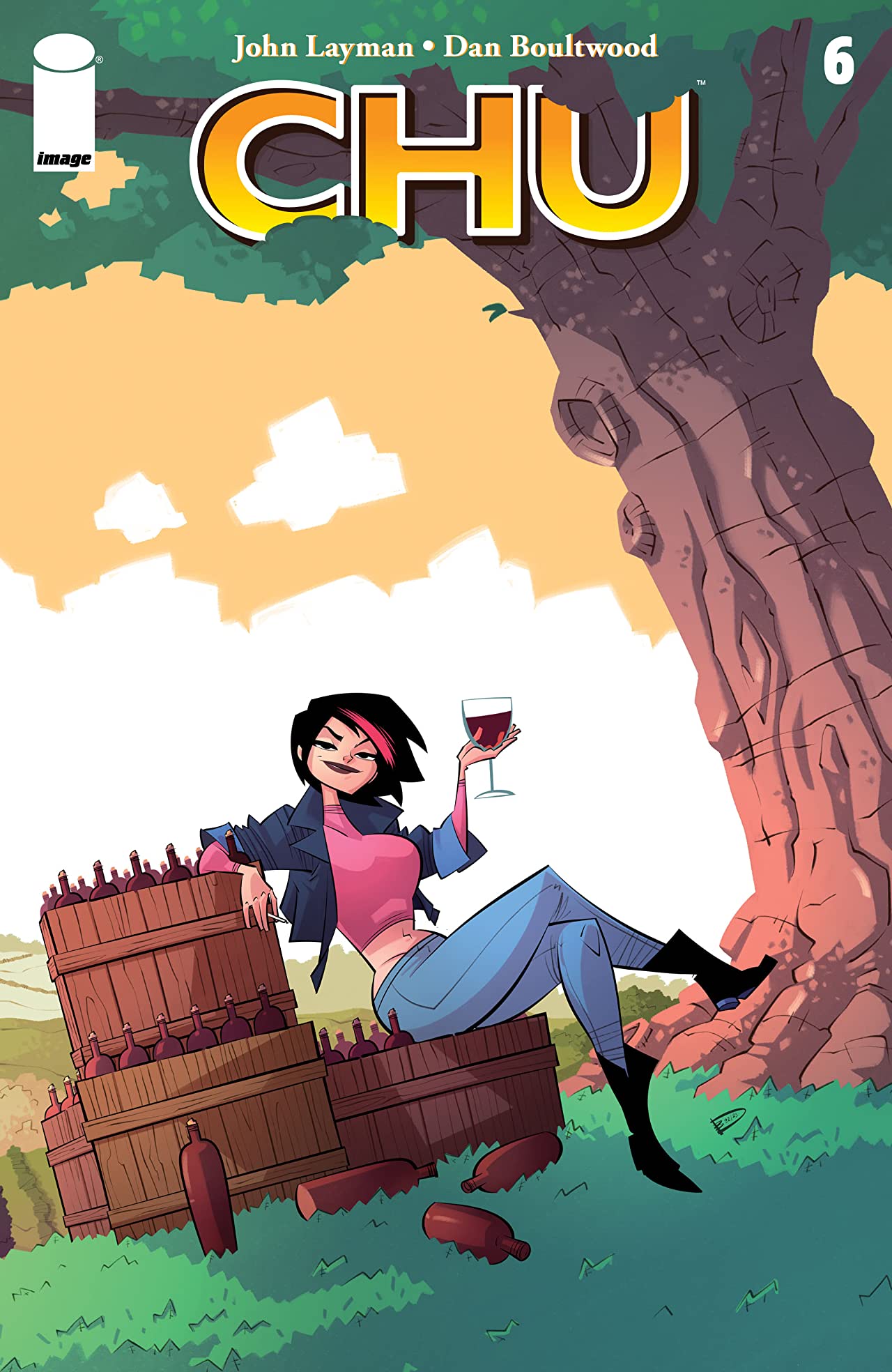 The first arc of Chu has one issue that I had varying degrees of frustration with throughout its run: Saffron Chu as an individual character never felt quite as developed as her brother Tony. Now of course, I had spent about 12-fold more time with Tony than Saffron, but the Saffron’s cibopars abilites were never given the same explicit hook that Tony’s cibopathy. Saffron was constantly sharing screen times with other characters where it felt like we never really got a great sense of how she would navigate the world until the back half of the arc, especially considering the care that was taken to back-edit/integrate Saffron into the lore of the Chew-inverse.

Chu #6 feels like a proper start and now that Saffron is free of familial obligations, she is figuratively and literally stretching her legs and showing us what she is truly made of.

If you need a brief reminder, Saffron’s cibopars is the ability to gain the knowledge of skills of anyone she shares a meal with. For the past three years, she has been in a women’s correctional facility and has managed to pick up a variety of useful skills, including pickpocketing. It is a joy to see Saffron, the low level grifter, become Saffron, master criminal, through the use of her powers, and Chu #6 really leans into us getting to know Saffron Chu as a jane of all trades, master of all of them. Layman writers Saffron with much confidence and vibrato and you can tell all of the time spent baking in Chu #1-#5 paid off with a much more well baked character portrait.

Furthermore, Boultwood’s artwork remains vibrant, quirky, and energetic. Each page oozes with dynamic character expressions, brilliant set pieces, and dozens of little details that really sell the passion he has for the series. It’s a very animated comic, and I would not be surprised if it joined its Image sibling Invincible on a streaming service sometime in the near future.

Chu #6 is the proper introduction to the character. This is the true act 1 for Saffron Chu and her first outing as a free woman is a much easier sell. All of the classic charm you expect from Chew is here, but now we have a brand-new protagonist exploring a drastically different side of the universe. It feels like the creative team has found their stride and is sailing forward with gusto.