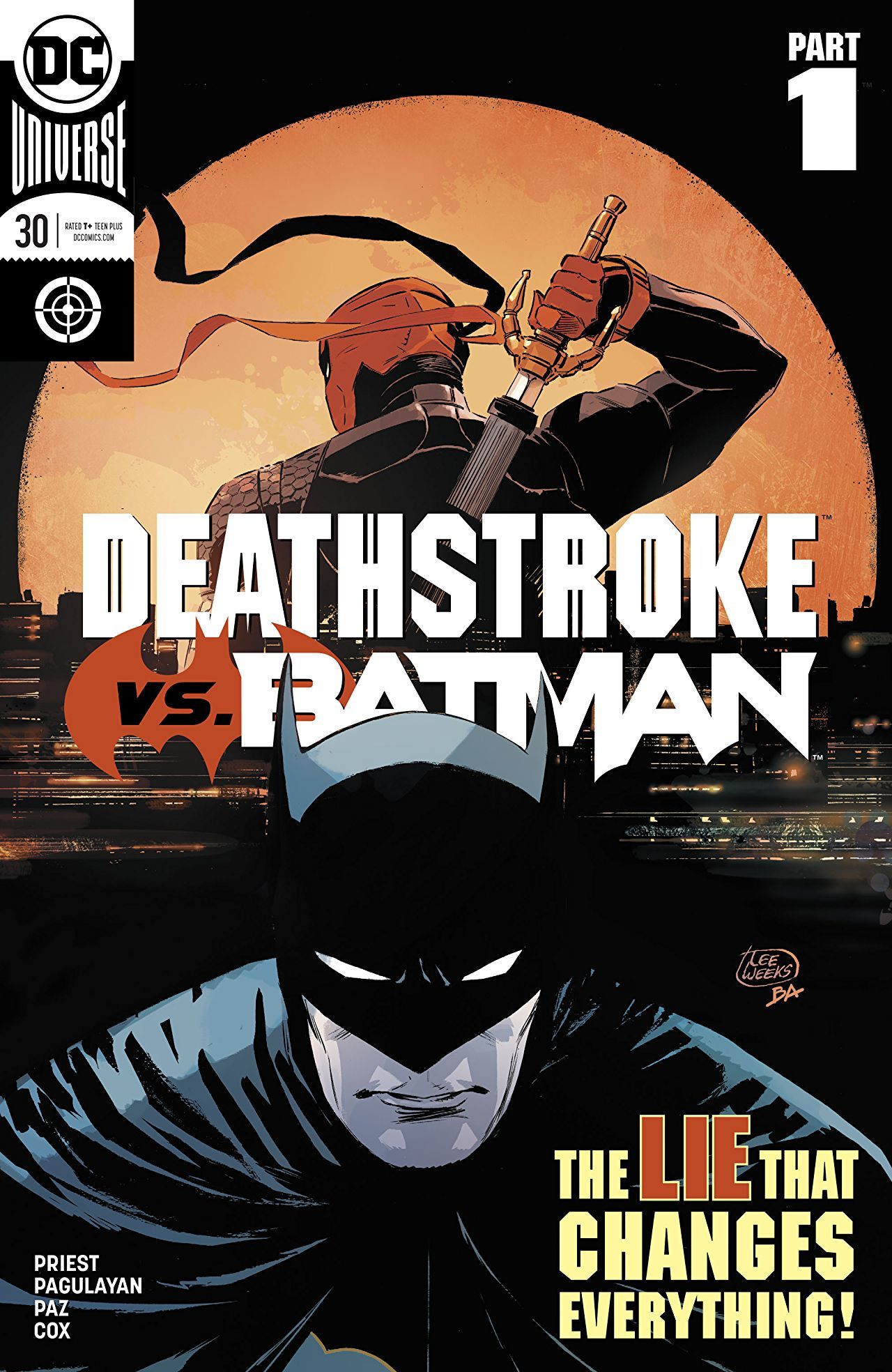 And Priest is Priest.

Deathstroke #30 signals a great starting point for any new readers looking for a series with mercenaries, family, and moral duplicity at its core. For those familiar with the work of Christopher Priest, the series is constantly escalated by his signature meta-leaning, non-linear narrative scripts as it mirrors the psychology of Deathstroke. Meticulous, circular, and yet logical because they advance the action and stories with a great tension, the location and time jumping nature of the stories are brilliantly executed. While the artist has rotated several times throughout the series, the quality has never wavered as every artist has created dynamic and clear action with nuanced character designs and backgrounds.

The story begins as a Hong Kong crime boss is murdered in Gotham. In one of the boss’ boxes, Commissioner Gordon recovers a file addressed to Batman. The files within are DNA results containing separate files for Bruce, Damian, and Slade Wilson (Deathstroke) himself. One of the files is faked to show Slade as the actual father of Damian Wayne. Like a true asshole, though, he assures Bruce that he slept with Talia al-Ghul long before Bruce was involved and that the documents were created for a canceled assignment. Bats wants answers to who is baiting them to fight, but Deathstroke wants to walk away. Someone clearly wants the two men to destroy one another.

Since taking over the character for the Rebirth initiative in 2015, Priest has made sure that the reader never forgets – this is a super villain comic. In the previous issues leading up to this inevitable collision with Batman, Slade slept with the fiancé of his son Jericho in order to prove she was a spy anyway. This is, of course, is after Slade murders his own former partner, Dr. Isherwood, who, unbeknownst to him, was was having an with Jericho. Most recently, Slade has gone in and out of “going good” by forming his own superhero team known as Defiance. Even his best intentions are toxic schemes, though, and the group eventually disbanded amidst the suicide of Power Girl. 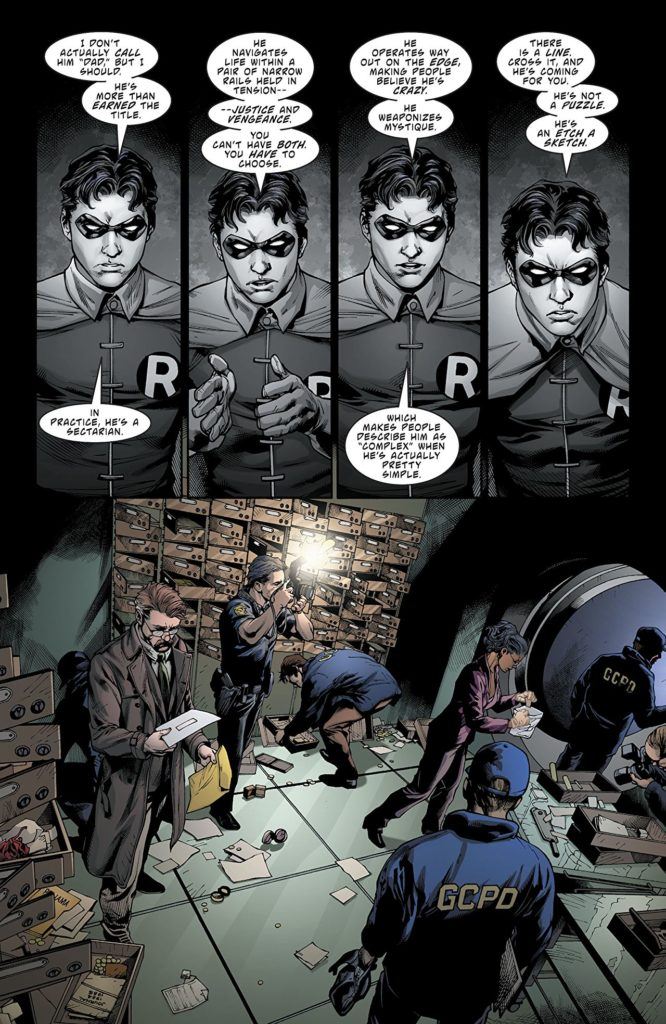 Deathstroke’s collision course with Batman is inevitable. They are, after all, mirror opposites of one another — obsessive, narcissistic and damaged men who are hesitant and flawed fathers. Two insightful fourth-wall breaking asides feature Robin and Jericho, sons of the Bat and Deathstroke, speaking to this directly. Candidly, they speak on their respective mentors, echoing the theme of the broken father figure duality. At all times, Batman and Deathstroke both endanger the lives of those who care for them as a sacrifice to pursue their an unquenchable desire for justice (Bats) and profit (Slade). If Batman uses meticulous deduction and mystique to topple his enemies, then Deathstroke weaponizes deception and emotional abuse with friend and foe alike.

If Priest’s current characterization of Batman in his Justice League run (#’s 34 – 43) is any indication, then we are in for an exciting duel of madmen on different ends of the same mad spectrum.

8.5 Damaged Relationships out of 10