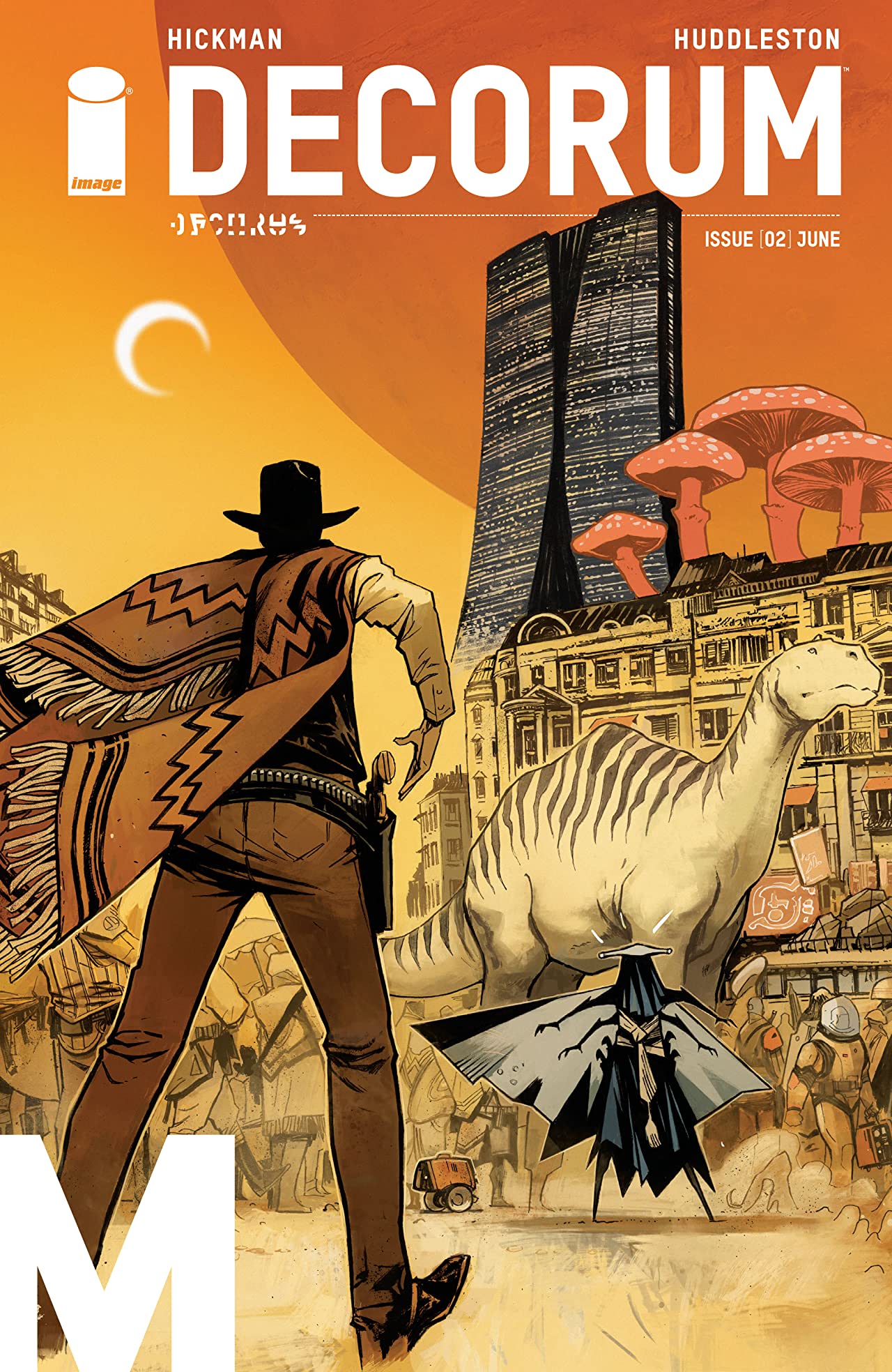 I said something to this effect when I was reviewing Decorum #1 many moons ago, but I genuinely want to know what the actual #$%@ a Hickman script looks like and the process in which Huddleston manages to convert text into the bizarre panels that line this comic. It’s been a few months, so if you need a refresher, Decorum is ostensibly about a mild-mannered assassin doing mild-mannered assassin things. 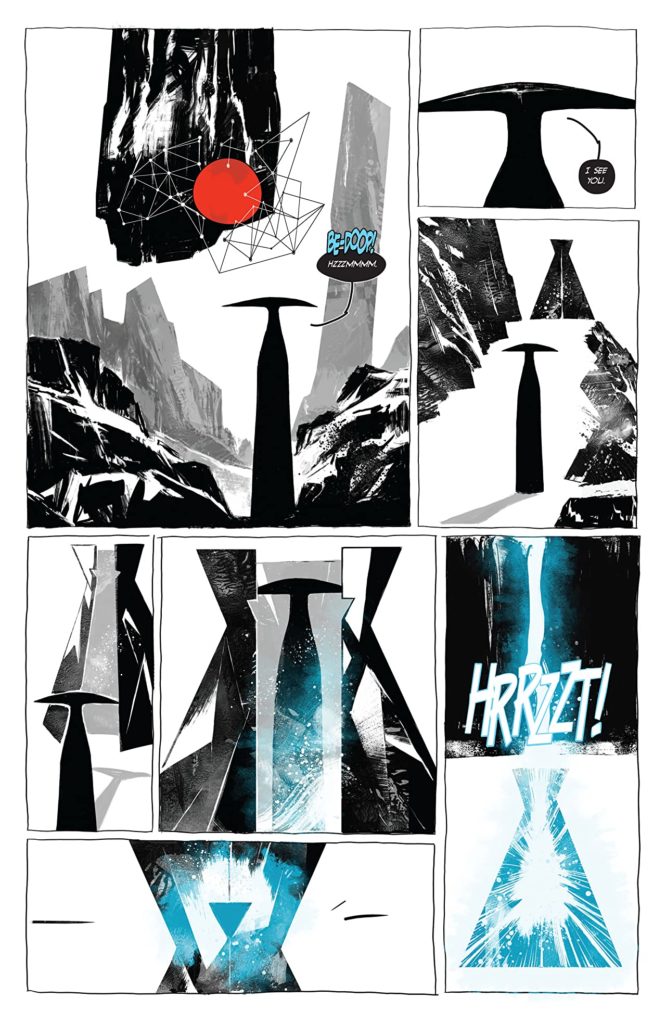 I say ‘ostensibly’ because the first chapter of Decorum #2 was a “brief” glimpse into the inner workings of the “Church of Singularity”. I put brief in quotations because this takes up approximately a third of the book, including the patented Hickman infographic with esoteric runes from an alien language that diagrams the clergy structure of what I think are robots. Like, I open up Decorum #1 to remind myself where the last issue had left, and it turns out, I had remembered how the issue ended. But Hickman decided that learning about the Church of Singularity took precedence over the adventures of the mild-mannered assassin from the first issue. And the thing is, it was so brilliantly conceived and executed, that it is hard not to immediately see that Hickman is masterfully constructing the scope of the series with a deft hand.

By the end of the issue, my hands were raised in the air in utter disbelief. If I had a physical copy, I’d probably be able to hear the rustling of the comic pages. Hickman is just that good at scripting and staging, that in the brief snapshots of an entire universe, we are able to see the stakes on both a micro and macro scale, the personal investment and the galaxy reaching consequences of the mission going on south. On one hand, yes Decorum #2 is very much a story about a mild-mannered assassin. But on the other hand, Decorum is about order, and the thousands of ways order and disorder manifest. It’s almost infuriating how readily I am captivated by the prose and the pictures, and that this first issue was just a brief glimpse into how truly wide Hickman and Huddleston’s vision was.

In addition to this phenomenal worldbuilding, Huddleston’s out here making art that I would have never have expected to see in a comic. Abstract geometric shapes that manage to convey a stunning sense of scale and conflict, as Rus Wooton letters onomatopoeia and dialog to brilliant effect. Each page is visually engrossing and has a mythical quality to it, and then we pivot on a dime to a more noir aesthetic you’d expect from a series about a mild-mannered assassin. Then Huddleston manages to weld both extremes of the universe together and it works so well, it’s awe-inspiring. On top of that, you have Sasha E. Head listed as a design credit, and they designed their hearts out as well. The entire book is majestic, whether it’s narrative beats or the prose interludes. 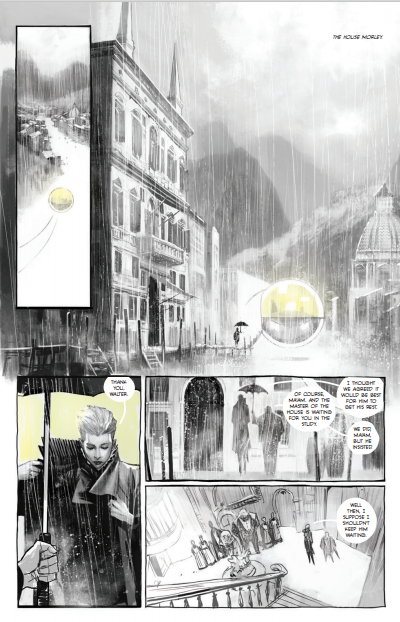 Decorum #2 escalates every expectation I had about the series. What had been intriguing beforehand has now become one of my favorite comics that fascinates me as both a reader and a critic. From a storytelling perspective, it is an ambitious as hell story. From a technical perspective, I haven’t seen anything quite like it before. It’s hard to find something new under the sun, but I guess Hickman found a way around that by reinventing the sun.

As a finishing touch, Hickman has the gall to say that Decorum #3 is where “Things Get Weird.” Then what the actual #$%@ was this. (Good. It was good. But that’s neither here nor there.)