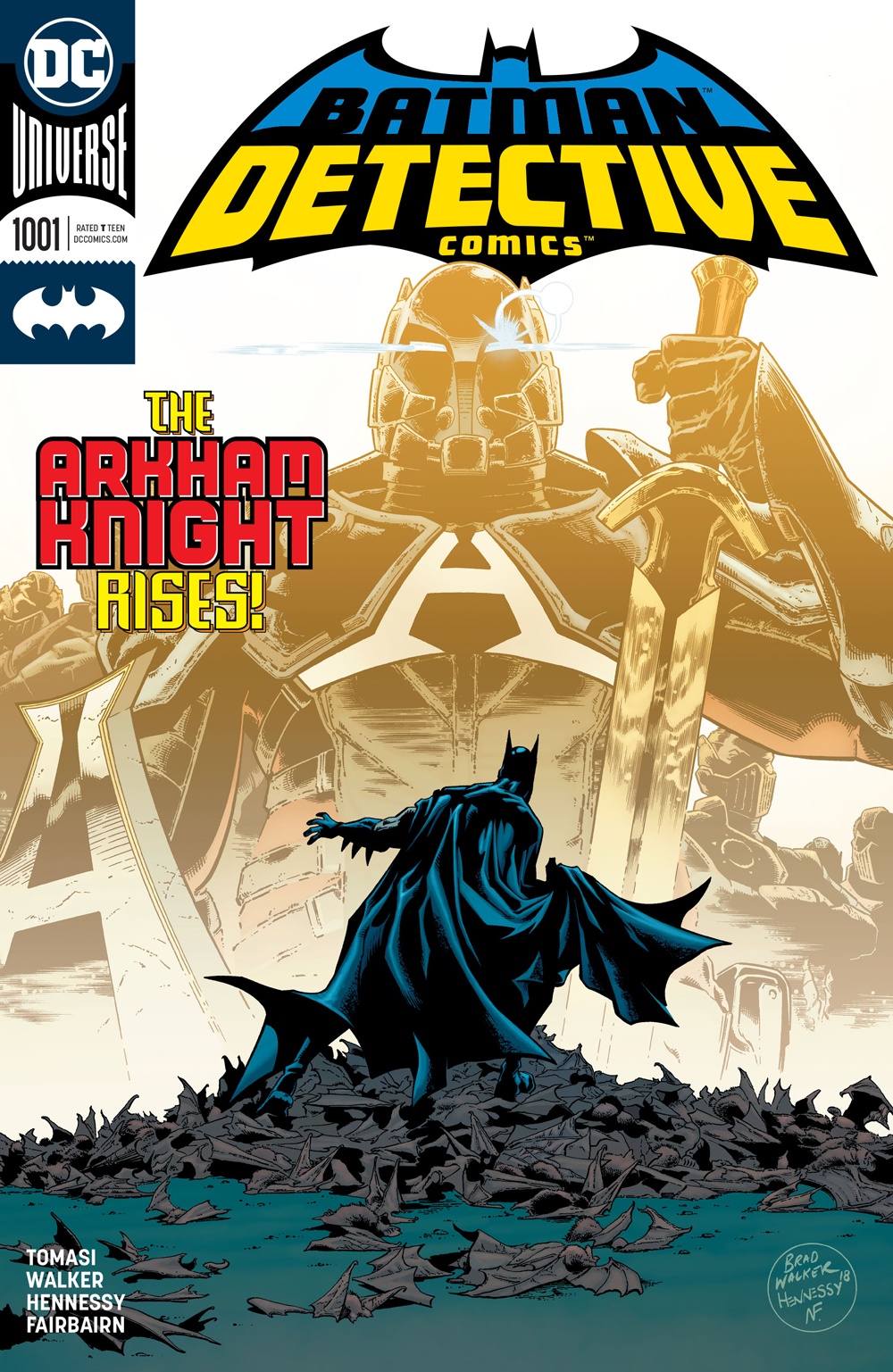 The final story in Detective Comics #1000 gave us just the briefest glimpses into Tomasi’s incarnation of the Arkham Knight. First introduced in the eponymous Rocksteady video game, the antagonist’s initial foray into Gotham was marked by the assembling of an elite unit of mooks to take back the city. Tomasi’s Knight follows the same initial beat, although much more fittingly for the name, there’s a much more medieval theme this time around.

Detective Comics #1001 opens with some menacing narration in metallic dialog boxes rich with malice. The Arkham Knight rallies his followers with simple, yet effective words that will likely echo throughout the next few issues: “Burn bright / Burn back the dark.” The refrain reinforces the “Light is Not Good” and “Dark is Not Evil” tropes and gives us enough of a baseline characterization of the Arkham Knight to work with for his inaugural issue. 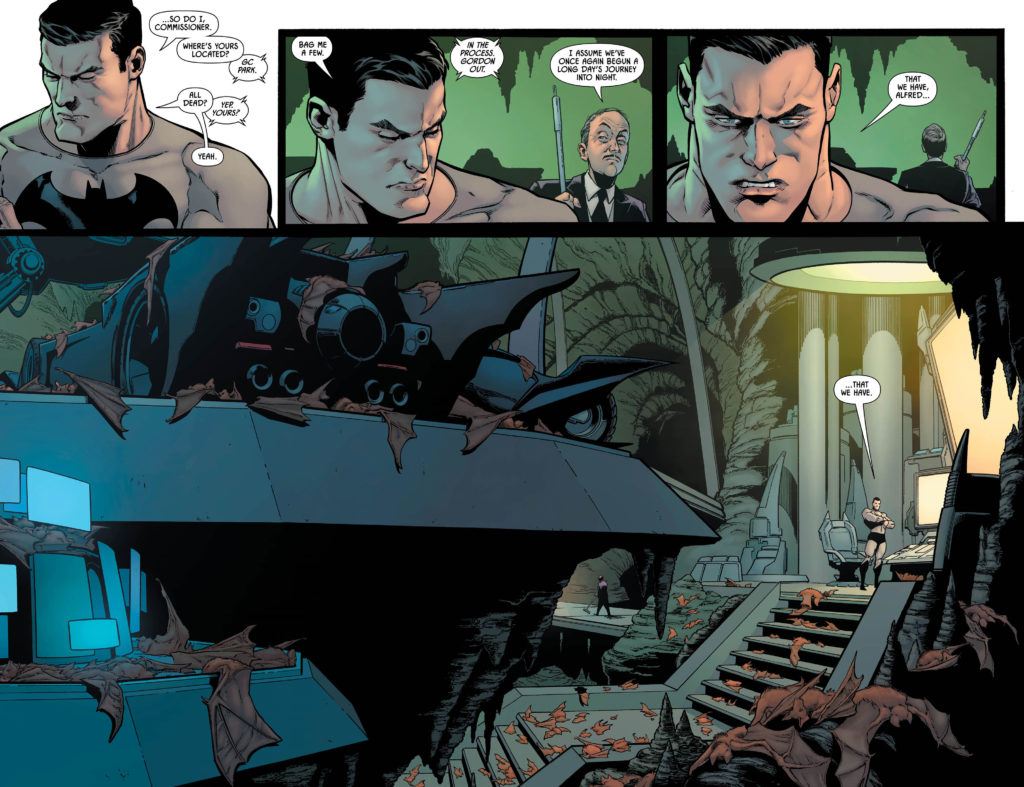 The majority of the issue focuses on Batman doing some investigating work after bats all around Gotham mysteriously end up dead, from the public parks to the colonies inhabiting the Batcave. Batman gets to show off his research, interpersonal, and combat skills, and it’s a fun narrative of intrigue, even if it does take a minute for everything to truly spin up. Walker does a fantastic job illustrating the issue, between the bat vivisections, medieval outfits, and Gotham’s urban centers and parks. Walker is definitely at his strongest when he gets to portray dynamic action sequences with contrails out of the moving entities to give it that extra oomph.

Much like it’s sibling series, Action Comics, Detective Comics has the arduous task of following multiple love letters to a beloved character and pivot to a new storyline. Medieval takes a familiar name and reimagines a new version of the character to combat the Dark Knight. Its success is going to be dependent on what follows. Tomasi’s Mythologies arc showed that he has a keen understanding of the innerworkings of the Batman, and what few glimpses into the mind of the Arkham Knight are equally promising. He and Walker have crafted a solid foundation though, and I’m sure once we see the Arkham Knight in action we’ll be in for a treat.