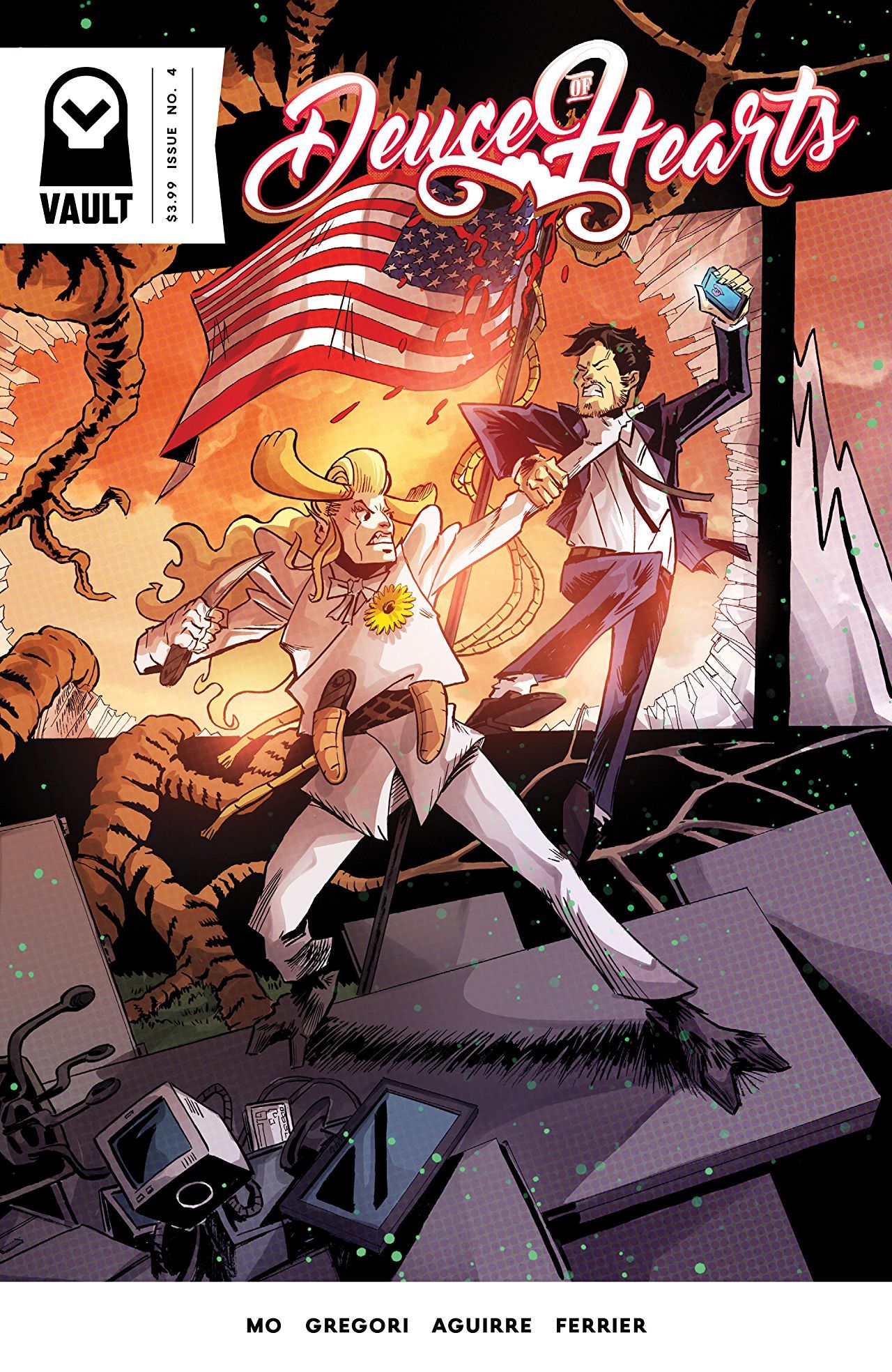 Sullivan takes Sophie straight to the belly of the beast–the headquarters of the Heart Breaker App for answers and some resolution. He’s thinking one more trade, and he can fix things. Or can he? As dangerous as going anywhere with his face and name is, he leaves with daughter Soph in tow and chaos happens–of course.

Off the jump, ne of my favorite parts of this issue is the entrance of the Ash Widow. She literally disrupts the entire building and its occupants. It’s an amazing sequence to see play out and one I went back to read several times! She’s my second favorite character in this series and while there is still some more ambiguity on part of the writing–on why she’s spared Sullivan in past encounters (something to do with Soph) which doesn’t get answered here either, frustratingly–I still like to see her and see what she does. 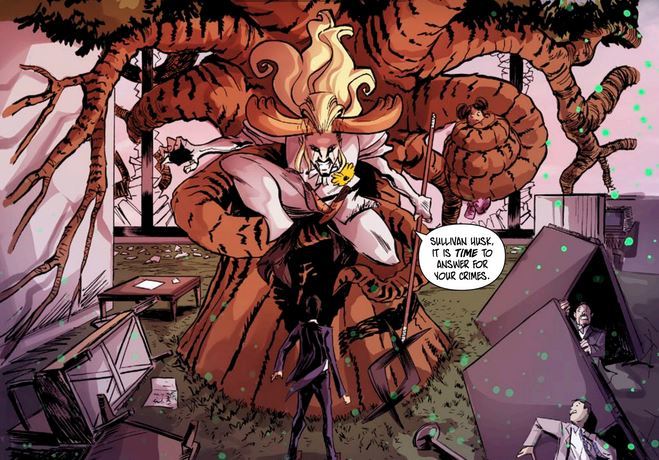 Sully and The Ash Widow have this great showdown that takes place across several pages with Sullivan doing some really unique offense and playing to all his strengths which is a surprise and keeps him alive longer. I have to hand it to the creative team of Gregori, Aguirre, Ferrier, respectfully artist, colorist and letterer, this remains one of the most underrated books in the market in terms of unique art that grabs you and makes the comics’ readability go up. I’m always down to re-read an issue to see what I’ve missed (there’s always a funny background character), how color affects the tone of a particular scene (which is done masterfully) and how the sound effects and speech bubbles and text boxes compliment the action and narrative (which is often, very often). 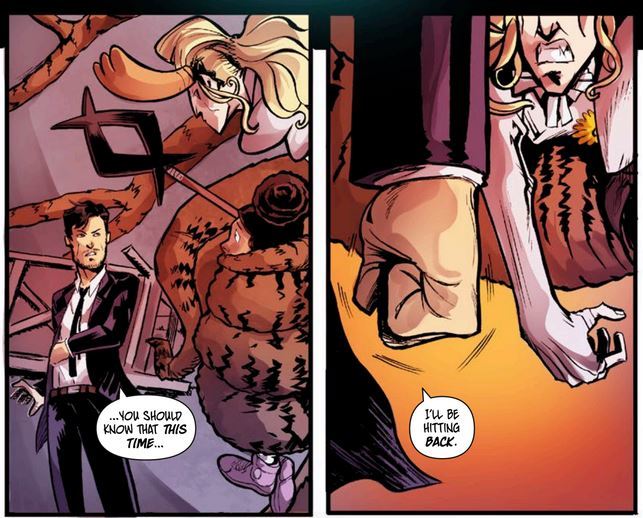 This issue heavily suffers from the troped death of a female character tangled up in the plot of the book. I say troped because her death (at the hands of her husband-accidentally) serves to push him, motivate him for actions we’ll see in the fifth and final issue no doubt. Women dying in story lines at the expense to give depth to the men in more prominent roles in the comic we read is certainly writing wise very important to pay attention and this revelation brings down the stock of a weird and wacky and fun book I love.

Read our site’s reviews of Deuce of Hearts here.