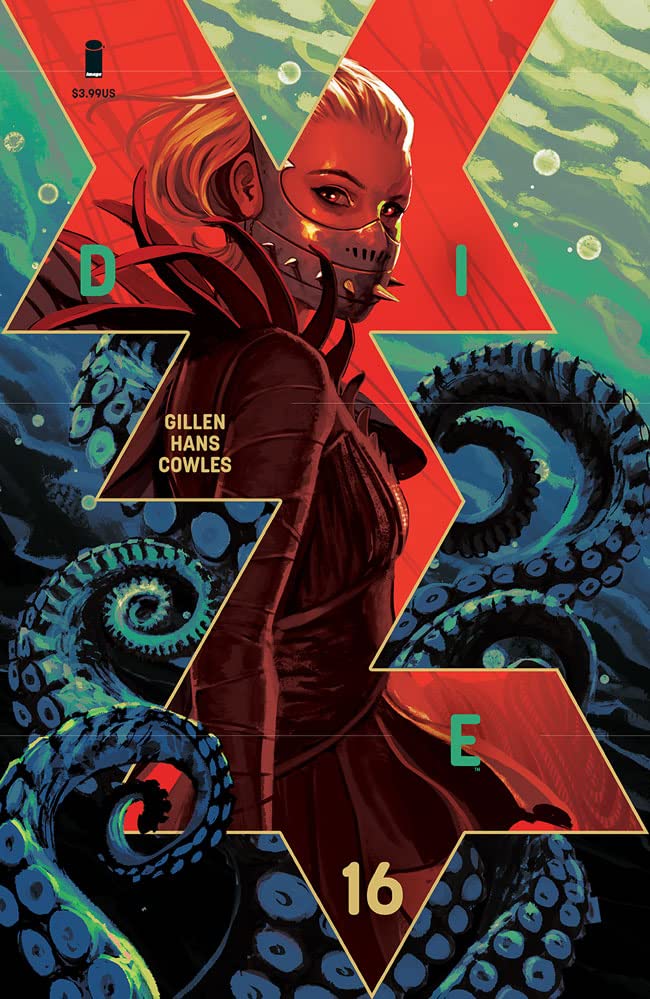 I have reviewed every single issue of Die that has come out. I can’t say that about a lot of series, especially the longer running chronicles, but Die is just the pinnacle of multi-genre speculative fiction. Die is one of the best horrors, best fantasies, best psychological thrillers, best isekai, best literary fanfiction, best game-based piece of media ever. Not just comic, any piece of media. And as Die enters its final arc, the epic conclusion to the emotionally devastating game that has been unfolding for nearly three years, I’m going down with the ship. Which is an apt phrase considering where the party finds themselves.

In the aftermath of the “The Great Games” arc, the party has made it to yet another pocket world in the pocket world and their journey is far from over. Hans is just aggressively good with her artwork, making the full-page spreads sing and the multi-paneled pages a visually engrossing tour de force. Her sense of scale, impeccable. Her characters, expressive and iconic. Her fantasy vision of Gillen’s nightmare hellscape, a match made in the aforementioned hellscape which is exactly what you want.

Gillen is a master of exposition and dialog. This issue, he flexes how much he loves seafaring tales and pirates, and I love him for it. And then he also explains all of the intervening geopolitical drama that happened before getting back to the #[email protected]%’ed up interpersonal relationships of the party without missing a beat.

Die #16 manages to retain all of the twisted darkness that the series in known for and still manages to pull surprises out of the back pocket that just make perfect sense within the context of the world. Gillen’s a brilliant writer and gamemaster who has very carefully planted seeds through the narrative, and now they’re not only growing, they’re exploding into sprawling kudzu that complicates and enthralls you. It’s one of my favorite comics because of its sheer ambitions and continually high bar of execution.

Die is coming to an end, and all of the signs point to it being a spectacularly devastating finish. And if I were to say that I’m ready, I’d be lying. But what I can say truthfully under the Dictator’s command, is that I’m so excited to see what Gillen and Hans have in store for us.