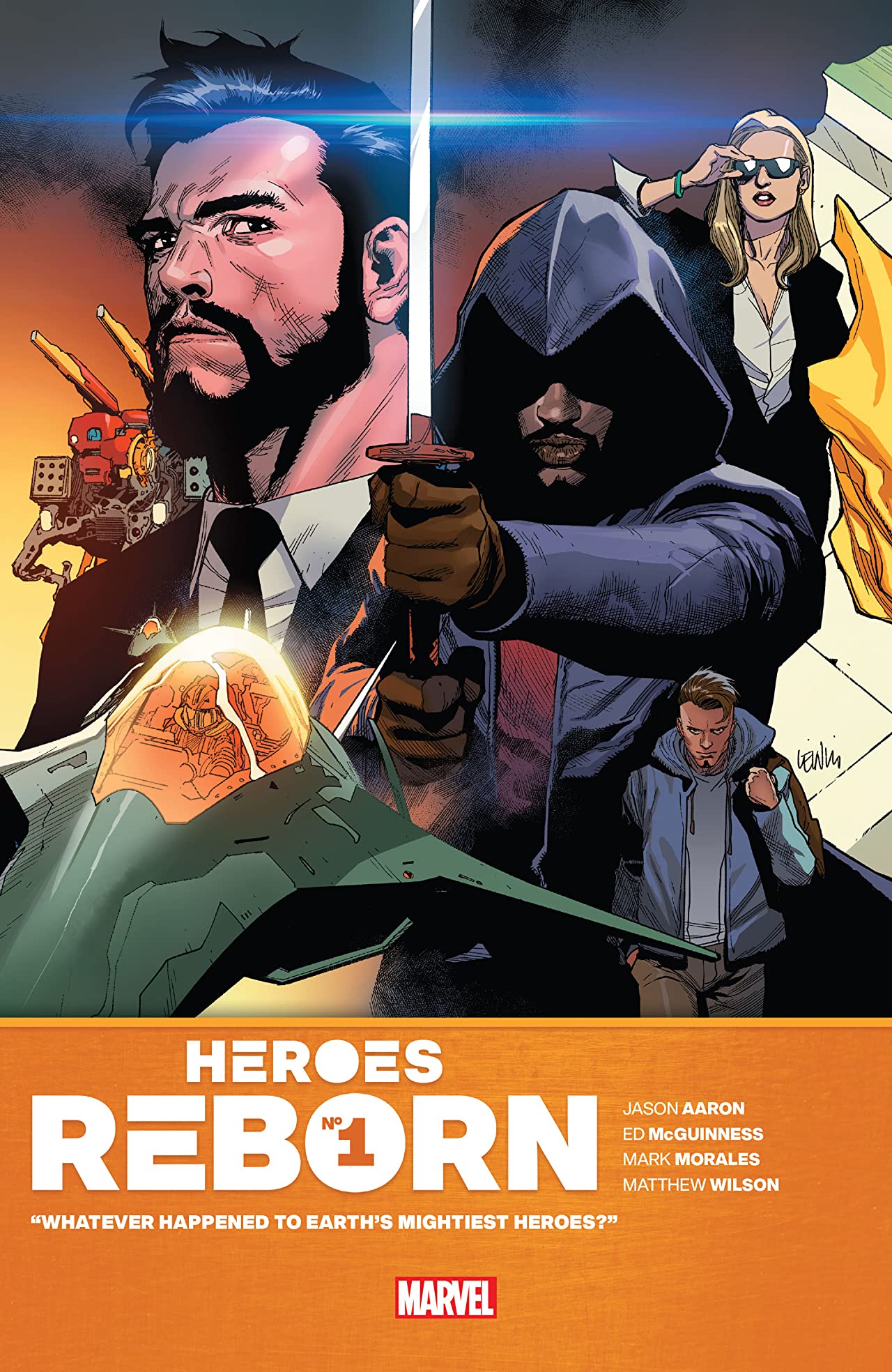 I like to think there’s a Big Two event style book out there for everyone and whatever type of storytelling comic readers like. Heroes Reborn does a lot to try and move in multiple spaces and attract different types or readers the same way a genre-based summer popcorn film does. Is it effective? Well, that’s another thing altogether.

Heroes Reborn #1 hits the ground running as we follow Blade, the Shaft of vampire hunters, getting his bearings in an unfamiliar world where the Avengers never assembled for the first time. In their place, the Squadron Supreme have apparently been Earth’s Mightiest Heroes for a while, causing a ripple effect that places some familiar Marvel characters in rather unfamiliar directions. Some take on different personas while others never become heroes at all. On its face, this seems like a great “What If?” story that might have some promising insight going forward. But there’s a corny half hearted feel that’s difficult to reconcile. The dialogue feels dated and ridiculous even for superhero fare.

On top of that, there are moments within the action that are complete headscratchers. There’s a scene where a character breaks the hold of another by flexing the muscles in their neck. How that didn’t get a quick backspace in the editing process is beyond me. I get that the primary function of this first issue is more about showing us how and why this world is different from the one we know. However, the script devotes a LOT of exposition to explaining this when the stellar artwork does just fine showing us and almost none of this is used to explain why Blade, of all people is here instead of….anyone else.

Heroes Reborn #1 has one of those premises that asks you to turn your brain off and embrace the ridiculousness. But benefit of the doubt is a luxury that should only be afforded when everything surrounding the weak points is well executed. And the script didn’t quite stick the landing enough to justify a pass this time around. However, where the story is a little lacking, the artwork picks up the slack. Ed McGuinness in particular hits it out of the park with his over-the-top style being put to good use in this issue. His approach is perfect for making the Squadron Supreme look a lot more awesome than they’ve ever truly been given credit for. Major alpha dogs like Hyperion, Doctor Spectrum, and Power Princess handling A-list villains, holding their own in battles that almost make the book quake when you hold it….is easily the best thing this book has going for it so far.

Bottom Line: Narrative-wise, Heroes Reborn #1 is a goofy book that feels a little rushed but that doesn’t stop it from being somewhat entertaining and gorgeous to look at. It’s not legendary writing and I can’t promise it has a lot of re-reading value, but it’s worth a look.

7 Wesley Snipes one-liners out of 10