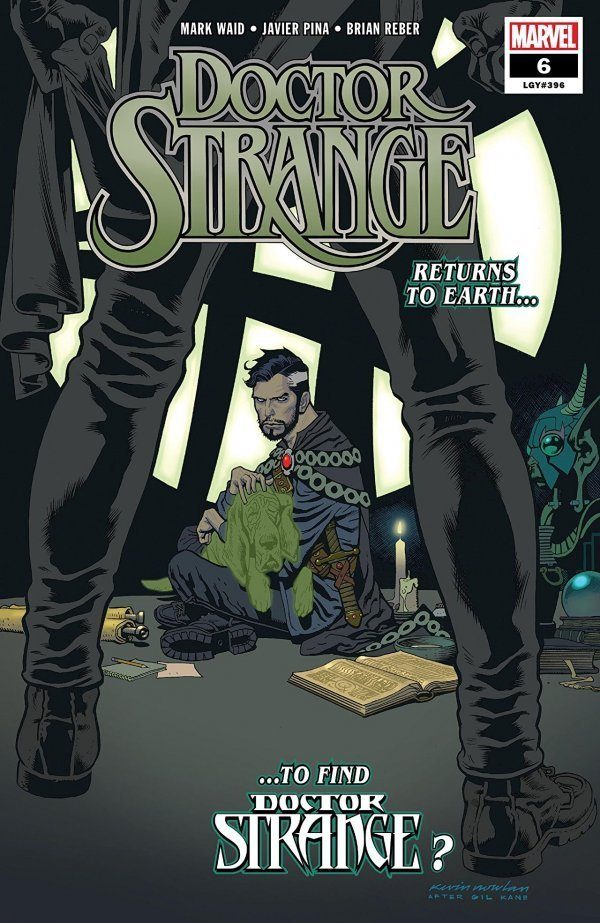 Lesson of the read: Potentially corny and cliche plot twists are easily remedied with magic. The last issue of Doctor Strange ended with our hero regaining his magical awesomeness from space and saving Earth from an interplanetary warlord. We are teased with the revelation of the identity of the narrator from the whole arc, who is none other than Doctor Strange himself.
“Huh?”
When you see a doppelganger in comics your mind goes all over the place. Clone? Shapeshifter? Illusion? The scariest possibility of all is to spend three or four issues trying to figure it out. The sixth issue in Mark Waid’s run on the comic puts that fear to bed. 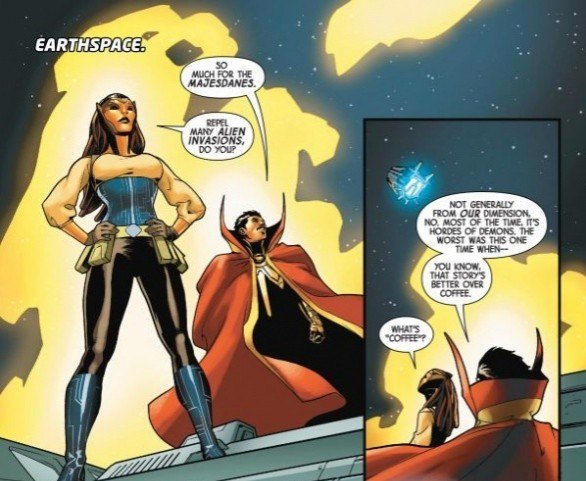 Strange brings Kanna to his Sanctum and the two share quips. Then the Strange on Strange action begins. After a quick, impressive fight the identity of the second Strange is revealed to be a forgotten student of his, Casey. To get to the bottom of this event, Kanna and Strange summon a (surprisingly tender) demon who fills in the gaps in Strange’s memory.

In this book, Waid does well to get the plot going quickly. There is plenty of opportunity for helpful explanations as Strange doesn’t remember Casey and Kanna is new to the planet. Useful for storytelling, it doesn’t feel forced when the demon or Strange explain the going ons. It also offers a couple fun jokes centering around Kanna’s new experience on Earth (What’s coffee? Do all dogs talk?). The book is all around fun and interesting. My favorite aspect of the book is the portrayal of the two featured demons. Simply put, they aren’t evil. One actually helps Strange against a true threat to the Earth and the other is heartbroken about the loss of his companion. This turn from expectations was particularly fun and novel. 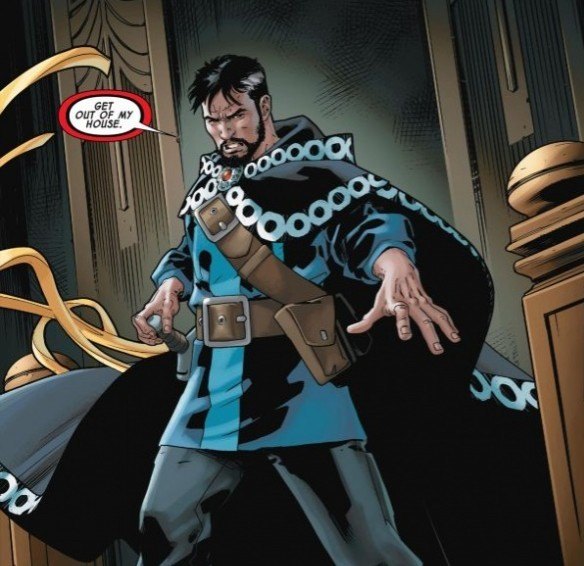 Pina captures a little of the realism displayed in the first arc but brings more of a traditionally modern comic book style. That said, the precision and color are impressive. It’s a good thing when a talented artist gets a book like Doctor Strange and is allowed to play with the fantasy genre. This second arc continues to draw me in and hold my emotional investment in Strange but also, more importantly, demons.