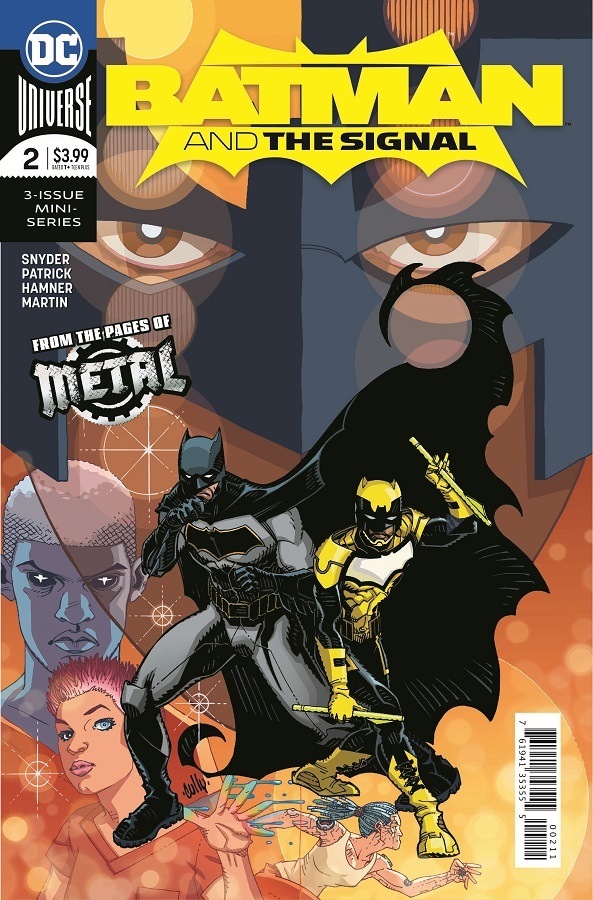 Issue #2 of Batman and The Signal starts off with Duke Thomas remembering wise words from his father. “Gotham’s light is the truth, and truth makes any foundation.” It was a nice spin on the Uncle Ben speech, which he desperately needed as he was still getting his yellow behind jumped by a group of metas with wild dimensional powers.

Duke’s still getting the hang of his abilities, which allow him to “see” things clearer than the average person. He was dodging daggers by slowing them down in his head, using his bat training to lay the smackdown on some baddies, and he even pulled off the “Disappear When Gordon Turns Away” trick. This time it wasn’t Gordon but Detective Aisi, who begins to build a rapport with the young hero. The two of them eventually decide to help each other figure out why the city is being overrun by metas. 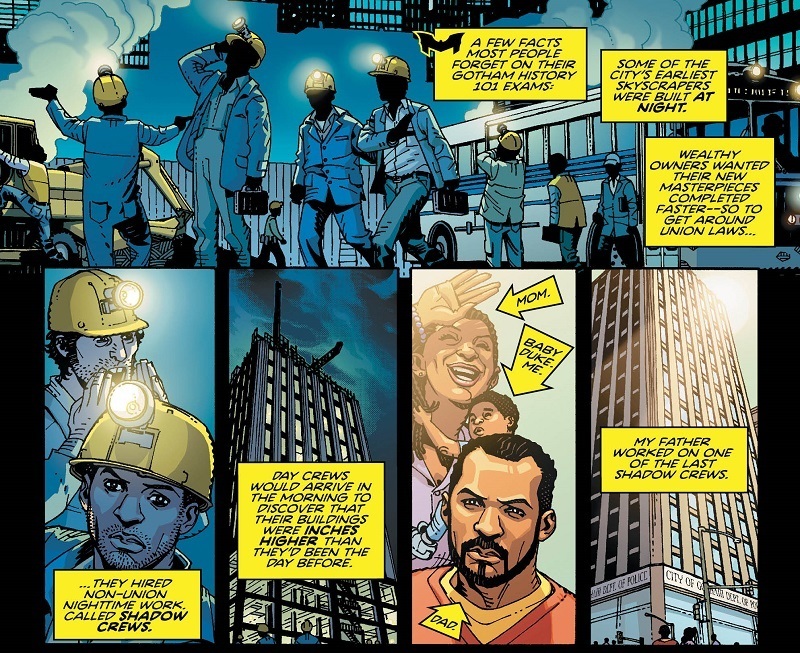 Izzy and Riko, Duke’s eyes and ears at the crib, get into it over how Signal should be fighting his battles and one of them dips out. It’s clear that both of them care about Duke deeply, but his dangerous crime-fighting methods threaten to split up the group even before the team t-shirts come in the mail. He also gives Batman a visit right before they’re introduced to a brand new villain.

This issue was a great addition to the Signal series. We learn more about Duke’s family and his life before he put on the mask. The villains he’s up against seem very formidable, it was exciting to see Signal struggle a little bit. We literally get to see how this neighborhood in Gotham flows, from the buildings to the characters. Batman was turned down a little to let the young hero shine, and it really works. The series really could have been called “The Signal,” because at this point Bats just pops in to make sure Duke didn’t break anything in the cave he paid for. It looks like they’re finally going to team up in the next issue, and it’ll be fun to watch that dynamic play out. Batman and The Signal #2 is a great read, and if you haven’t read the first one, just go ahead and grab that one, too.