type in your search and press enter
32 Shares

After a week of hints that the Avengers 4 trailer was coming soon, Marvel threw us their usual curve and instead dropped a new Captain Marvel trailer in the middle of Monday Night Football. Tricksy tricksy. Still not enough incentive to get me to go back to the NFL, but definitely enough to have me sitting on Twitter waiting for the drop. And when it did hit the open air waves, my #CarolCorps feed lit up like, well, like this…

The trailer opens with Carol punching an old white lady straight in the face and just gets more bonkers from there.

Did you see when she BAM! Then, she POW!! Then, she SLAM!!! Of course you did.
Go back up, hit the play arrow, and watch it again. I’ll wait.

YEP, she punches everything and everyone except Nick Fury. She does say his name like she’s about to make him drop and give her 20 pushups, so that’s good enough.

Look, full disclosure, I’m a skeptical fan. I expect the Marvel Cinematic Universe to ruin every one of my favorites from the Marvel Comic Universe, each time in new and unique ways. When it comes to Carol Danvers, Captain Marvel, the fastest way to do that is to make her into a blonde Black Widow — sassy, sultry, and sneaky. Gah. Carol does not do subtle. She does not do undercover. She can be sexy, but sexy is not what she is. What she is, is a take-no-shit, give-no-fucks BAWSE on Earth and in space and she knows it. As the woman who re-wrote Captain Marvel into the wonder she is today, Kelly Sue DeConnick, says about Carol: “Captain America gets back up because it’s the right thing to do. Carol gets back up because ‘Fuck you.’” (Read the whole Polygon interview for more great tidbits.)

It is noteworthy, given that quote, how many times this trailer shows Carol getting back up after taking a fall. Into the earth. Into some alien planet (probably the Kree planet of Hala). The original trailer had her coming to her senses in a Blockbuster video. What defines her character is that tenacity, and this trailer brought that to the forefront.

Brie Larson does a fine job of delivering the look and the attitude, if not the one-liners. Also featured in the trailer is Samuel L. Jackson reprising the best recursive role ever as a younger, two-eyed Nick Fury. He’s unchanged from all other incarnations of Nick Fury, providing the narrative thread across all of these Marvel movies. We also get a peek at Jude Law looking like Mar-vell, and Lashana Lynch as Maria Rambeau, an Air Force pilot with the call sign ‘Photon’. If that doesn’t tickle your nerd happy spot, it is because you haven’t yet read up on Monica Rambeau. You should do that. You’ll thank me later.

The look is pure MCU — slick, bright, and optimistic. The comic beats are clearly there, as are the inspirational moments of Carol flying her first plane and outrunning the boys in a race. Her power set is fantastic, and the shots of her flying through space made me genuinely happy. The costumes give all the cosplay fodder we could ever want, including the iconic Mohawk space helmet. Marvel’s not going to screw this up — they have a perfected formula that they’ll keep milking till we stop paying — but will this be a cookie-cutter Marvel movie, a la the 2nd Thor? Or will this one take us somewhere new? Somewhere worthy of Earth’s Mightiest Hero? We’ll find out come March 8. Until then, read up on DeConnick’s comic run to keep your hype-levels filled. Higher. Further. Faster. 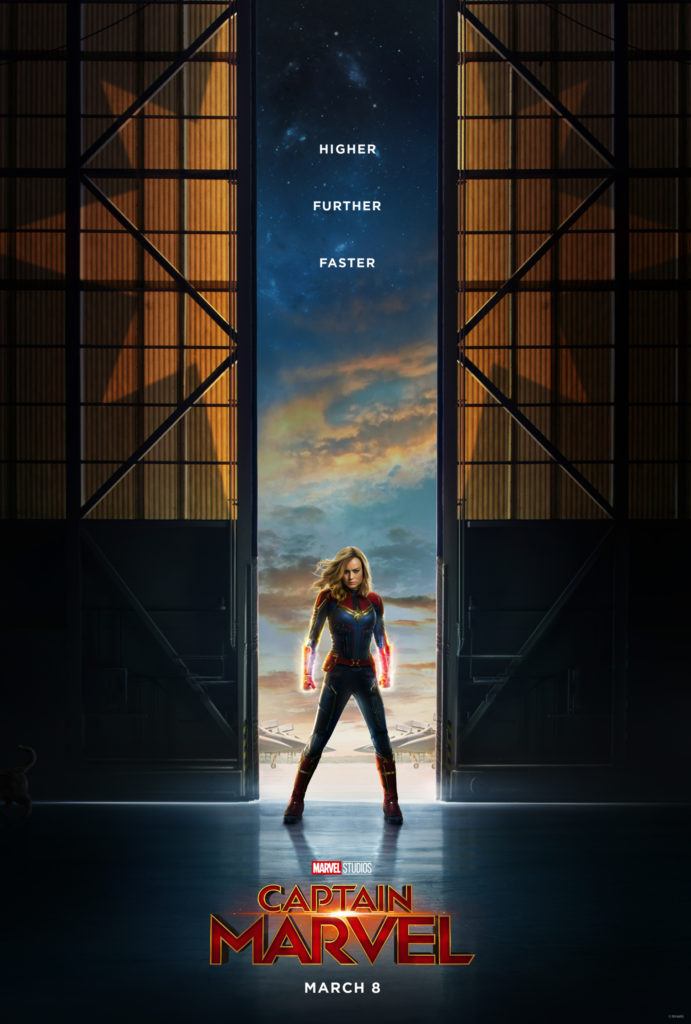 Stay with us for all of our commentary and coverage of Captain Marvel and the rest of the Marvel Universe — on Screen and in Print. 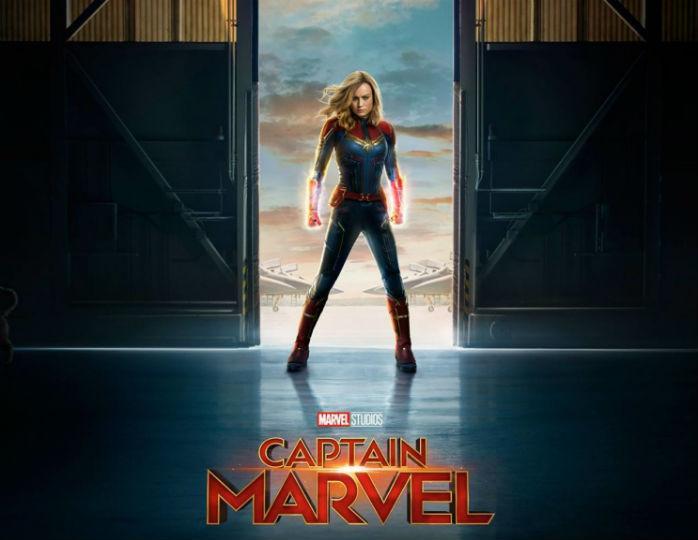