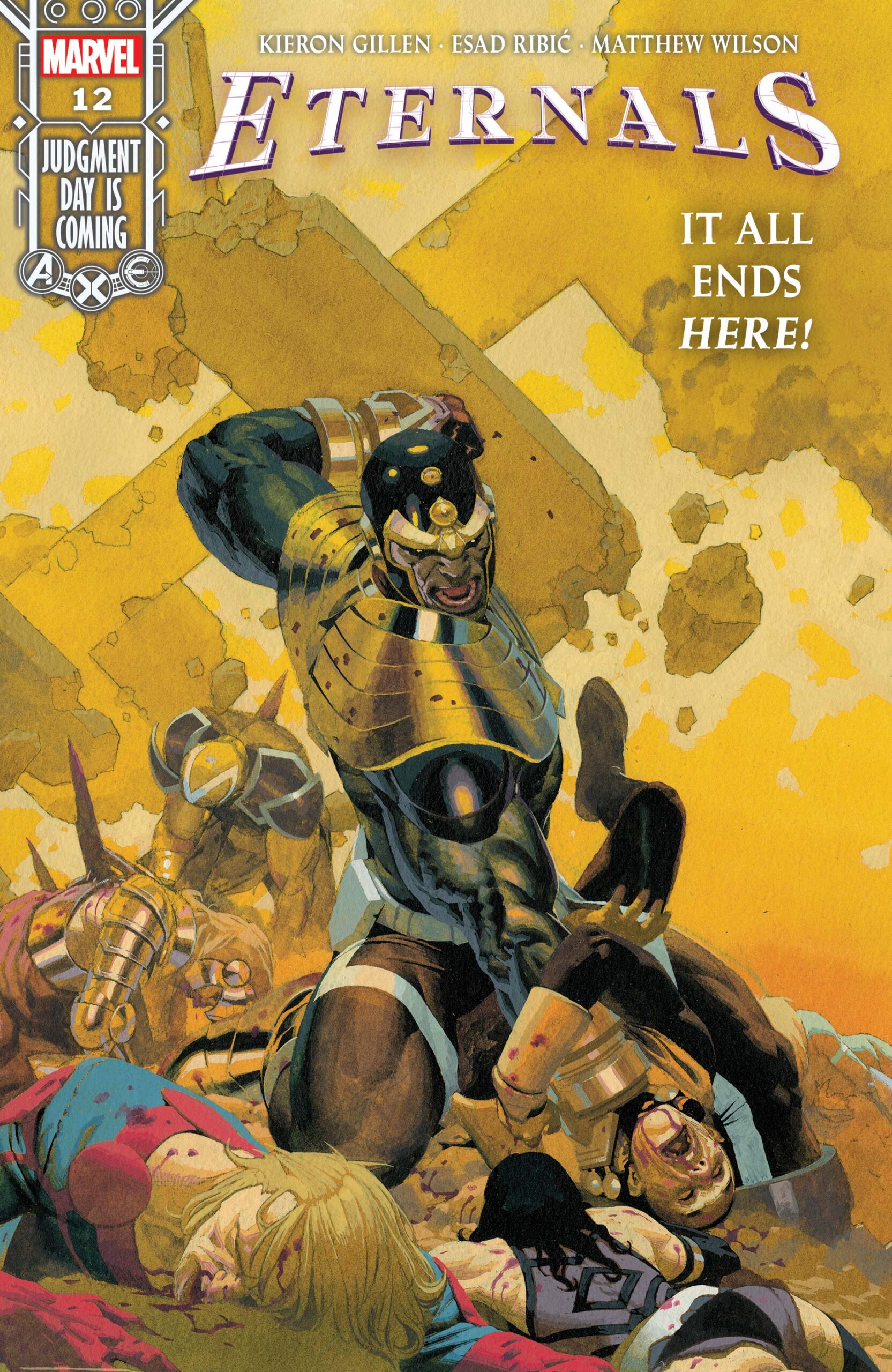 I don’t know what Gillen has been sipping, but I want some of that writer juice ASAP. In the first three pages of Eternals #12, the whole history of Marvel changes in a flash. Well, maybe not the whole history, but surely the roots of the Marvel tree have been altered significantly.

The Real Origins of the Marvel Universe

Back in issue #5 of Jason Aaron’s Avengers run, Loki gave us the lowdown on how these beautiful, messy heroes came to be. The Progenitor landed on a young Earth. Not because Earth was the selected land for greatness, but because it was sick infected by the Horde and coincidentally fell to our primordial planet and spewed its necrofluids God’s guts, pus and whatnot into it as the Celestial died. Necrofluids that seeped into the planet and its eventual inhabitants, which became the catalyst that eventually birthed our loveable crime fighting homies. But that’s a tale many Marvel fans now know and accept.

What we didn’t know was that there was a huge variable at play that allowed earth life forms to flourish into the flying, energy beam blasting, mind reading legends they’ve become. That variable was Deviants. Much to Ajak’s chagrin, Eternals are not the all-important entities they were led to believe, but the counterpart to the creatures that helped to create “strange” stable life forms who eventually became those Savage Avengers and modern-day Avengers we all know and love.

So that was a lot, but ever important if you call yourself someone who values canon and a proper origin story. Could all of what was has happened in Eternals #12 be wiped away with the sweep of a new writer pen in 2025? Sure. Hell, Hickman could come outta left field and demand to write a new origin story of all existence tomorrow, and this info could be cleansed quicker than you washed your hands during the height of 2020 Delta variant. But for now, “the Deviants…they are the important ones” and Celestials are now left to ponder their purpose moving forward.

Wait, Isn’t There a Mad Titan to Kill?

Your boy Thanos, the barbarian philosopher, first of his name is also first of his kind. On the journey through his father’s mind, he is disgusted by how breezy it is to bypass the psychic blocks and traps A’lars put into place to protect such a precious secret. Thanos and Druig essentially have a walk in the park to get to Thanos’ design, and the follow up conversation between these two and Domo provides Thanos with even more credence. The ensuing battle between Thanos and the Eternals was a fun little skirmish that had nothing to do with the eventual death or dominance of Thanos. That was a much more calculated outcome. That all readers should have the pleasure of reading and witnessing themselves.

It’s really spectacular to witness a good writer and impeccable artist bring a fire comic with Thanos and his unfuckwittable one liners at the center of the story to life. Eternals #12, the final issue of this Hail Thanos story arc, was a good one, but it also set up the highly anticipated conflict between the Eternals and the X-Men and I am hypeeee for all that smoke! Judgement Day is coming!

9 Mothers of the Age of Marvels out of 10