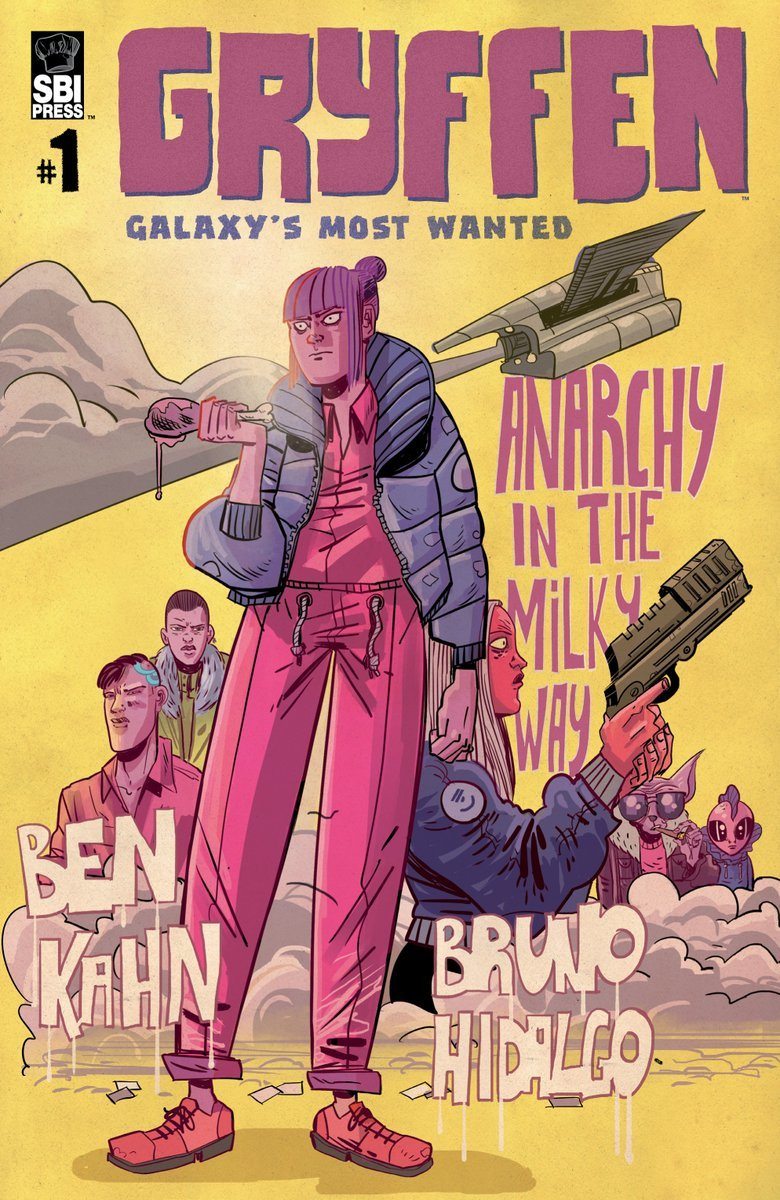 From the same creative team that brought us Heavenly Blues, about the folks pulling a heist in the afterlife, comes Gryffen…described as “a Space Opera that sees an insane, non-binary space captain wage a mad quest to take down a fascist human empire”.

There’s one Captain Lyca Gryffen who is current on trial as the book opens, they’ve apparently lost their marbles after some mission where they went of past the edges of space, or somewhere. Popping backon the radar with no crew, presummed all dead, attacking their own side and sprouting all kinds of nonsense, they have wised up and now know who the real villain in this story is: The Sovereign Reach–the empire they have served and killed for blindly. Now held behind bars and considered a traitor, they sit and wait. 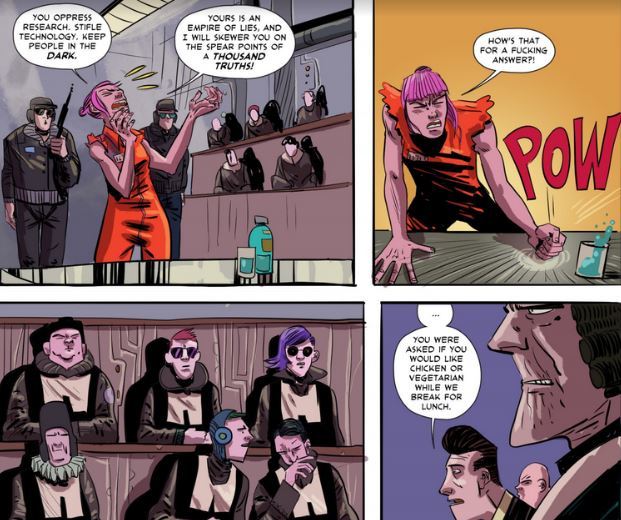 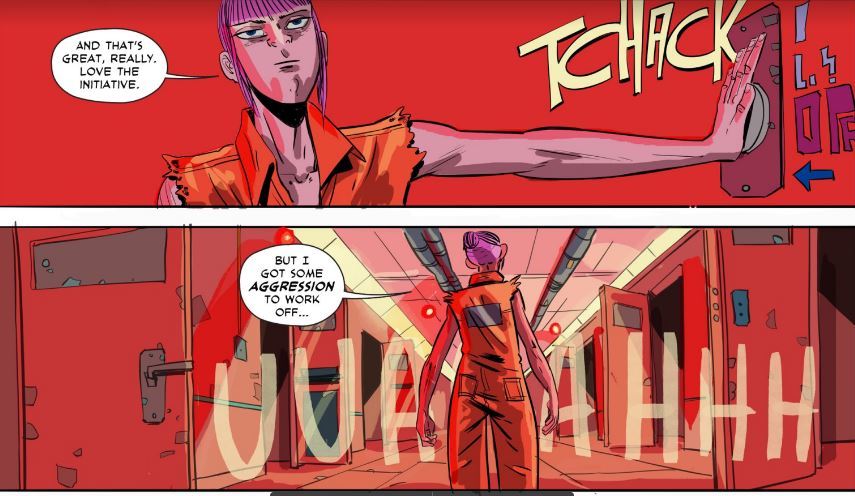 This issue of Gryffen #1 features a hilarious and intriguing Captain in the form of Lyca who seems to be full of great one liners from the word vomit they spread throughout the panels as well as a brilliant intuition for getting the right pieces on the board for magic to happen. We get just a glimpse of the supporting characters like the elf like, Telike who is exasperated already and ready to go back to the Rebellion and do grunt work. There is also Elliot Dao a scientific wonder who is at heart, a solider.

This is a case where the story and the art sync up perfectly in their own way. We’ve got Kahn penning this tale of a renegade crew of outcasts with a captain that wants to make things right and weirdly fun art style by Hildago makes for a righteous ride to read and digest.

Seriously, throw in Penafiel’s coloring and Cipriano’s lettering and this fest is all the more electric to read with red alarm-tinged prison breaks, gore, flaming swords and green jello used as a weapon. You’ll want in on this ride of this ragtag group on a mission to fuck up things for the dominate facist empire that takes and takes and stamps out those who revolt. Gryffen’s first 11 page-chapter comes out in SBI’s Free Comic Book Day issue this May, and will be released exclusively on ComiXology following that.

GRYFFEN: GALAXY’S MOST WANTED debuts with an 11-page preview in @SBI_Press Free Comic Book Day issue out May 4th! Art by #BrunoHidalgo and letters by @salcipriano, follow Captain Gryffen in their mad quest to take down a fascist human empire. ?⚛? pic.twitter.com/x68G0U3wZQ