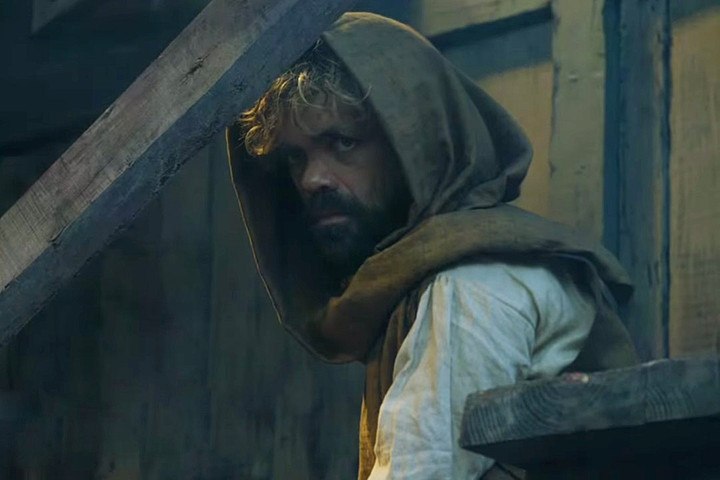 The season 5 trailer to the hit HBO series Game of Thrones leaked today, and thus begins the excitement for a new season of televisions #1 show. Unfortunately, season 5 will be based on Feast for Crows and Dance with Dragons, a combination rivaled only by Arrow‘s Laurel and Detective Lance and whatever mixture you leave in the bathroom after McDonald’s meals.

Non-SOIAF readers are probably shocked and up in arms already. “How dare you? Game of Thrones is the greatest thing ever!” And I agree. Imagine how I felt after two thousand pages of the last two books! My mind has lived in Westoros for years, which is why I’m doing my part to protect you from the drudgery that is to come. Feast for Crows and Dance With Dragons are two books that take place at the same time, only highlighting different characters. Think about that – you read a book, finish it, and then start the timeline from the beginning to see what someone else is doing. You may be thinking, oh, that could actually be creative, because you’re learning more context around — no, no, no. The book was meant to be one, but when George realized he was writing them too long he used this format as an alternative. The result is a very long book at a very, very slow pace. Even George admitted he intended on having a major war at the end of the book only to run out of space, to which he said something along the lines of, “whoops, I done fucked up.”

No major spoilers, although you may wish you had read spoilers when you find out you could’ve been saved from so much false hope.

And oh, does this trailer offer false hope, if by ‘false hope’ I mean ‘intentional and necessary lies of HBO,’ assuming they stick to the source material, with “source material” referring to something that could qualify as a challenge on Fear Factor. I hope HBO diverged from Feast for Crows and Dance with Dragons and saved this season from itself, but in the event they didn’t, trust me on this one… set your expectations low.

To help counteract the poison of lies in this trailer, here are the things HBO is trying to trick you into being excited about, that you actually shouldn’t be excited about at all.

0:13 We see a Sand Snake cracking a whip at a barrel. We previously discussed the missed opportunity of diversely casting the Red Viper’s daughters – the women who were born from Prince Oberyn’s world travels and living 5 years in Essos and getting everyone pregnant except Black women – but it’s worth noting twice. Just be careful falling in love with anyone from Dorne. The Sand Snakes are awesome and some of my favorite characters… but see how much they really accomplish.

0:26 Tyrion falls out of a barrel. The scene is half a second, but if this 2-minute trailer was written to scale, the Adventures of the Traveling Tyrion would take up over half of it. Just Tyrion in a box or in chains, getting out, and then going back in. Loop on repeat.

0:35 John Snow looks to the sky with the lyrics “We can be heroes!” in the background. John Snow is half Stark, and that’s the half of him that makes decisions. How good are the Starks at making decisions? I’ll leave you with that.

0:45 Dany makes her first appearance. Think of the Mother of Dragons as the Ann Coulter of Westoros… whatever she says, just believe the opposite. Resist the urge of being angry at her; she has no interest in your logic and arguing will do no good. She feeds off it. It only makes her stronger. Daenerys Targaryen is the biggest troll in fantasy history.

0:51 Cersei makes her first appearance, saying “That little monster is out there somewhere drawing breath.” This is actually accurate, and the most honest portrayal of Tyrion’s character arc through these next 2 books. Tyrion inhales, Tyrion exhales. 500 pages.

1:15 Arya stands with her sword, Needle. I recuse myself of this segment because I will not speak ill of Arya.

1:20-end Varys says “The seven kingdoms needs a ruler loved by millions, with a powerful army and the right family name.” “Good luck finding him,” Tyrion responds. “Who said anything about him?” Awww yeah! War is coming! Dany will finally make it to Westoros, storm King’s Landing with her armies, sell-swords, ships, and dragons, and fight for what’s hers! I can’t wait to see what HBO has to say about that.

If I’ve adjusted your hopes enough for you to actually enjoy the season, my job here is done. Lowered expectations will give a much higher reward. Trust me on this one.

And thank me later.

Game of Thrones season 5 is scheduled to premiere Sunday, April 12th on HBO.