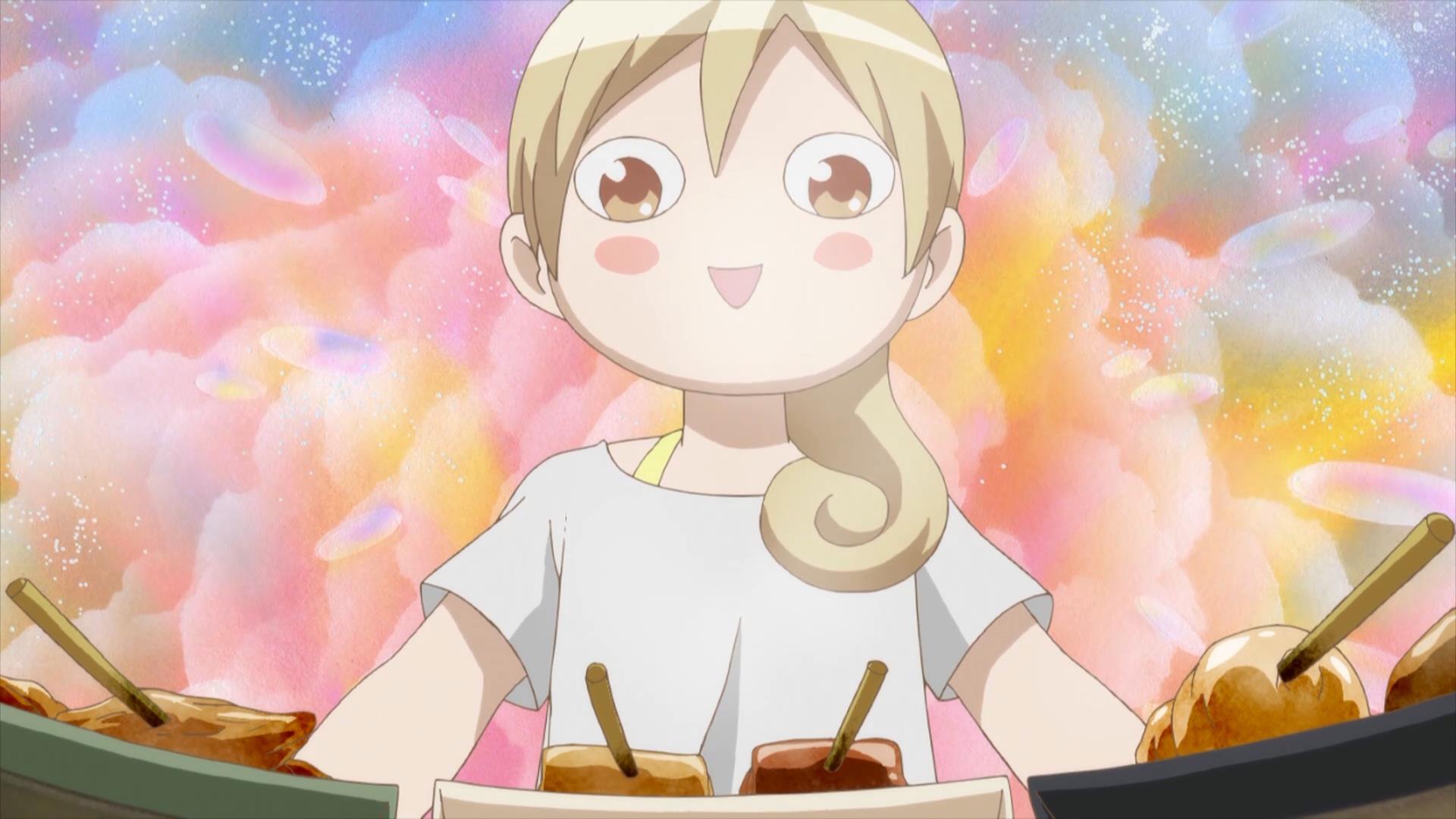 A few years ago, I stumbled upon the English translated version of Wakakozake via Comixology, and loved it. I just consumed the volume of manga and thought it was perfect for foodies and slice-of-life lovers. When the pandemic came, I found myself at home with more time on my hands and reread many old favorites and comfort reads across genres including manga. When rereading the manga, I did remember that there was a anime adaptation for the series that perfectly fit in the bite sized anime category for my palate that was too good not to share!

The tagline from the manga tells us: “A 26-year-old Who Enjoys Herself at Bars Alone, Eating And Drinking.” The anime follows the outings of Murasaki Wakako, a 26-year-old Office worker who loves finding new places to eat at after a long day at work. Delicious food and drink is KING in her book and finding that perfect pairing of the food she wants to eat and the perfect accompanying drink makes the search all worth it. When that magical moment happens, when she’s achieved this feat, a very happy sound of “PSHUUU” leaves her lips.

That’s it. That’s the anime. Just an anime of Wakako venturing out and being the foodie I wish I could be and reminding me in my heart of what eating inside restaurants was like before the chicken and cheese panni hit the world. It reminded me of the solo dolo adventures I loved taking by myself as a college student. I’d just explore different local places after hitting up a museum or watching a movie at a theater and going to place I had never been to before and grabbing a bite to eat nearby!

Folks that Wakakozake could appeal to include:

What makes this Series Standout:

I love it when an anime series has rewatchability. At just twelve episodes and a runtime of three minutes or so long, I don’t think the episodes or the series are too short. Wakakozake is short and sweet and gives viewers enough of an appetizer to enjoy Wakako’s entertaining adventures finding a fantastic place to have lunch or dinner each time around.  Sometimes her outings, especially the ones after work, serve to be a time to decompress when she’s had a less than stellar day. Other times her outings serve to be a fun pit stop before going home when she’s already having a night out on the town.

Some standout episodes include: the very first episode as it really demonstrates how particular Wakako is with her food. It also sets the standard with the audience with how precious this time, eating and drinking, alone is to her. Episode seven features potato salad: a side that I love, but I won’t eat everyone’s, especially if I’m offered some with raisins in it or worse. This is a really fun episode, because I loved seeing Wakako describe everything from the texture to the funfact about potatoes at the end. Episode eleven unlocks a hilarious memory from her college years that really puts in perspective her love for a certain dish she’s happy to eat by herself now. The final episode features an appetizer that will remind the audience that sometimes food can act as a slow acting medicine and take our minds off the difficult issues in our mind, if only for a short while.

I’ve thought long and hard about what makes Wakakozake a standout as an anime series, and the answer I’ve come to is simply: the magic of discovery. Watching Wakako try all these different combinations of great food and drink is not only educational but amusing and wholesome to watch. Folks watching may see some food items that may be familiar to them in different forms and created with a twist also makes it worth watching. For example, the fried chicken she enjoyed in one episode was marinated with sake which is different from how I was taught in my parents’ kitchen.

Wakako’s appreciation of food paired with her enthusiasm to find new places to eat reveals that she appreciates how her meals are prepared and what ingredients are used. Oftentimes, she inspires others coming out to eat to pick what she’s having based on her expressions at the end of a meal. Re-watching Wakakozake has made me hungry for not just more bite sized anime but to also get back to throwing down in the kitchen and get back to checking out local restaurants that I haven’t been to before. Wakakozake remains a comfort anime of mine and one I still very much consider a hidden gem that I will always recommend.

You can find Wakakozake streaming on Crunchyroll.