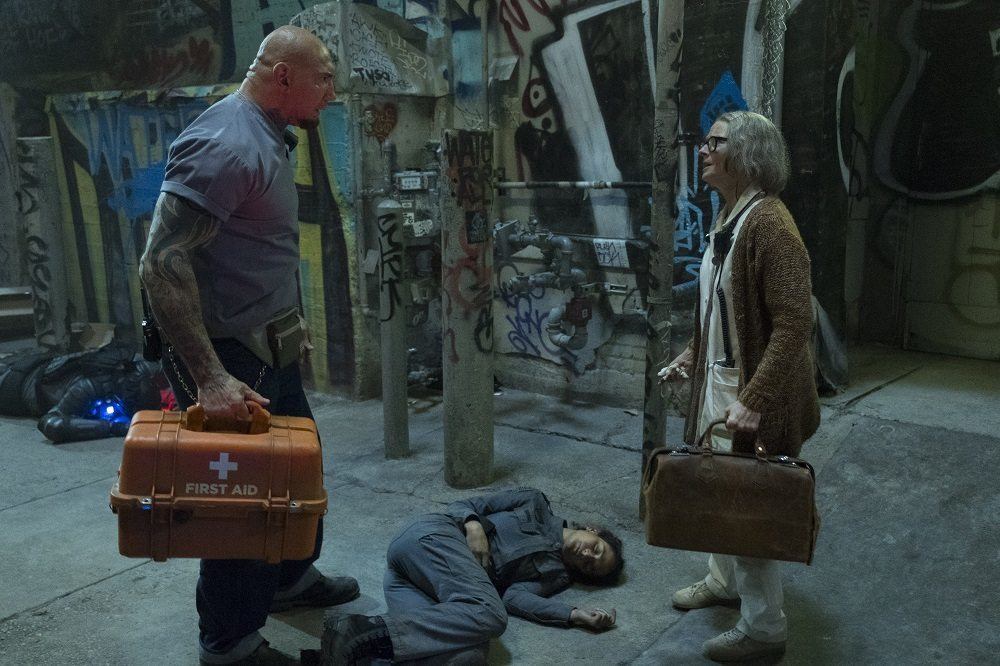 Review: Hotel Artemis Isn’t Trying to Do What You Think It Is

First, I’d like to say a hardy eff you to the cast and crew of Hotel Artemis. Here’s the thing, I took myself on an I-hate-the-world-and-want-to-be alone-and-watch-things-burn-and/or-explode date AKA just another Friday for Nicole. I was not trying to feel. If I was trying to feel, I’d have re-watched First Reformed. I didn’t. Instead, I showed up to the John Wick-adjacent universe that is Hotel Artemis.

I was tricked. But… I’m okay with it.

The titular Hotel Artemis is located in 2028 LA, a time and place being torn apart by water riots [stares out into the horizon contemplating this possibly likely future]. It is run by The Nurse, played by Academy Award winner Jodie Foster with assistance from Everest, played by Dave Bautista. Foster who has been acting since she was a toddler and racking up awards for almost as long is perfect in this role. Always moving on a spectrum ranging from indifferent to endearing, Foster delivers a character who is as believable when she’s telling you she’ll watch you bleed to death if you break the rules as she is in her moments of fragility. 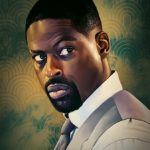 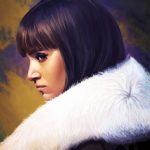 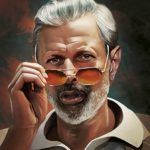 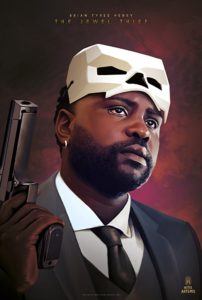 The patients at the Hotel Artemis are a wickedly talented crew. Sterling K. Brown plays Waikiki. He, along with his brother Honolulu played by a favorite of mine, Brian Tyree Henry, are bank robbers who have had a bad day. There’s no other reason you end up at a members only underground hospital for the shady. They’re joined by my new cosplay goals, Sofia Boutella’s Nice, and the generally unlikable Acapulco (Charlie Day). Add forever-bae Jeff Goldblum as Niagra, and it’s hard to go wrong.

But… if you showed up looking for a shoot ‘em up, kill ‘em, oh-my-god-how-did-they-do-that-kick-punch-kick-elbow-to-the-throat-combo, you’ll only be half right about the movie. It is all of those things.

I see you, you beautiful and perhaps unintentional homage to Riddick.

But, as the trailer espouses, the Hotel Artemis is built on Trust and Rules. While this movie may falter in some important ways such as its ending or how it might have been longer (it’s a meager 93 minutes in an era of 2+ hour films) in order to add more depth to the each of the characters, it is essentially about The Nurse and those two pillars upon which her hospital is built.

The rest of the cast, while obviously talented, end up serving as lessons, warnings, and metaphors in and about The Nurse’s story. This could leave you feeling like a bait and switch, but it also could leave you thinking about the concepts of trust and rules. Who do we trust and why? Are they worthy of our trust? In a hospital full of criminals, in a city full of riots and corporate greed amplified, is it possible to trust? Is it necessary? And when that trust is broken, what then? If we build our lives on rules in order to maintain some semblance of control or a façade of order, what lengths will we go to to enforce those rules and thus maintain our lives as we know them? What could tempt us to break the rules? And… what happens then?

Director/writer Drew Pearce is intentional here. The characters are interesting and each have enough backstory to allow us to have favorites—or at least sympathies. The relationships between the staff, between the patients, and perhaps more complicated, between the staff and patients builds slowly and believably so that by the ending, enough has been built or said or implied that even if we don’t like it, we can accept it as long as we acknowledge that everything that happens, even when she’s not on stage, is in service of The Nurse’s story.

The ending is simultaneously anticlimactic and ambiguous enough to allow for a possible sequel—or at least a film set in the same universe. And that wouldn’t be so bad because it is a beautiful universe in its own way.