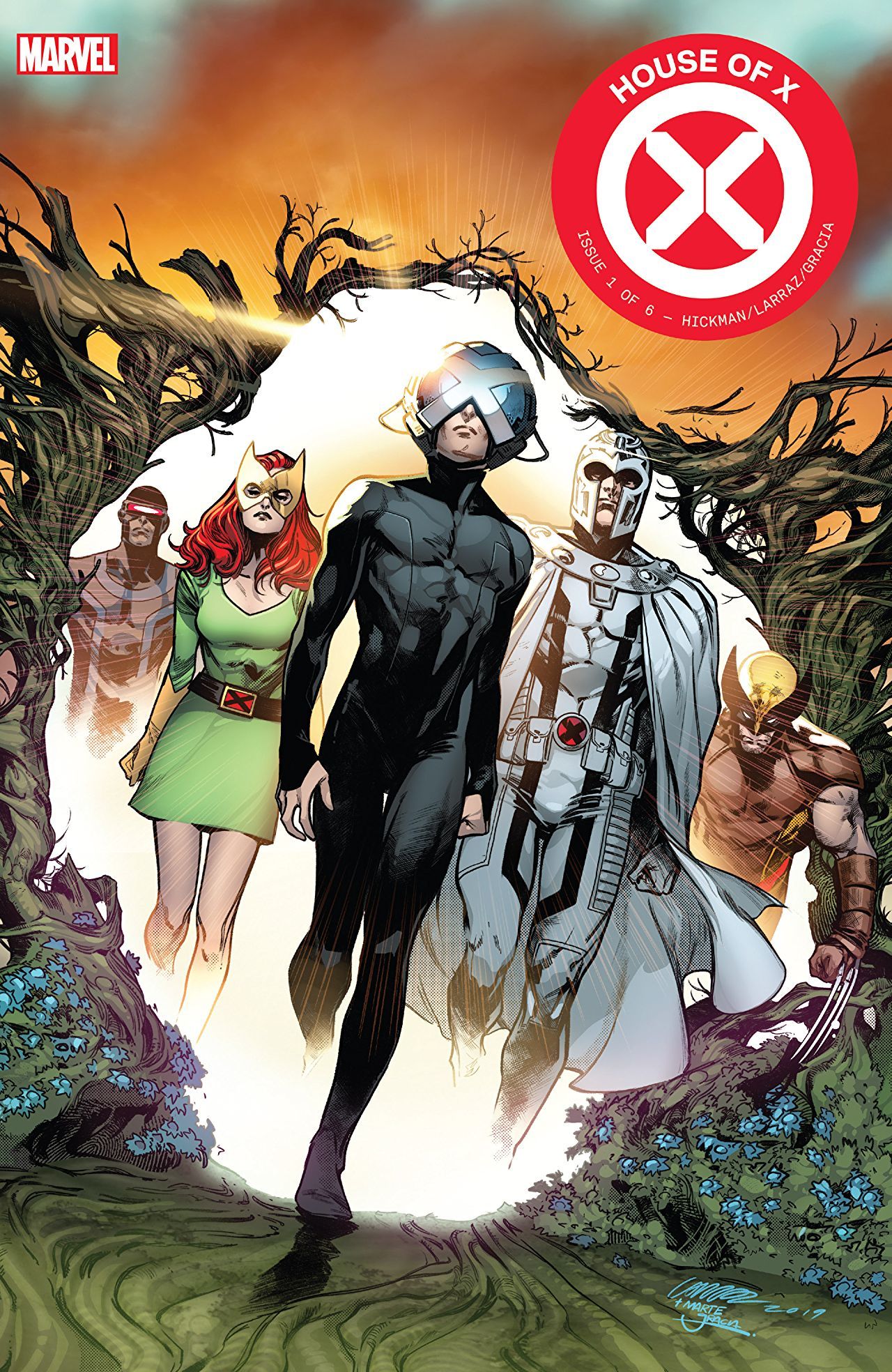 If you haven’t heard the news, Jonathan Hickman, one of the most reknowned writers in recent comic history has taken the reins on the most in/famous team (yes, even more than The Avengers) in Marvel history — The X-Men — starting with House of X. Hickman is on record being brutally honest about his meetings with the Marvel big wigs. He had big feelings on where he’d like to take the X-Men and where their rightful place is. In an interview with Comicbook.com, he said: “So I argued for cancelling the entire line: Why it would work, why it was a good idea, and most importantly, why it was what we needed to do narratively to return the X-Men to their rightful prominent position in the Marvel Universe.”

With that as the base of our understanding, the X hype has been real. Rightfully so. Hickman, along with Rick Remender, Brian Michael Bendis, and Jason Aaron, have all executed some wonderfully planned storylines and character retcons that set up the Marvel Universe for years to come. The X-Men are next up and it makes perfect sense why Hickman is the man for the job. This title, House of X, will focus on “a pivotal month in the history of the X-Men where everything changes for mutants on Earth.” The accompanying book, Powers of X, “is a story about the history of mutants in the Marvel Universe” that will work in perfect harmony with HOX and drop bombs that will force readers to go back and rethink what each reveal from the previous book actually meant.

Ok, enough backstory, can I talk my mutant ish?!

House of X is a phenomenal inaugural issue. Everything gets set up to properly usher in this new era of Professor X and company. Speaking of Xavier, that’s exactly how this issue begins. Charles can be seen strutting through a primordial looking forest of organic greens and pods of some sort. They burst open and he welcomes his X-Men who crawl to him before the realness begins. 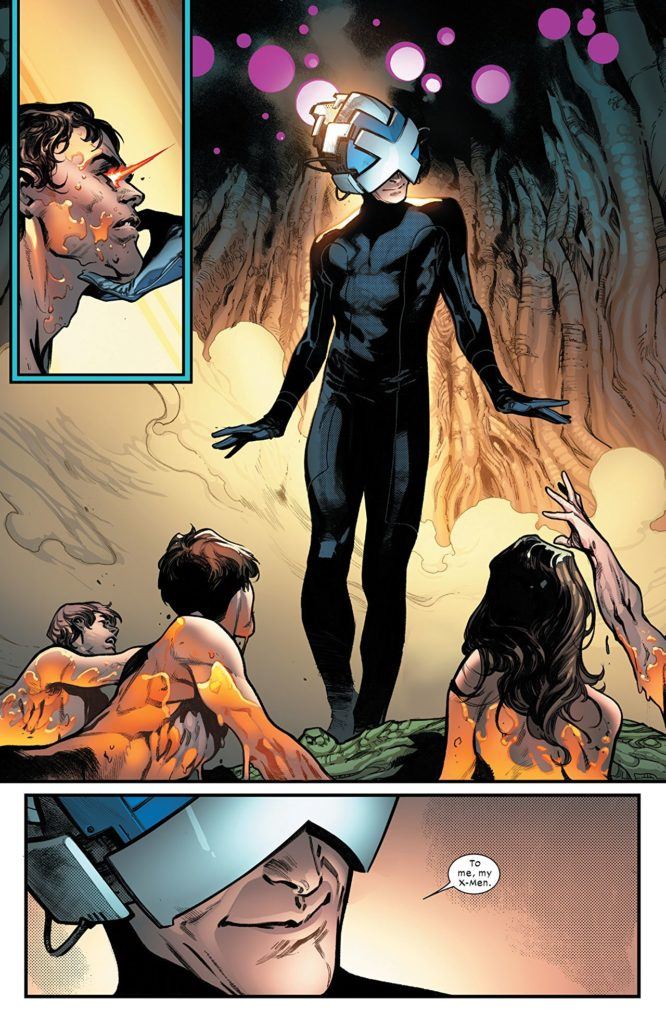 The rest of the issue plays out as a meeting between a budding greenhouse and a United Nations convention. The greenhouse is an extension of Krakoa, a mutant island that possesses incredible abilities, like allowing mutants to teleport themselves from one destination to the next, as well as housing a pharmaceutical angle that has species-changing possibilities. The UN meeting is facilitated by the Stepford Cuckoos, who allow various world ambassadors to explore sections of Krakoa before reaching their final destination. More on that destination later.

Let me pause here, and express how absolutely gorgeous this issue and the details of each panel are. Artists Pepe Larraz and Marte Gracia exceed all expectations and produce brilliantly vibrant colors while drawing incredibly detailed character expressions from start to finish. The various locations of Krakoa are so lush that you wonder where the artists inspiration could’ve come from. The panels that detail micro level interactions sport cotton candy hues, providing gorgeous backdrops for mutant interactions and embraces. The moments that force you to realize things will get real dicey real soon, such as Cyclops’ interaction with a certain family of four, and his acceptance of where they currently stand only lends itself to the set up of a fascinating future. The scenes that make you shiver with excitement, such as the final panel featuring Magneto’s venomous and legendary last line, establish exactly where this story is heading. 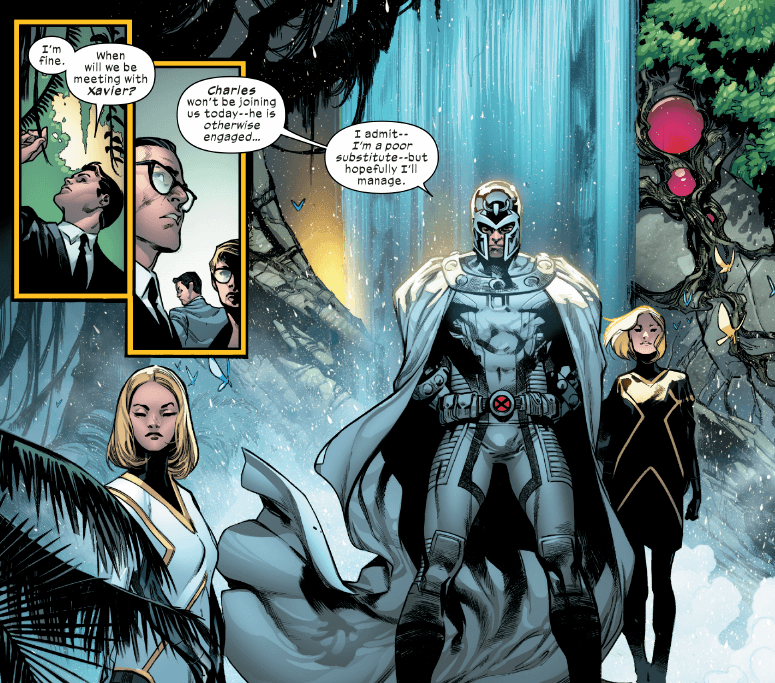 By the close of this plus-size issue, the world of the X-Men, and humans alike, has been completely re-established and the scales have been tipped in the favor of the super powered. Of course, this means nothing to skeptical humans, as evident by the responses to these new revelations…but you’ll have to dive into the issue to find out the details on that. There’s just so much to keep you entertained in this one book that I foresee every X-fan grinning from ear to ear as we all begin this journey that is set to take years before the final payoff. From the periodic breaks in the story that provide context and explanations to Charles and Magneto finally coming to terms with their differing ideological opinions, House of X holds back nothing and is the start of so much greatness to come.