So, Justice League #45 is just an unusual book. It capitalizes on the the huge moment in last issue where the Anit-Monitor was successful in killing Darkseid with the aid of the Flash or at least the Flash’s body. Now, instead of it being a good thing that maybe the biggest tyrant in the known DC universe is dead, it has instead created chaos and affected different members of the League in dramatically different ways. 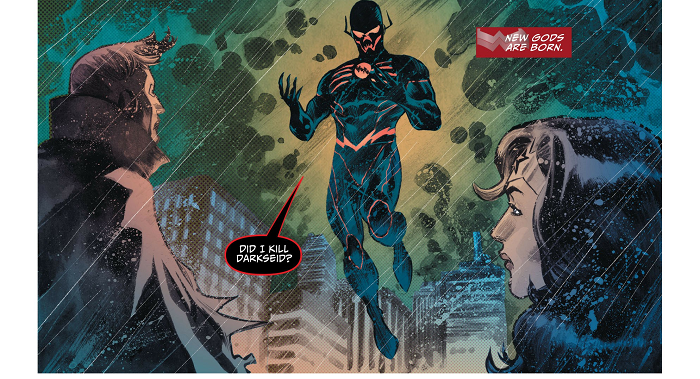 The first thing you will notice about this book is the appearance of Francis Manapul’s art or rather, the absence of Jason Fabok. It definitely aligns with the change in direction of the narrative to have a jarring change in the art and it works most of the time. It really stands on a principal plane of do you enjoy the overall package of this possible new direction of the book when the first 4 issues of this arc have been so great. This issue focuses on the concept of “New Gods” and truthfully, none of these ascencions look great for the outcome of the world. Each member is facing new threats and possibly having to deal with an evil or at least morally ambiguous version of a team member which could set up for some great stories down the way.

Which is essentially the gist: this issue is mostly set up, which is fine. After such the break neck action and huge revelation at the end of last issue, it’s ok for this book to clear the table and give us some crazy tidbits to nibble on for the future of this story. 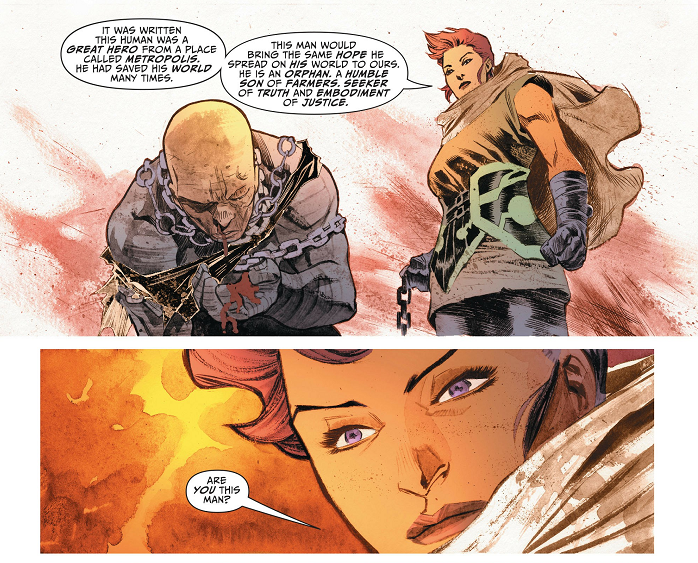 Justice League #45 is a departure from the beginning of this arc, which has both it’s ups and downs. There’s a lot of intrigue for what comes next now that some of the members have “ascended” to different roles, but overall movement of this issue brings it in lower than the preceding issues.