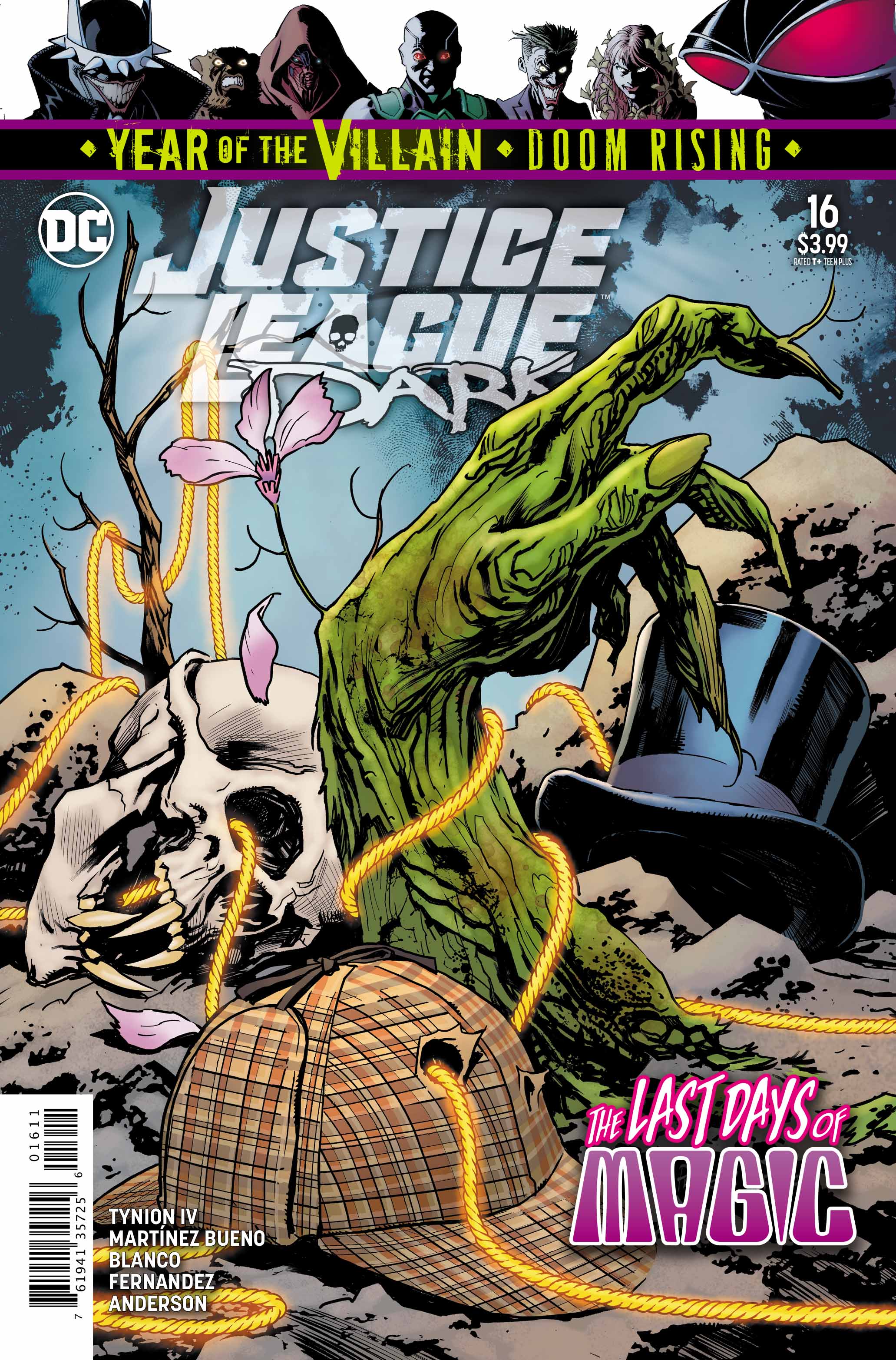 Authors have always played fast and loose with comic book continuities, so it’s hard to say exactly when the events of Justice League Dark #16 takes place in relationship to Justice League #34 but really the big take away from this issue is that the “Witching War” is going poorly and the dark world of magic is somehow getting progressively darker despite all efforts to the contrary. Which is to say that the creative team is doing their job oh so very well and that their vision is coming to a climatic end.

Circe’s grand plan unfolds pretty rapidly from the get go, and we get to see Tynion IV continue to encapsulate the essence of the cast pretty seamlessly. With all the chips on the boards and cards on the table, we’re seeing characters in a stripped-down state and Tynion IV has a perfect combination of quick wit and sobering statements that keep the issue at a brisk pace. Wonder Woman gets a whole slew of exposition from Circe while Detective Chimp and Khalid deal with a monstrous Man-Bat and each page turn remains enthralling. 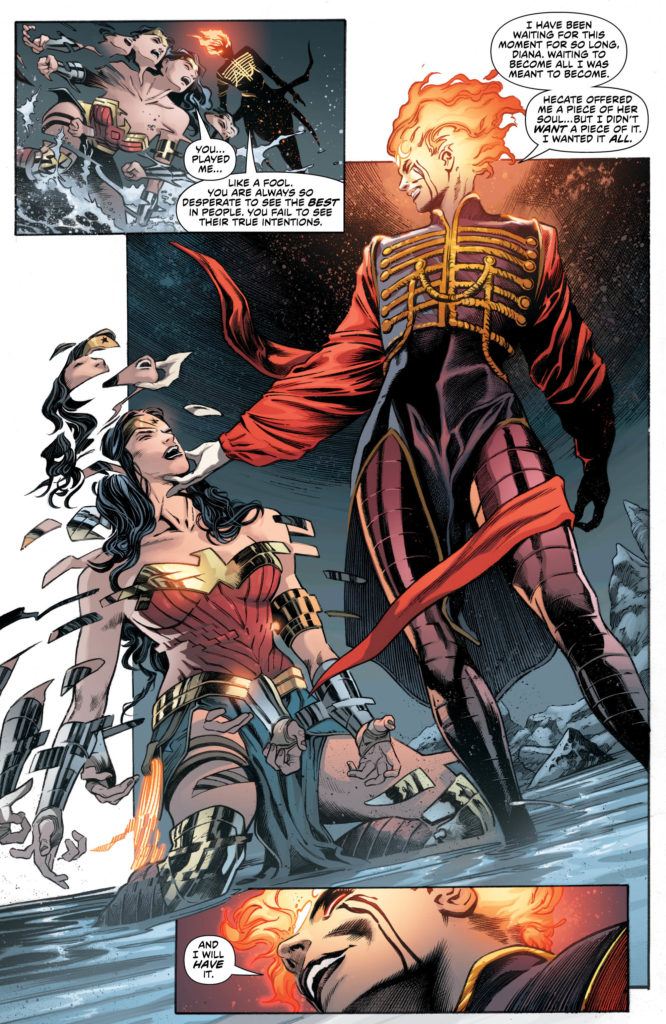 Martínez Bueno and Blanco’s artwork continues to be a brilliant tapestry. The displays of magical prowess and reality bending spells bring the book to life, and it’s just incredibly awe-inspiring how brilliant some of the illustrations are. The level of detail is astonishing, and the book’s aesthetic have remained consistently top tier throughout the run.

With writing and artwork this stellar, Justice League Dark #16 continues to be a fantastic run of the world of magic. It’s a complete reading experience that encompasses such a staggeringly grand scale and is just incredibly enchanting in all the best ways possible. The monsters are beginning to take shape, and it just makes me excited to see what Tynion IV has in store for the cast.