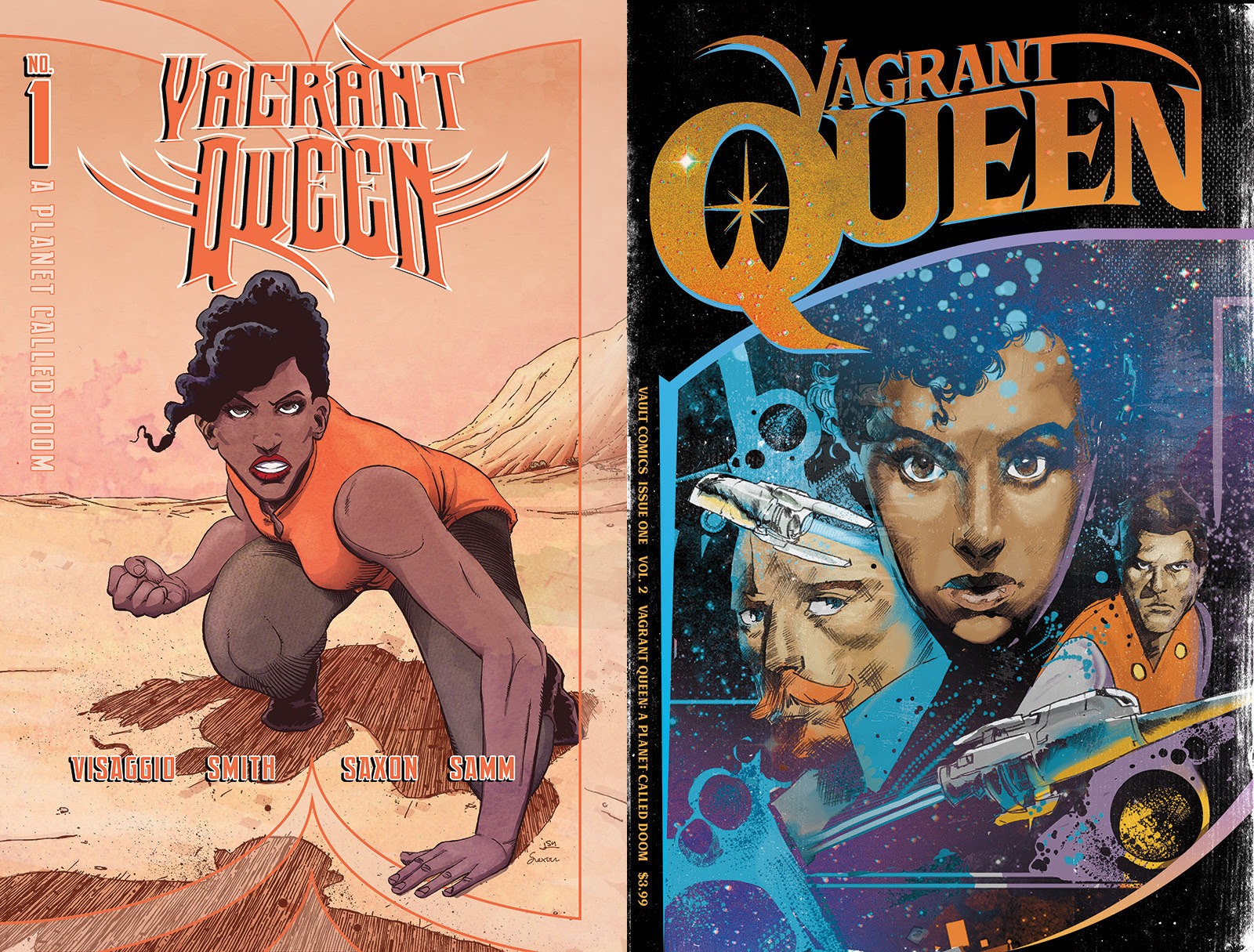 Vagrant Queen is the story of former child queen Elida who was driven from her throne at age ten and forced to wander the galaxy, evading the revolutionary forces that wanted her dead. When an old frenemy claims to know the whereabouts of Elida’s long-lost mother, she is forced to return to her former kingdom and stage a rescue. Fellow comic book reviewer Leslie said of it: “full of fistfights, gunfights, and word fights, all centered around the main character, a deposed young brown-skinned queen, Elida.”

The series from Vault Comics has done pretty well for itself, with a TV show adaptation debuting next year, there’s more big news too: another comic book series of Elida’s adventures! Written by Eisner and GLAAD award-nominated Mags Visaggio, drawn by Jason Smith, colored by Harry Saxon, lettered by Zakk Samm, and designed by Tim Daniel, Vagrant Queen: A Planet Called Doom picks up where the first series concluded, however, it serves as a perfect jumping on point for new readers who want to hop on board this epic sci-fi journey.

Vagrant Queen: A Planet Called Doom #1 hits stores in January 2020 and will have a B cover variant drawn by Nathan Gooden and Tim Daniel. Here’s a snippet of what to expect:

“Get ready—Vagrant Queen is BACK! Elida Al-feyr has finally managed to build a happy life… until a mysterious man in an ancient white ship shows up and takes it all away. And hey, where the hell is Isaac?”

In 2020, Vagrant Queen will debut as a TV show from SYFY, produced by Blue Ice Pictures, starring Adriyan Rae, Tom Rozon, and Paul du Toit. The TV show was created and developed by Jem Garrard and based on the comic of the same name by Visaggio and Smith. 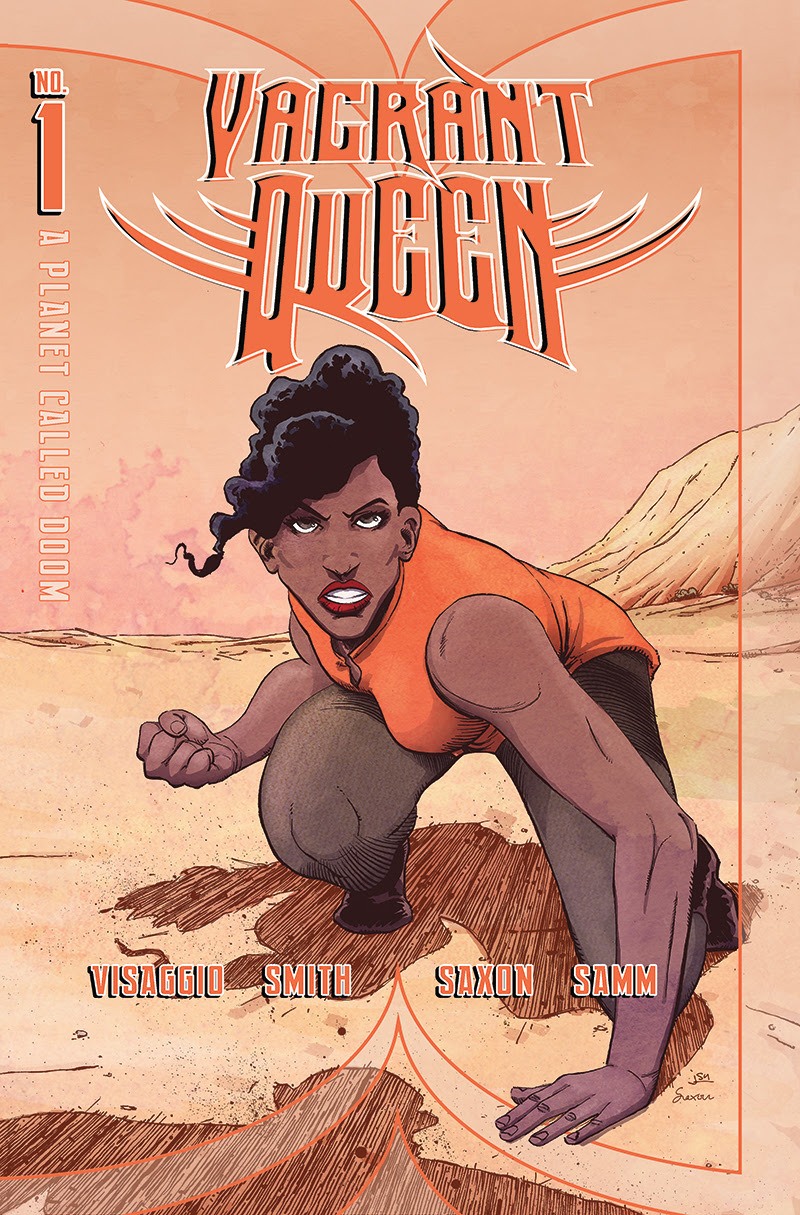 To quote Leslie, one more time: “Imagine a Han Solo movie, except Han is a Black woman and Lando is a scrawny white guy with a punchable face. Yeah, it is a great set up for an action-packed comic.”

To read the series before watching the show and the new series, check your local comic shop or head over to Vault’s website to order the first arc.

#VagrantQueen A Planet Called Doom by @thevaultcomics out in Jan 2020
W: @MagsVisaggs
A: @_jsnsmith
C: (me) @Eru_Rouraito
L: @ZakkSaam
D: @TimDanielComics
Well, the cat’s out of the bag, so I can post this! Have the first cover as it left my pc (without Tim’s bril design) pic.twitter.com/UKZczbeZiO