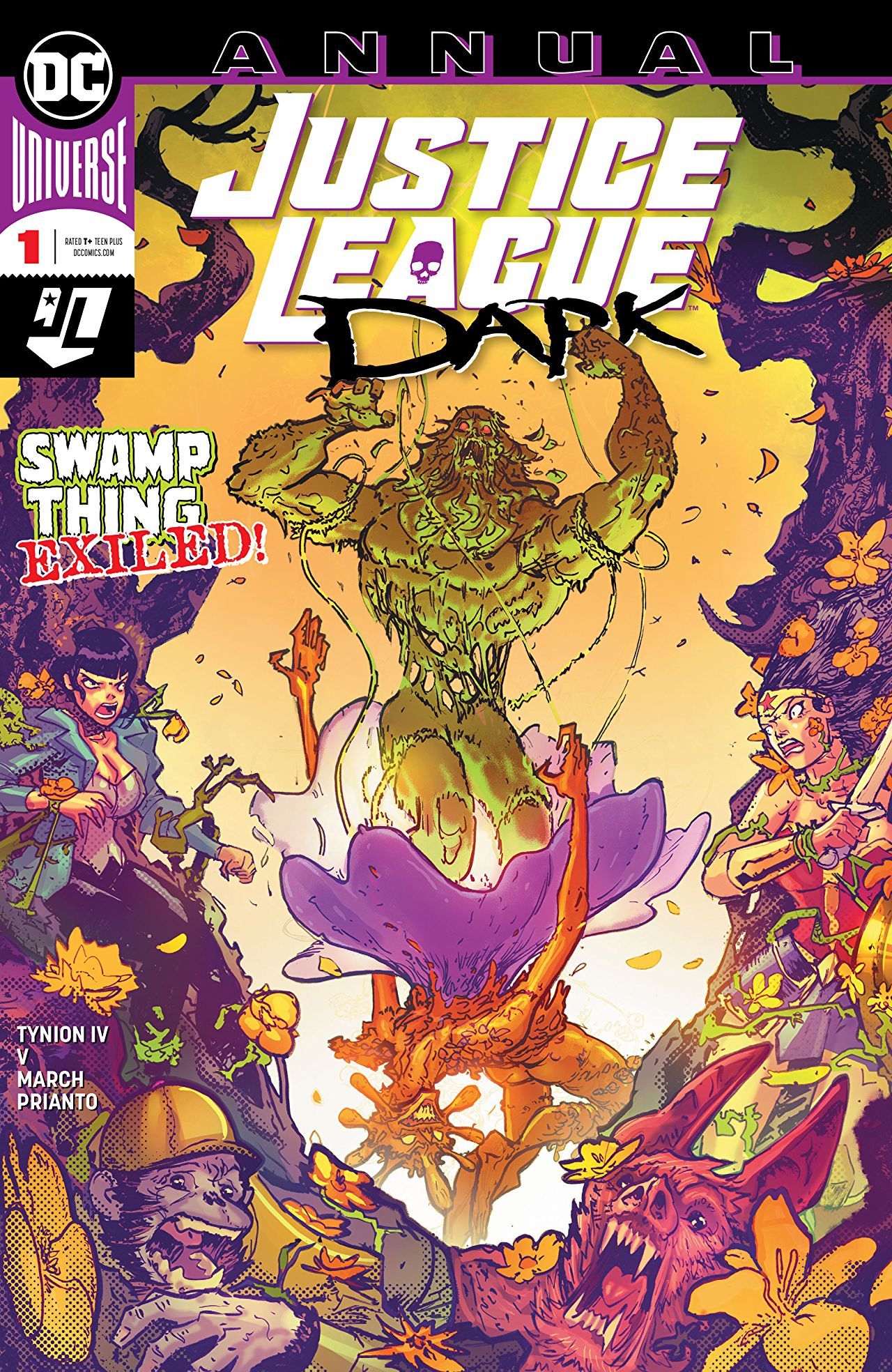 There are times in Justice League Dark Annual #1 that feel less like a comic book and more like a short story with accompanying pictures. Rather than the usual dispersion of texts and panels, there are various pages that have literal blocks of texts, typically coming from the journal of Dr. Oleander Sorrel, the principle subject of the story. Coming off the heels of the high-octane, magic altering event in Justice League Dark #13, this issue is a much slower burn and mainly revolves around Swamp Thing trying to figure out his place now that he has lost his role as the guardian of the Green.

Let’s get one thing out of the way, this is a weird issue by any standards. But the tragic tale of Oleander Sorrel unfolds in a majestically haunting manner. The page layouts are a mix of the standard comic panels and the aforementioned ornate windows of juxtaposed text and image. While I’m usually not a fan of reading prose in my comics, the fact remains that it is a compelling read that is perfectly accented by March’s artwork. With Tynion IV’s contributions to the main story structure and Ram V’s stellar dialog, the story sings as Swamp Thing tries to connect with Sorrel. The parallels between the two characters origins and their contrasting responses to their personal tragedy is touching and heart wrenching in the best way possible. 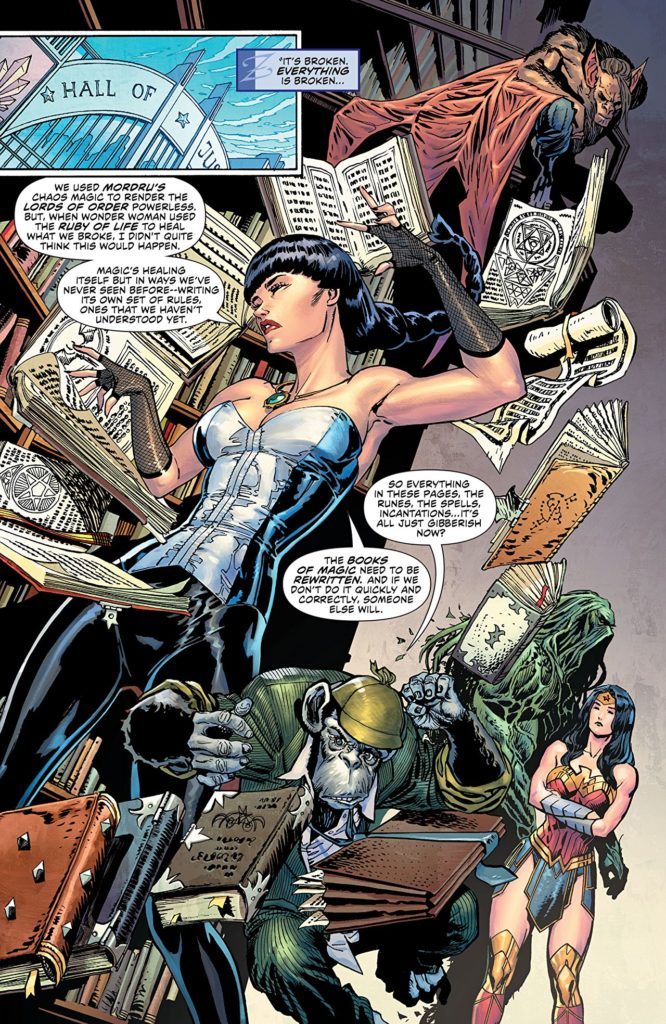 However, March’s artwork is what elevates this fusion of storytelling methodologies to an entirely different level. This is some of the best character interpretation and design that I have ever witnessed, and above all of that is the coalescence of flora and human that is Oleander Sorrel. It is equal parts horror and fantasy, chilling and yet somehow inviting. It’s the type of art that actively captures how quickly dreams can turn into nightmares in truly beautifully/horrific ways. March deserves so much credit for bringing Tynion IV and Ram V’s vision to life.

As an interlude between arcs, this is an exciting one-shot that deserves to be read on its own merits and a must-buy for anyone invested in the Justice League Dark. It’s certainly not conventional, but it provides an experience unlike any other.