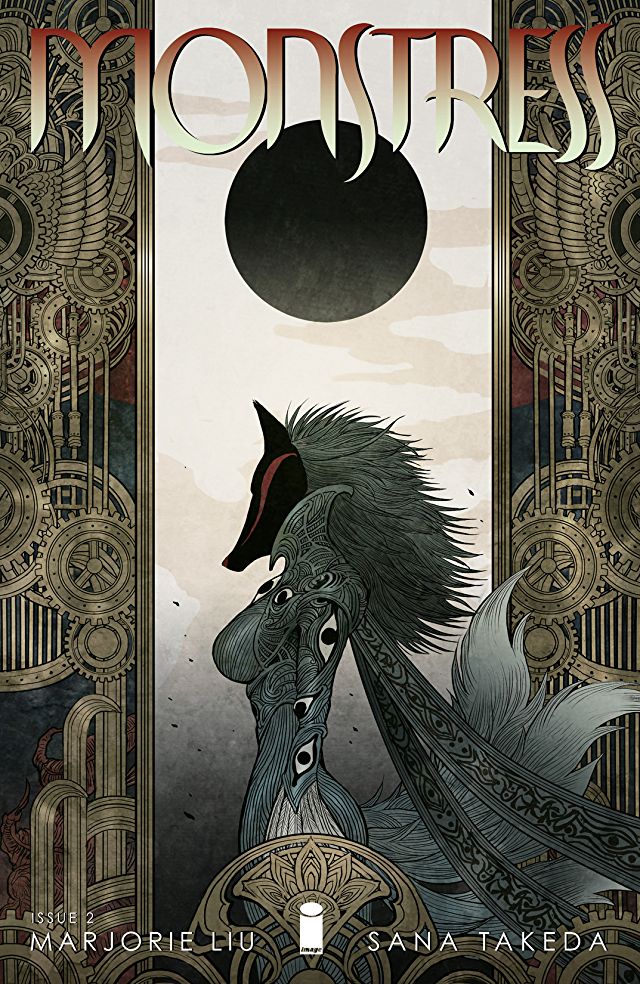 Hello Monstress. It’s been a while. Issue number two has arrived and here’s your reminder that it’s not child’s play. If anything it’s vividly beautiful even when the opening pages are filled with blood and people being slaughtered. Last issue we were introduced to Maika, a young woman now on the run looking for answers and revenge with a terrible power inside of her with an insatiable appetite.  It may be her salvation. It may be her doom. Whatever it turns out to be, it’s dangerous and follows alongside her.

I wasn’t sure what the hierarchy of power here is in this world but we see more women in charge and more women in ranks following orders. It’s a wonderful twist to see so many female characters throughout the story: many in positions of powers, many in speaking roles, several with some type of agency of their own bodies, etc. Dear Lord, we also see a majority of these women committing some heinous crimes, at least morally; so do what you will with tipping the scale and wondering where to throw your lots. It appears to be a world, or at least a society mostly run by women and I can’t stress how excited this makes me and also how pressed for (better and more) representation in comics women have been as a whole. I’m so stoked to continue reading how what looks like a matriarch plays out in this story. 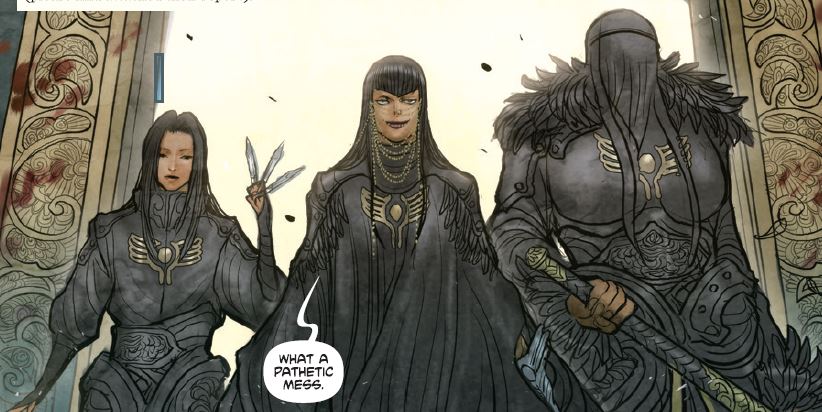 Speaking of female representation, I’d be remiss to not acknowledge how a breastfeeding character was present and not shamed in any way (Because that type of nonsense could only happen in fantasy themed comic books…or wait. Nevermind. I forgot about this. THIS TOO.) But in all seriousness, seeing a woman breastfeeding and mulit-tasking (driving a wagon, advising others, keeping an eye on her wares to sell in said wagon that she’s driving) is legit.

What worries me that while Lu and Takeda are world building and fleshing out the setting that Maika is traveling through is that they may lose readers with these flashbacks that tie into the present day. To clarify, I hope that the introduction doesn’t take too long because I feel that some readers may drop off after too many pages that feel disconnecting to the overall story so far. 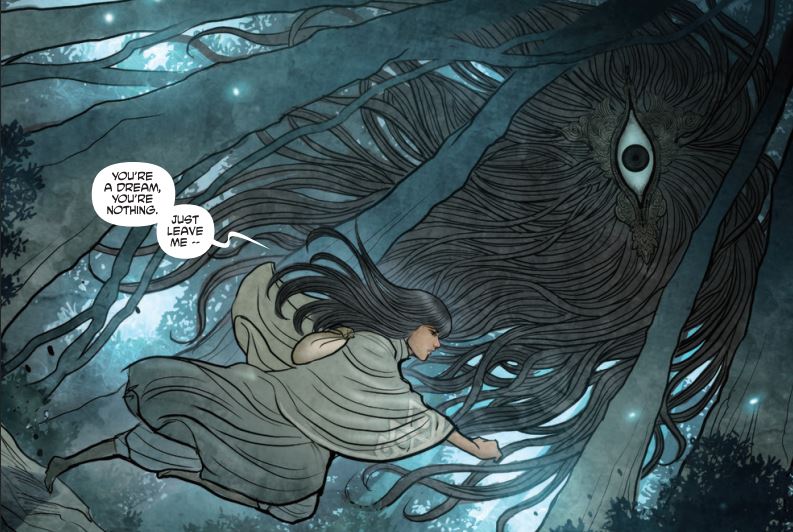 What is undeniable at this point? The plot of Monstress is slowly being revealed and like this entity in the image above is the perhaps the best representation of how this story has been following me around–being thought of and being processed in my head. The blood and gore go hand in hand with the fantastic setting as does the wealth of unique characters and all the motivations of all of them… It’s a lot of take in. It’s a lot to get your head around. P.S. Image Comics has  thing for cats, right? With Saga, Lying Cat. With Shutter, Alarm Cat. Now with Monstress, terrific two-tailed cat. Did I mention that each comic mentioned above has a female artist attached?