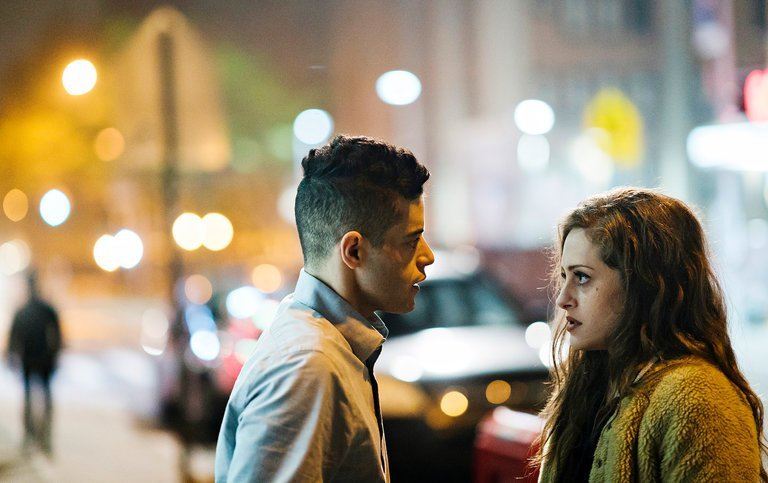 No recap last week, and boy did I moss a glorious recap as Sam Esmail finally reveals exactly what happened after Tyrell and Mr. Robot executed the 5/9 hack. I’ll just jump to the main points.

Darlene out here gettin’ jacked, pressin’ garbage pickpockets and droppin’ gangsta “It was me” Lady Tyrrell-level monologues on train passengers. It’s reminiscent of Elliot’s walk through the powerless streets of NYC and climax of placing the blame for this cyber attack clusterfuck on himself.

Elliot out here breaking and entering Darlene’s snitch house, goin’ thru trash for metadata, pressing Darlene asking for a hacking explanation. He drops a audio canceling device and hits her with that static like Arya and Sansa should’ve had last season. Darlene is too good though. She finesses the convo and places the blame on not being able to trust Mr. Robot. The finesse is strong with this one, as she brings up being hurt by Mr. Robot when he grabbed her up. That seals the deal and Elliot drops the suspicion as Darlene keeps her stool pigeon cover. 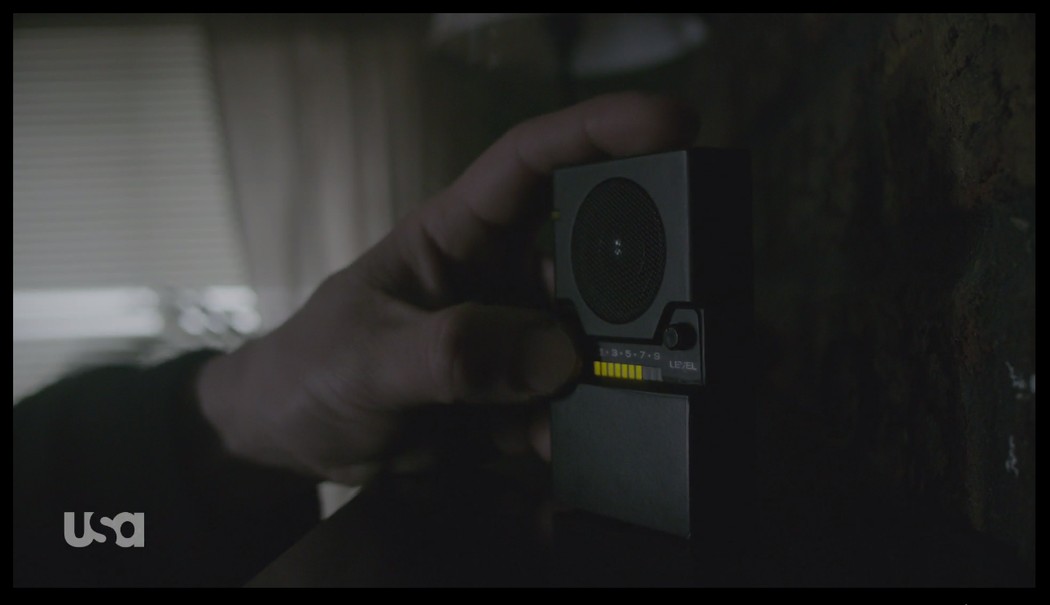 Angela and Irving have ribs for breakfast at Red Wheelbarrow. This dude is an absolute treasure in Dark Army form. He goes off about the science of ribs being so damn delicious then segues into the fact that Stage 2 commences in 10 days on 10/29 (the day of the UN vote). Now Angela has to get Elliot and Tyrell ready to start the next phase of the Evil Corp takedown. But before she can do that, her goodness shines through when she asks if The Dark Army has an emergency evacuation plan in place for when the building is turned to smithereens. He hesitates, but says they do.

She follows up with one more clarification before she goes all in on convincing Elliot to destroy a building, the economy and sanity of the people. She asks if WhiteRose “show”ed him. I believe we’re supposed to assume she means the Time Machine or whatever is in that power plant/nuclear reactor basement. Irv tells her that WhiteRose did in fact show him and that he does believe it’s possible. Paraphrasing the way he put it, with the technological advances we’ve made in the last 2 decades, who’s to say she can’t do anything she sets her mind on?

They head to Elliot’s apartment that he trashed digging for more hacking bugs. Darlene does what she do and convinces Elliot he needs to return to episode 1 status where he was ready to stop Stage 2. Elliot agrees and knows the only way to do that is to go to the source. Find out where this is all coming from and how. Metadata. The plan is for Darlene to stay in Shayla’s apartment (R.I.P), watch out for Mr. Robot’s middle of the night takeover, and follow him to where its all goin’ down.

Agent D Nice and sidekick interrogate a man brought in reppin’ that fSociety. He straight up donned his mask and assumed the position as cops stormed his crib. Then had the gall to sit in the interrogation room with the coldest, hardest stank face since Danny Trejo became a character on The Flash. Homebody givin’ 0 fucks ’bout they questions. Not a single flinch goes down! And when they ask him who he is loyal to, all he has for ’em is fSociety. Dom and SideGoKickRocks argue about D. Nice bringing up the mythical WhiteRose and how easy it was to follow his IP address to his home address. Something ain’t adding up.

Elliot returns home from a corporate drone office party function and Darlene got jokes on his Armani outfit. They go walk Flipper and decide their worst case scenario. If Darlene follows Mr. Robot to Tyrell, The Dark Army and shit goes down (AKA one of them gets murked), they vow to exact revenge for the other. A vengeance pact if you will.

On cue, Mr. Robot takes over around 2am and heads out to cause some terrorist anarchy. Darlene follows but the person he meets is one of the last people she expected; Angela. Blue-eyed, angelic, lifelong friend, Angie from the block out here hack hustlin’! Darlene is almost spotted but stay on her extreme covert ninja flow and follows them into the subway, then back above ground until she loses them in a cab.

Angela, Mr. Robot and Tyrell all link at the hack house and discover Elliot’s anti Stage 2 moves from the first episode. He’s shipped all the recovery data across the U.S. so The Dark Army can’t cripple the company. Tyrell is livid, Angela is calm, cool, throwing out contingency plans (that sound great, honestly) and Mr. Robot is out here wildin’! He lets Tyrell know exactly who the architect of this revolution is and has him take ten seats before getting woozy. Angela tries to hold onto the tether tying Mr. Robot to this reality but she knows it’s a lost cause and hides the evidence then goes into Black Willow/Hulk lullaby mode. The Elliot/Mr. Robot dynamic is evolving before our eyes.

Agent D Nice and Darlene link at a bar where Darlene forces the Fed to buy her a drink because she’s tired of being a traitor and needs to flex. She flips the script on Dom and runs through her own Q&A session. She gets the hometown and siblings basics then strikes a chord when Dom gets coded with the relationship status. A derogatory term is thrown out there but Dom keeps her cool and asks her about her love life. That turns sour real quick once she brings up the fact that Dom saw her last boyfriend’s blood and guts scattered across the floor of Lupe’s Diner like a scene out of Saw. She tells Dom that she has to go into her next covert mission without a wire. She recognizes that she may have immunity but she’s playing a game that will bring her brother down for one of the biggest crimes ever.

Angela has to phone in a favor to Philip Price and he obliges, despite her secrecy in why she needs him to fire just another “number” Elliot Alderson. The camera pans to the next room perfectly as we see Mr. Robot back in control complaining about Elliot screwing everything up with his paperless, data backup rerouting. Then Ang gets a call from Irving who tells them they are a go for Monday. Guess Irv’s speech to Tyrell about him being the actual God in this corporate takedown revolution.

We end the episode with Darlene going back to Elliot’s apt to get her rat intel, but her brother is staying over at Angela’s so Elliot can be kept at bay. The scene was shot so proper with the camera positioned high, facing a book shelf. Darlene comes in, looks around, pets the dog and realizes he’s not home. The episode comes full circle when she places the photo she forced the trash thief to give back, onto the shelf. Her, Elliot and Mr. Alderson. One of the last good memories of them together with their father.