Disney+’s Ms. Marvel has two episodes left and things are heating up. Kamala Khan seeks info on her Djinn heritage and the truth about her great grandmother. Finding comfort in new allies, she’s once again thrown into fire. Iman Vellani must be given all the credit; she really captures both the wide-eyed wonder and the crushing weight of the world coming down on the shoulders of a teenager. Acting aside, there’s another reason why this scene really works, and it’s far more important to the direction Marvel has been going in as of late. It’s because there’s actually very little superheroness in this superhero show. Instead, they’ve focused so much on the character of Kamala Khan that it elevates the story and the show. And with this seemingly being the direction Marvel has chosen to go, will this be the future of the superhero genre as a whole?

The Power of World Building

I want to start out with a dive into the story telling of Ms. Marvel so far. With the very first episode, it felt like the least superhero property that the MCU has put out so far. That sentence on it own would seem like a negative for the genre, but I’m here to tell you, good reader, that it was the smartest move they could make. We’ve been in Earth-199999, according to Vellani, for 10 plus years now. Ten plus years of futuristic technology, gods, magic, and monsters. A whole generation of people grew up with this as common place so of course kids see them more as celebrities than anything. And Kamala Khan is up to her eyeballs in the fandom. She’s got posters in her room of her favorite hero, writes fanfic, and by her world’s standards, is deep on the nerdy side of the spectrum. Hell, in our real life we see how deep fandoms go for fictional characters. So, Kamala wanting to go to a superhero convention seems typical for a person her age.

And just like our world, liking heroes isn’t necessarily a nerdy thing. I’m sure earlier on it was, back when heroes were still rare and not everyone knew Thor’s dating life. But now, everyone knows Thor is a god, magic is real, and aliens live among them. Hell, everyone probably knows it from Scott Lang’s podcast. Heroes aren’t myths, they’re the modern-day celebrities. So, it’s no surprise that it’s not just the outcasts, but the “cool kids” are just as star struck as anyone. Zoe Zimmer, played by Laurel Marsden, is presented as the queen bee of Kamala’s school. Yet she’s into Captain Marvel just as much a Kamala. Just like us, superheroes are the in-thing, and the show not only reflects that, but is allowing Marvel to fill in their world in a way that connects to the audience on a level they haven’t really explored in depth yet.

Ms. Marvel feels like the first Disney+ show to really focus on the “origin” part of the origin story and get it right. We’ve had Hawkeye which was a fine origin story for Kate Bishop but it’s still a Clint Barnes focused story. And with Moon Knight, while we saw his origin, he was well into his hero journey (well half of him was). But Ms. Marvel just hits different. We meet her at the very beginning of her story and has no established character to rely on. Yes, being a huge Captain Marvel fangirl is a large part of her character. But she’s not appearing in the show as far as we know. It all falls upon Kamala’s shoulders and she’s carrying that weight.

And carry that weight she does. Iman Vellani nails the starry eyed unsure of herself nerdy fangirl. She brings a type of youthful fun that flows from Vellani so naturally. On the flip side, the angst, the awkwardness, it is so authentic. So when she struggles to figure out who she is and what she wants to be in life, ON TOP OF figuring out her new powers, I feel that -ish. A lot of us can relate to being completely overwhelmed in our youth, hell a lot of us feel that in our adult life. Creating that relatability makes us more endeared to the character, so when they hurt, we hurt. All this without a lot of action and superpowers. Marvel really doubled down on focusing on the person of Ms. Marvel with the powers coming second and so far, it’s really working.

The length of a miniseries allows for a deeper dive into the different aspects of a character that you might not have time for in a movie. Marvel smartly used this opportunity to look at an important aspect of Ms. Marvel’s character, her faith. It’s no surprise that we rarely see characters in media practice Islam in a positive light, if at all. Not only do we get some respectful representation for the culture, but it’s also presented in a non-overbearing way. The show doesn’t stop to pat itself on the back, it’s just part of these characters everyday life.

And that’s what’s so important. The representation for a group who doesn’t get it in such a manner is invaluable. There’s going to be kids who will finally see themselves in a live action hero, see how their everyday lives are presented in a positive and realistic light, and we’ll need more of that moving forward. And I give the show credit for not backing away from the trials and tribulations would face in real life. The gender issues at home and in the mosque, the politics and unfair treatment, millions of people face this every day. And we’d be fooling ourselves if we thought that would disappear just because they got some powers. It’s not over the top and portrayed in a realistic manner, and that was the smartest thing they could have done.

It’s touching and heartbreaking to see Kamala go from such enthusiasm in her powers to the dread of bringing unwanted attention to her family and community. And surrounding her with a stellar cast elevates the drama that much more. Her parents, Yusuf (Mohan Kapur) and Muneeba Khan (Zenobia Shroff), are portrayed with a caring yet traditional love towards Kamala that when everyone is having fun, we have fun. Yet when conflict inevitably arises, when we see Yusuf heart break over something Kamala said carelessly or her mother comfort her daughter, it hits. It could have been real easy to overplay the parents either “too traditional” or dropping most of their cultural values, but they’ve struck a good balance here. And I hope they keep this up for the rest of the show.

We’ve also got her brother, Aamir (Saagar Shaikh), who knows he benefits from simply being a man in his family but is still a loving brother. He helps Kamala when he can and is just a genuinely a loving brother. Nakia Bahadir (Yasmeen Fletcher), her friend who is of mixed race. I was actually pretty surprised Disney talked about the difficulties someone of mixed heritage could encounter within the culture. It wasn’t a huge part of the stories but I’m glad the character is there none the less. And Bruno, Kamala’s best friend and her (what will be) her guy in the chair. Bruno is white but is very intrenched in the Muslim community in the show. Not in the overly obnoxious way we tend to get in movies and shows (rewatch the Christmas episode of The Boondocks) but in the “we’ve more or less adopted you” way. He’s knowledgeable in the customs and practices so it’s not presented to the audience as a cultural shock, but when there’s something he doesn’t know, he just asks. It allows for the show to showcase Muslim and Pakistani customs while still feeling natural to the story itself.

And we need more of this, we need so much more of this. Giving representation to the underrepresented and just as important, normalizing the unfamiliar. Because it is normal, it’s everyday life for some people and just because some of us may not be familiar with it, doesn’t mean it shouldn’t be shown and celebrated like everything else. And Marvel has been trending this way more and more as of late, but it’s still not perfect.

Not All that Glitters

At the end of the day, I’m loving the focus on Kamala’s life as a person rather than a superhero. And Marvel has chosen to really go in on this. Maybe to the point of overkill. It’s still a story about a superhero; a fictional comic book character with powers and villains and the like. And well, there’s not a whole lot of that 3 episodes in. Hell, if you remove 10 minutes of each episode so far you wouldn’t even know it’s a show about superheroes. Episode 4 had a lot more action by comparison, but even then, its strongest moments came from the family drama and character development. And to me, that’s refreshing. It’s a true origin story so we probably won’t get her fully fledged hero persona until the last episode. But one of the main criticisms floating around is due to that. People want to see the action we’ve become accustomed to in our comic book movies/shows, and I can’t really blame them for that.

Another, more significant issue is the presentation of the powers itself. What we have here just isn’t Ms. Marvels powers. In the comics she’s more liken to Mr. Fantastic. She can grow parts of her body and stretch them out. And by that description, I can see how visually that would be hard to do. In the show, we have what they are calling Hard Light, where Kamala shapes hard light into shapes like a platform of a giant fist (harking back to her original power). The issue is… the power change is less interesting than what it originally was. Not only that, but it’s cheap looking and at times, lazy. It’s like a low rent Green Lantern, and it’s pretty distracting. It doesn’t help either that the fight choreography has been real choppy. I’d like to hope that in her film debut with a much larger budget, it’ll look leagues better than it does now. The show is so good right now, and it’s a shame that the actual superhero part so far hasn’t had the same love and care as the story. Maybe it’ll get better and maybe they’ll change up her powers down the line. Right now though, it’s a little busted.

While not perfect, Ms. Marvel represents an important step forward in the future of comic book movies and shows for Marvel and in general. It’s not the first of its kind, newer superhero properties have been trending this way for some time now. The Boys and The Suicide Squad revel in their violence but also are character studies on how broken some of their characters are. In Invincible, we’re shown how the loving and deprave Omni-Man is which creates that since of dread in us when the shoe finally drops. The story of the characters is just as important as their power set, and Ms. Marvel doubles down on that sentiment. It’s not perfect, and still has 2 more episodes left. But for me, and many others, it’s one of the best shows to come out of Disney+. And I for one, hope they continue to refine their stories in this manner. 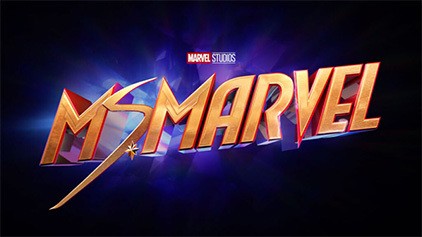