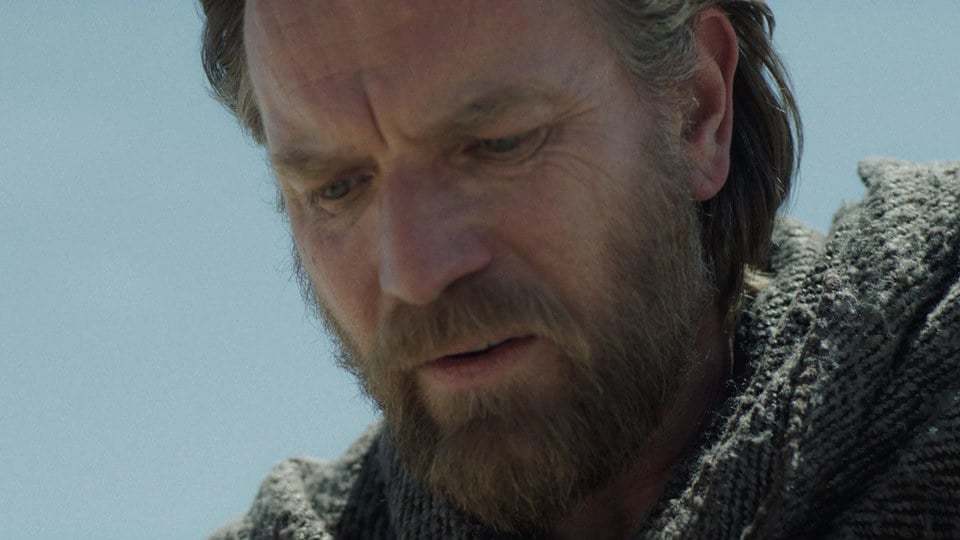 Hello there. Now that Obi-Wan is out in the world, episodes deep, there are some things we need to discuss. First off, if there’s a new Star Wars property there are probably new characters, shifted canon, callbacks out the wazoo, and something…else. Something nefarious and deeply engrained. Something that has tarnished the once wholesome experience the Star Wars franchise was aglow with. For clarity, the “something” is racist and sexist fanboys with a chokehold on the fandom. The kind who want some change but not enough to like change voter suppression or abortion laws – because they remember how things used to be.

From the casting of only two Black actors (three-named thespians James Earl Jones and Billy Dee Williams) in the OG trilogy main cast to a primarily POC main cast in the last three entries in the Skywalker Saga. From Carrie Fisher’s spunky and sharp Leia as the lone femme to Daisy Ridley and Kelly Marie Tran holding major screentime in several blockbuster films. Despite all of this perceived progress, Ahmed Best (Jar-Jar Binks) considered self-harm, Kelly Marie Tran removed themselves from social media, Daisy Ridley sought therapy, and John Boyega was boycotted. Now, Obi-Wan cast member Moses Ingram is catching death threats in their DMs. While Lucasfilm has stepped the social media support of cast members in recent weeks, they were spectacularly silent about the treatment of Best, Tran, Ridley, and Boyega.

How, in a world with Rodians, Twi’leks, Wookies, and hundreds of other fictional but ‘alien’ species does anyone get caught up on the physical appearance of anything in the Star Wars universe? How, in a show like Obi-Wan that aesthetically and thematically references the impact of real-life fascism, do “fans” engage in behavior that reinforces white supremacist fascism? In the wake of the earlier mentioned bullying and the increasing racist backlash, non-white nerds are faced with a wildly absurd question: is this an inevitable part of the Star Wars fandom moving forward? If so, how do we, melanated and marginalized media consumers, move on? Do we abandon the franchise? Which, by extension, abandons the people of color in front of and behind the camera? I’m asking because I am truly at my wit’s end and don’t have an answer.

The reality is, much like the narrative arc of Obi-Wan, we are faced with way more questions about the future of the Star Wars landscape than we are given answers. There are still parts of this fandom where inclusion and diversity reign supreme without sacrificing lore and continuity. The Mandalorian being a prime example, add to that some literary canon from Daniel Jose Older’s Star Wars novels and his run on Marvel’s The High Republic comics. Both of which have all types of DEI gems. Folks from all the imaginary walks of life can be found there, and it’s done with all the swashbuckling panache of the OG extended universe, without the saccharin canon butchering of the Kenobi/Leia dynamic on Obi-Wan.

Don’t get me wrong. Vivian Lyra Blair is doing a great job with the role, but ‘the precocious know-it-all politically savvy beyond her years’ fan service hits a wall quickly. *knocks on fourth wall* We don’t want young Leia throwbacks where she’s doing poorly choreographed parkour in the woods. We want Finn as a Bast-damn Jedi! We want Rose to rise up as a tactical mastermind and replace Leia as the ‘heart’ and general of the rebellion. We want Kit Fisto to not have gone out like a mark ass buster in Revenge of the Sith after seeing him body a whole armada on Mon Calamari in The Clone Wars 2D series! That last one was personal and twenty years in the making, but the point stands. The kinds of diversity and equity true fans want to see in this universe don’t require shifting established canon. There is more than enough galaxy in the world to make new stories, shout out to Taika Waititi who said as much.

“Look, I think for the Star Wars universe to expand, it has to expand… I would like to take something new and create some new characters and just expand the world, otherwise it feels like it’s a very small story.”

Word throughout the nerd-o-sphere is mixed on the reviews for the Obi-Wan series. On one end, the hype train for the Vader vs. Kenobi lightsaber showdown spectacular was running full steam. The anticipation of a Hayden Christiansen acted Darth Vader coming back to the world that launched him into simultaneous stardom and infamy was electric. You can’t write this powerful of a redemption arc. Mind you, every time Vader was onscreen that deeply tense conflict was front and center. Deborah Chow is a fantastic combat director, and she made the fight choreo look and feel weighty. Even the laser deflections looked like an earned and labored on the elder Kenobi. The play-up of the rebellion was a sentimental connection to the later entries in the chronology, and you really can’t go wrong with casting Indira Varma (who plays Tala).

On the other hand, die-hard fans and sci-fi/fantasy enthusiasts were deeply disappointed with quite a few things. Namely, the things that make little to no sense and cheapen the overall quality of the material. Things like Reva surviving the kind of injury that took Qui-Gon Jinn out the Jedi game. Twice. Who gets lightsaber stabbed twice and walks that off? Things like Leia’s parkour abduction in the woods, or the fact that they’d have even met before A New Hope. Things like Kenobi not being able to lift a bag of chips with the Force, to outdoing Anakin ‘I find your lack of faith disturbing’ Skywalker, after a decade on the bench? Outside of reshaping canon and power-level inconsistencies, the real disappointment comes from the series’ lost potential. Obi-Wan had all the makings of a grittier and pared-down story exploring Kenobi’s character post-Order-66. Since Leia and Kenobi had never met, there was no need for that entire arc to exist. Without all the fluff, what we could have gotten was the Star Wars equivalent of Logan. Just Obi-Wan, his PTSD, and a shared obsession with him and his jilted former padawan. A lean, mean, series with Kenobi hitting the one-arm pushups like Iroh in prison. Staying in touch with the Force on the low like a splinter cell agent. Instead, we got something more family-oriented and far less interesting.

Whatever decision-making processes led to the series we just watched gives the idea the show was undercut by plot holes, awkward direction, and a need to pander to ‘fans.’ The same ‘fans’ have consistently pushed back against the inclusion of anyone that doesn’t fit within their imagination. Lucasfilm apologized, defended Moses Ingrams, made snarky tweets, had costars chime in, and the whole shebang. But if there is always a conflict to engage with just to consume some media, is it really worth it? If it isn’t worth it, where do we go? We know what we want to see, but do they – and can we afford to wait? If we stay to consume, how do we demand what we want to see?