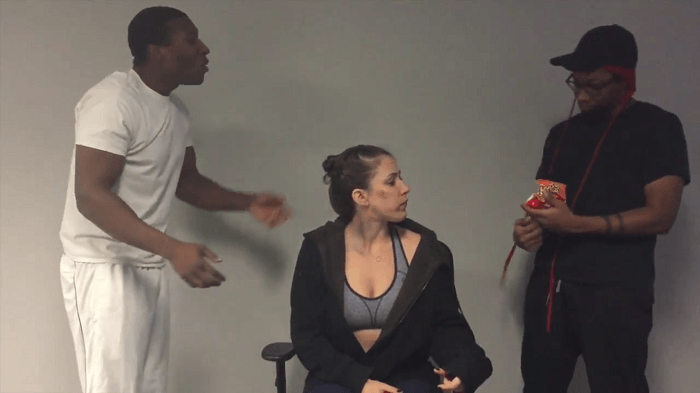 ‪Ronda Rousey appeared in her first interview following UFC 193, where new champion Holly “The Preacher’s Daughter” Holm delivered Ryu’s hurricane kick to the side of her neck. Her first and only UFC loss, Ronda’s never-before-seen interview after her defeat could have gone one of two ways.

[quote_simple]”I mean, you could do the right thing… OR do the real thing.”[/quote_simple]