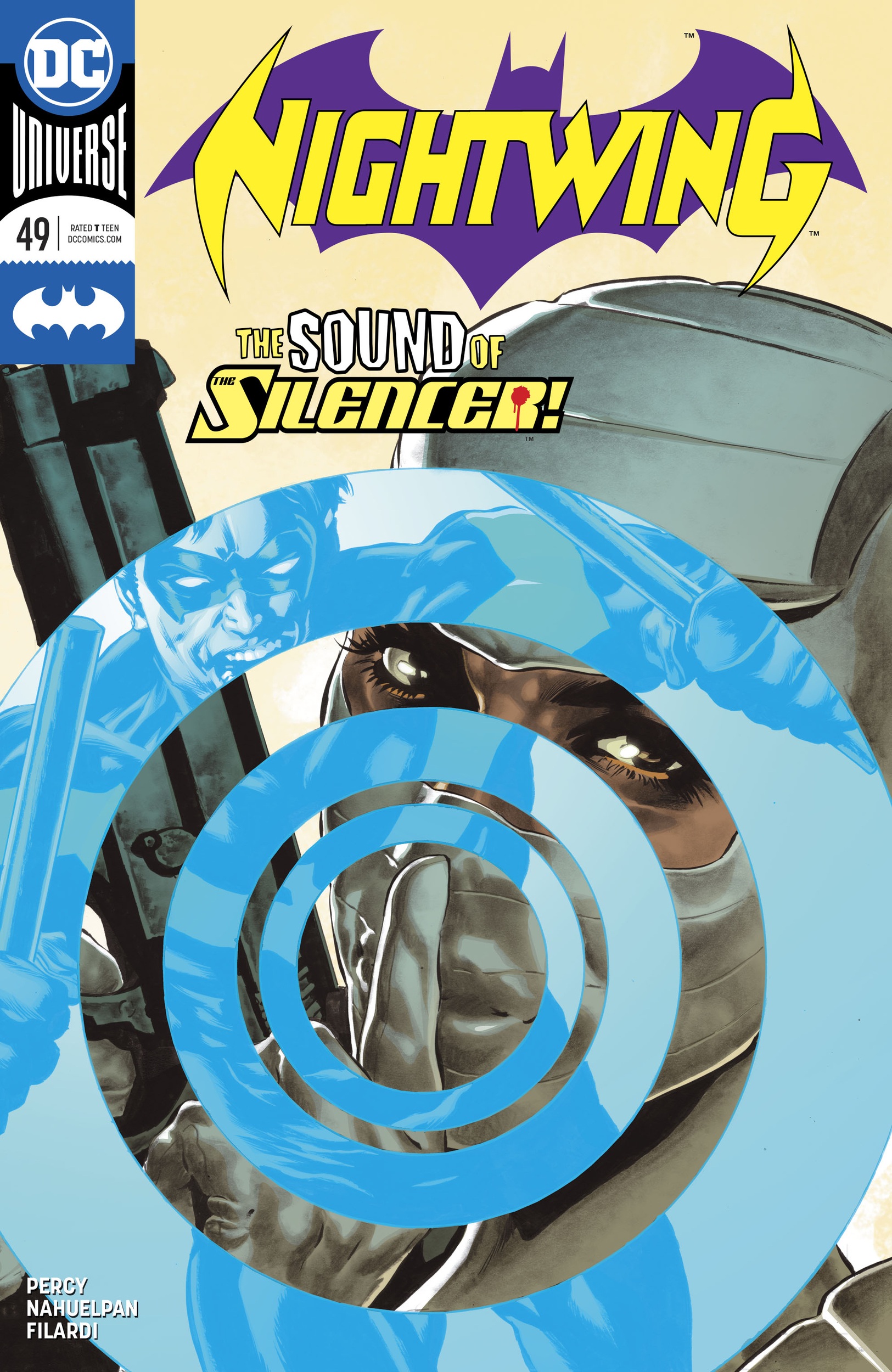 The Sound of The Silencer

There is something incredibly gleeful about Nightwing teaming up with The Silencer in the most dangerous motorcycle race in the cosmos. Compared to Percy’s scathing sociological critique that started off his run, Harm’s Way is about extending the conspiracy in an exceedingly different direction. And the unexpected team up with The Silencer, part of the New Age of the Heroes, only adds fuel to the fire.

Absolutely no time is wasted and all of the momentum from Nightwing #48 carries over. Whereas the previous issue had some preamble, Nightwing #49 is allowed to start in high gear. Nahuelpan’s artwork captures the kinetic action and breakneck speed beautifully. There’s a lot of fun atmospheric cues and oddball technology used in the Isle of Harm is sleek and futuristic in all the best ways. Between afterimages of acrobatic feats and overexposure of motorcycle lights, there are a lot of fun moments. 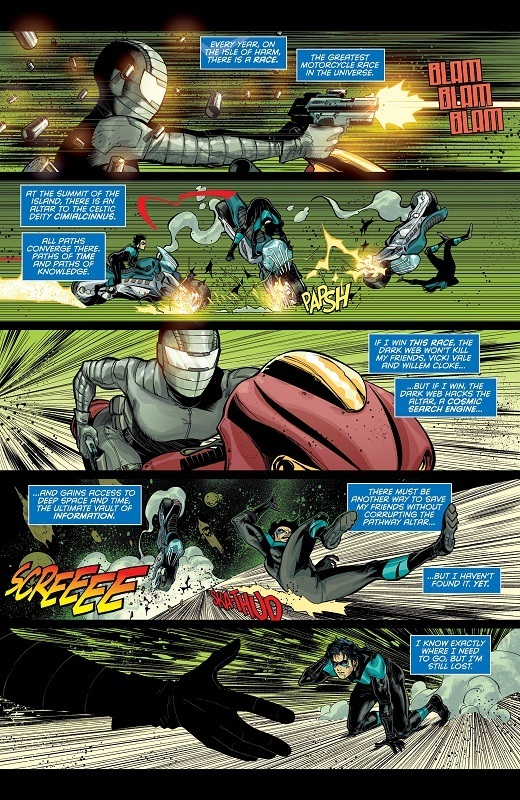 Percy continues to flex with his wit when writing Nightwing’s internal monologue, and while some of the quips and commentary seem a bit out of place, Percy nails some of the more emotionally poignant moments and really gets at the core of Nightwing, the social street level superhero. He continues to weave a dastardly web of dark intentions and intrigue around Nightwing and teases at some of the machinations to come that just get you excited. 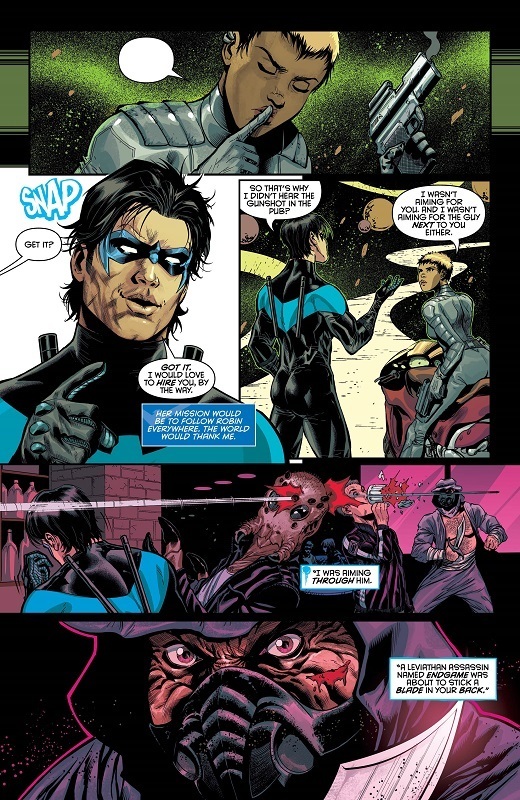 This is probably the best kind of filler arc that you could hope for in modern comics. It’s a quick two-part joint that gets your adrenaline jumping and serves as a nice stand-alone story that still has pertinent consequences to the main arc. Nightwing #49 is the type of issue that leaves you out of breath at the end. And if this is just the appetizer to the milestone issue coming out next October, I can’t’ wait for the main course.