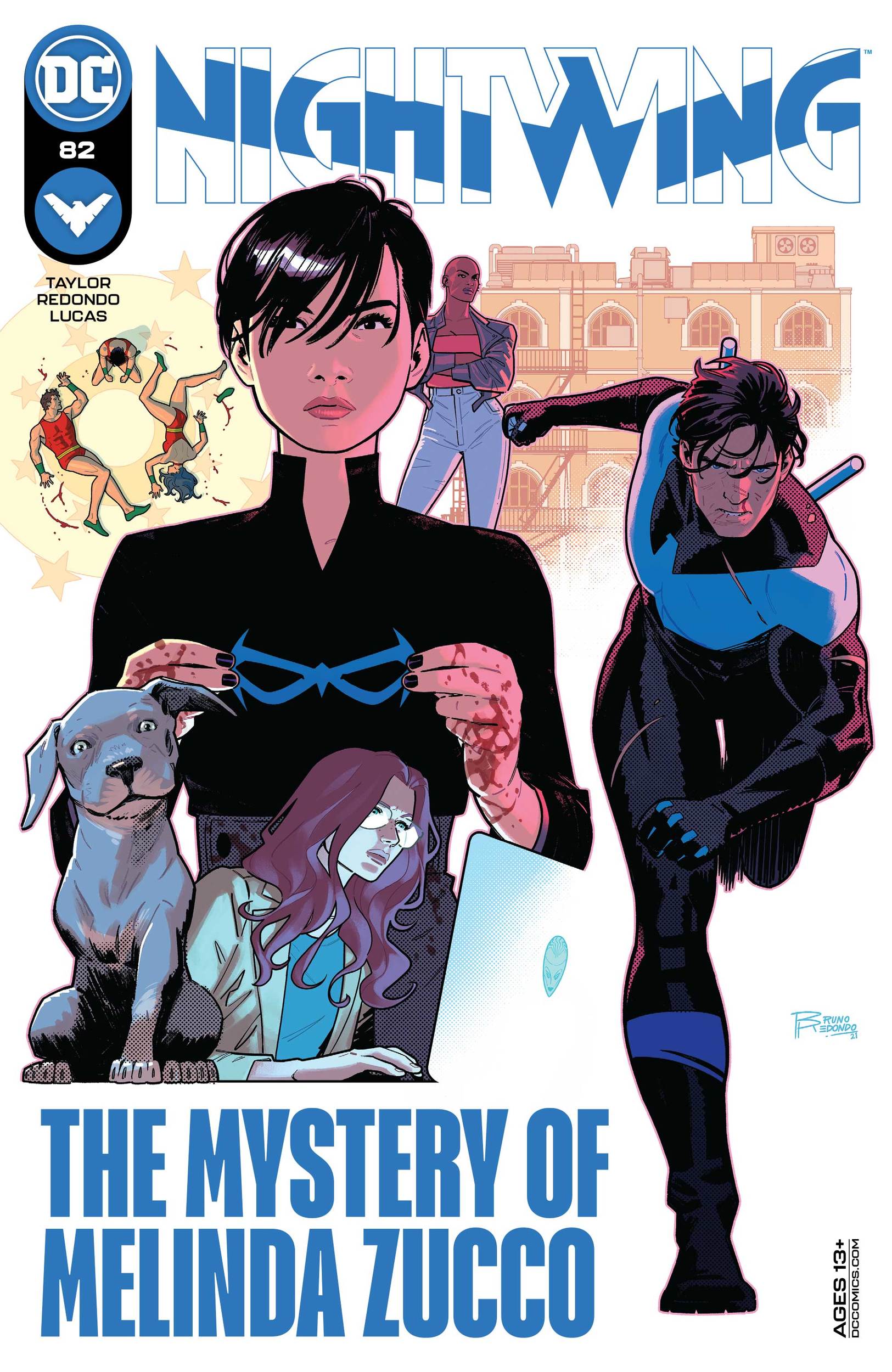 What the hell? No, seriously. What the actual hell?!

How does this book keep getting better month after month? The short answer: Tom Taylor and Bruno Redondo are an absolute dream team that really care about Nightwing.

If you read these reviews, you know that I’ve come up with a formula for what drives this book: Heart, heat, and hands. And guess what? Nightwing #82 still adheres to the formula.

But this issue is heavy with the heart. After the cliffhanger from last issue, we really delve into just how Melinda Zucco is really Dick Grayson’s sister. I won’t go into that here (you gotta read it for yourself), but what I will say is that the heart is heavy. Like, in your gut heavy.

Taylor adds another layer into Dick Grayson’s origin without the need for retconning or ignoring the facts. He worked within the room he had to create a truly beautiful new addition to this character. It’s so impressive, especially when you take into consideration how hard that had to be.

Most of Nightwing #82 is told in a flashback, where Taylor really lets us sit in this new fold in Dick’s origin. It’s not just some exposition over the course of three pages. It’s narration coupled with the actual visuals of what happened to show us that this is the real deal.

What I really appreciated was that Bruno Redondo, Rick Leonardi, Neil Edwards, Andy Lanning, Scott Hanna, and Adriano Lucas worked to change up the style of the art in the flashback to help differentiate the look and feel of the book. It was prevalent that the story being told was in the past by the old comic dot aesthetic and stark colors that were prevalent. It felt like reading a comic from the sixties, which added to the validity of this being a story told in the past.

Tom Taylor and Co. really have something special on their hands with this Nightwing book. I feel like I’m saying this every issue now, but this might wind up being an all-time run.