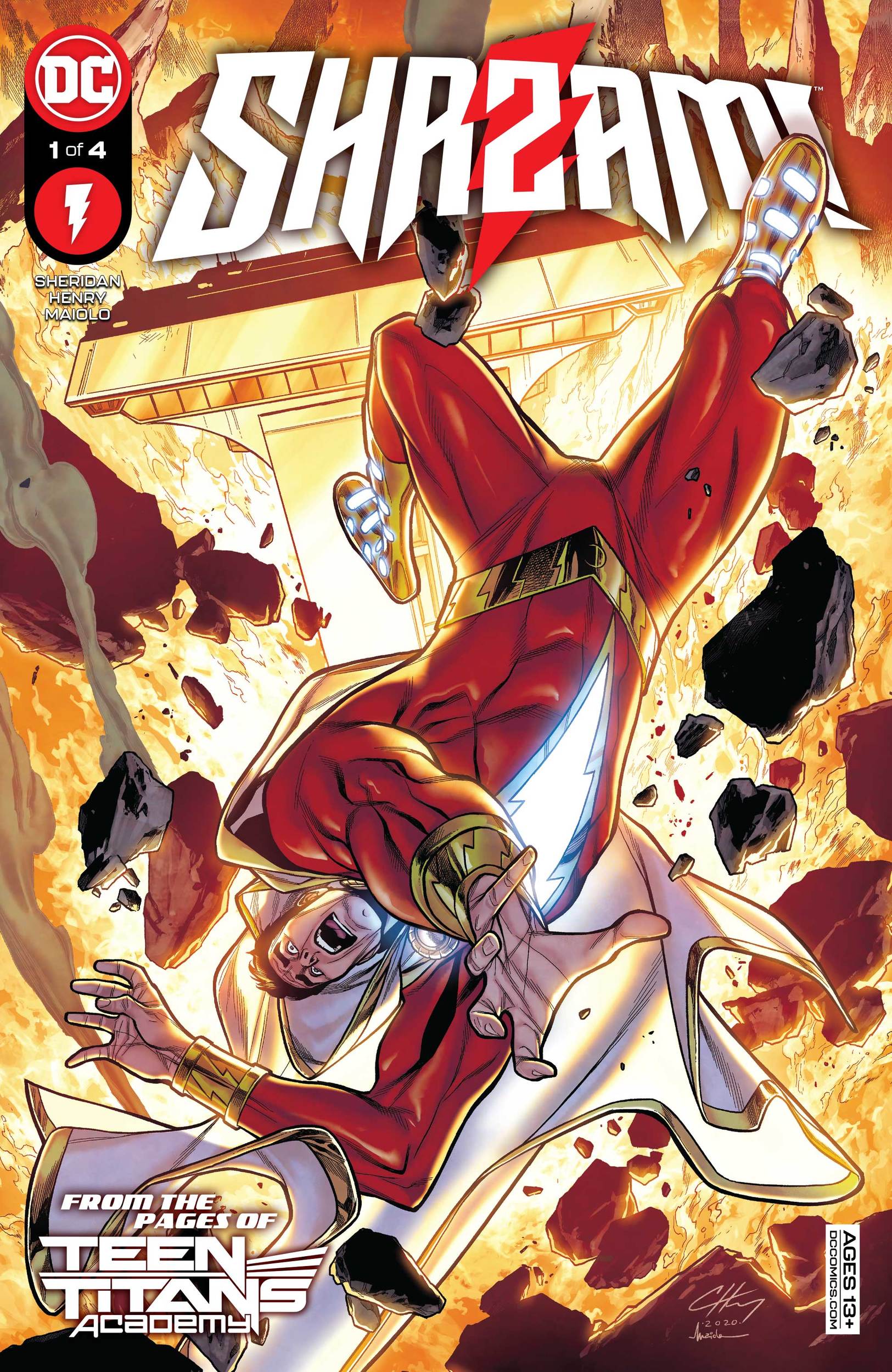 New Shazam book just dropped! And this one is spinning out of the Teen Titans Academy comic.

I know it can be hard to grapple with what’s canon or not, especially when there are multiple books on the shelves with these characters doing things that often contradict what they do in other books. But all you need to know is that this Shazam series is linked to the events of Teen Titans Academy. But if you aren’t reading that book, all you really need to know is that the OG Titans started a school for gifted youngsters (sound familiar?) And they teach classes and show them the ropes regarding what it’s like to be a superhero.

Billy Batson aka Shazam, is one of the students at the school.

He’s fought with the Justice League and helped save the multiverse, but he’s still just a kid deep down. Literally. So this is a place where he can be with others going through similar things internally.

Shazam #1 begins with following Billy as he struggles with the erratic behavior of his powers. What was once an utterance of the word “Shazam,” and he’d have the powers of the pantheon, is now an unreliable source of power that does what it wants when he wants.

The personal conflict of this book is all tied into puberty and growing up. Sheridan uses the unreliability of Billy’s powers to tiptoe around the idea of the adolescent body going through its normal changes and the emotional and mental strife that comes with it. I wasn’t expecting that aspect to be explored, but it was a pleasant surprise that adds a lot of validity to the book.

But there’s a deeper reason why his powers are going haywire, and it seems to be linked to other cataclysmic shifts in the DC universe like Oa shutting down and the Speedforce acting up. That ties this stuff into the larger tapestry of this new era of DC Comics, which is something I wasn’t sure would be the case with this Teen Titans book.

Henry on the art adds a stylized flair to Shazam #1 that lightens up the mood and keeps it fun, especially in the areas that get kind of heavy.

8 School Uniforms out of 10