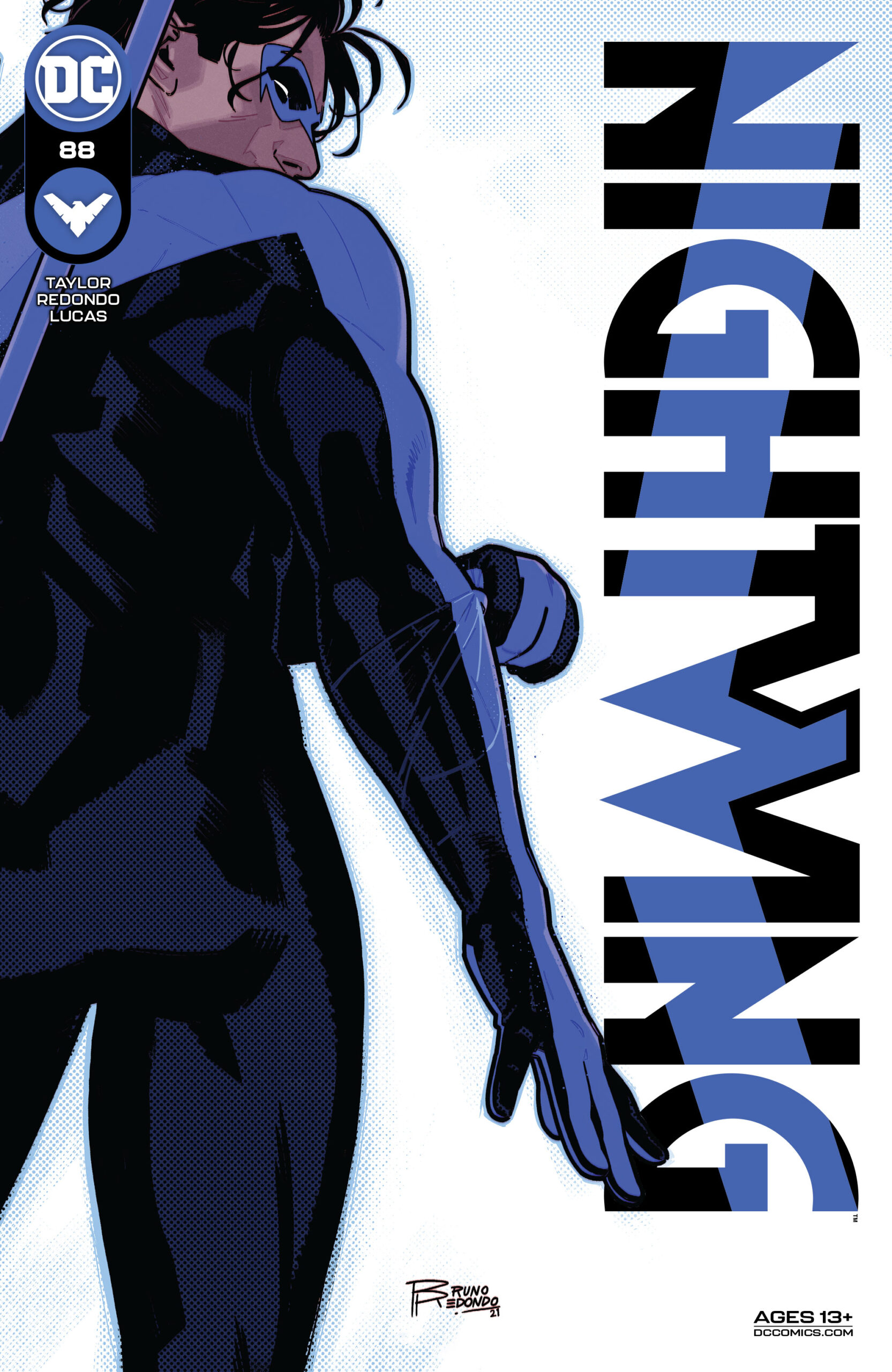 Nightwing #88 follows what might be one of my favorite issues of any comic, all time. In this issue, the story revolves around Nightwing as he announced the plans for Haven, a safe space for the young houseless community in Blüdhaven to lay their heads and feel a sense of security. It’s one program in a long line of programs that Dick has lined up, bankrolled by the money that Alfred left him.

The conflict of this issue is that ever since Dick Grayson announced to the city that he was here to help out, he’s had a target on his head. While Dick makes his speech while construction breaks ground on Haven, he narrowly survives an assassination attempt ordered by Blockbuster when he’s saved by the Titans, his OG buddies from back in the day.

Nightwing #88 was an issue with a lot of heart. It dealt with a man’s oldest friends banning together no matter how much they may have grown apart or whatever their obligations may currently be, all to make sure he’s protected. I ask this question way too often with this book, but why am I tearing up right now?

Aside from that, my favorite part of this book was Nightwing’s conversation in the opening scene with Barbera where he explains that he feels like Nightwing is the secret identity right now, because he can’t be seen in public as Dick Grayson. It’s an interesting inversion, and one that may not be new to comics, but is being told in a really fresh way. I feel for Nightwing. It’s got to be hard when your personal life is compromised solely because you wanted to do some good.

But that’s what we call stakes, baby! It’s why we come back every month, to see how he’ll overcome it all.

10 Super-Powered Best Friends out of 10