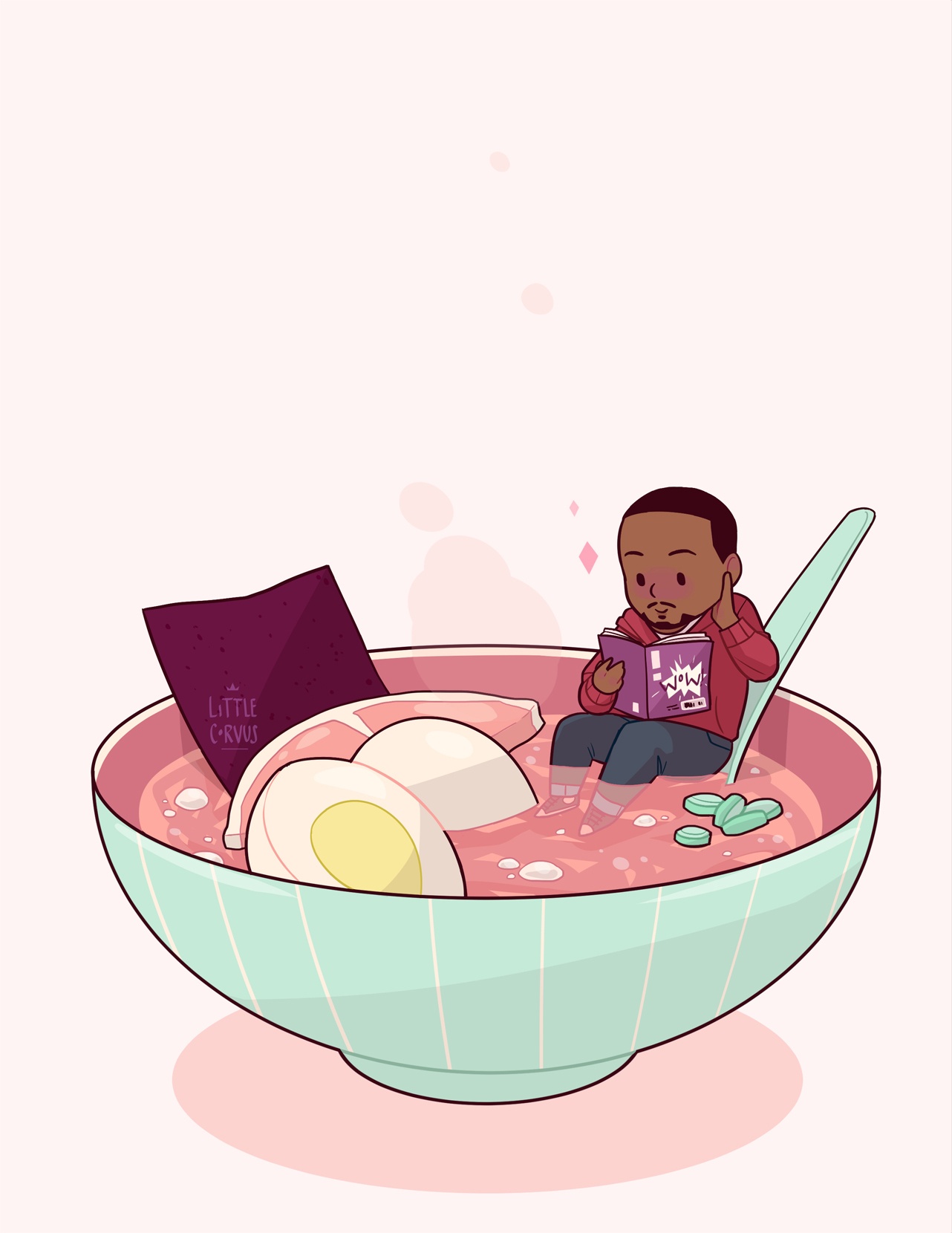 I had the honor of speaking with James F. Wright at San Diego Comic-Con this past weekend. I was supposed to interview him back in Seattle for Emerald City Comic Con, but time got away from us. After hearing that he was part of projects nominated for not one but TWO different categories at the Eisner Awards, however, I had to make sure I dedicated time to chat with him.

SDCC was a hard con to get interviews done. It was so busy! People were either paneling, signing, or pushing their own work at their own tables. No time was a good time to distract them from exposure, but we made it work! 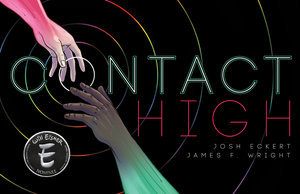 Morgan: How long have you been coming to San Diego Comic Con?

James: This is my 12th year at SDCC. I’ve been here every year since ’07. This is my first time tabling, so it’s a very different vibe. You don’t get to buy much stuff. It’s been weird. Sales are okay. They’re good, but not great. Since it’s my first year (tabling), people don’t know that I’m here. If you do the show you know, like two, three, four years in a row; people will remember you and come back and buy new stuff. It’s been fun, though. It’s been a really good show, and I’ll be back next year hopefully.

Morgan: What’s your history with comics?

James: I’ve been reading comics since I could read. My father read them to my brother and I as bedtime stories. My mother was a school teacher. She saw that it led us to reading. So I had a lot of support from my parents early on as far as comics go. I didn’t want to make them until I was in my twenties. Didn’t know that I could. I met a few friends over time, and we would pitch ideas together. One of those guys was my friend, Josh Eckert. Josh and I did a few projects beforehand, then eventually last year we ended up doing Contact High: our queer sci-fi action love story. It was nominated for an Eisner this year for best digital comic. I like to do a lot of different things with comics. It’s such a wide canvas for you to work with.

Morgan: You were involved with two separate projects that were nominated for Eisners this year. One for Contact High, like you mentioned. The other, as a part of the Elements: Fire Anthology; which focuses on creators of color. What was your Eisners experience like?

James: The Eisners were crazy! It was very long. The best digital comic award was the second award announced. The anthology award was like the 5th or 6th to last. It was a four-and-a-half-hour ceremony. So we were kind of worn out by the time that final one was announced. When Elements won, we all lost our minds and started screaming. Taneka Stotts, the editor of the book went up for the speech. It was phenomenal. Lots of crying and clapping. It was wild. When they called our names for Contact High, Josh and I, we don’t remember that moment. I just started punching him in this sort of “I don’t know what’s happening” moment. It was actually really cool, just to be in that moment and experience that. We may never be back there again. To have done that experience was really cool. Our friend Jackie, who I work with on another book — her boyfriend Dan bought us a beer after we lost just to kinda be like, you know, ‘you got this far’.

Morgan: Being nominated is still a great achievement! 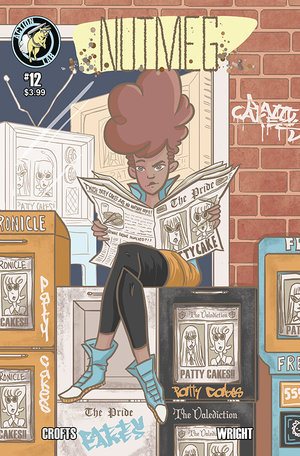 Morgan: So after two Eisner nominations — one in which you won — what’s next for you?

James: Josh and I are working on two things. Two pitches, basically, at this point. There’s a vampire tween story and we’re also working on a basketball fantasy story, which is weird (laughs) and based on actual events. Those are the two things that we have in the works right now. I’m in the next Iron Circus anthology FTL, Y’all!: Tales From the Age of the $200 Warp Drive with my friend Sar DuVall. We did an eleven-page story about alien teenagers. I’ve got more issues of Lupina coming out, which is a book I do with my friend Liana Buszka about an orphaned little girl raised by a wolf. There’s another Elements edition coming out. I can’t talk about it yet, but I think I can say that?

Morgan: I interviewed Taneka months ago. She mentioned the next Elements anthology back then, so you’re good!

James: Okay, cool! So I think I’m gonna be in that one. I have someone I really want to work with on it. Not sure if he’s gonna be available or not. There’s a hardcover edition of Nutmeg, the book I do with Jackie Crofts coming out. That’s gonna be good. It’s the first 6 issues collected. Other than that, I’m just looking forward to next year and going to more shows.

If James seems like a dope dude (he is), consider supporting his work on his Gumroad site (you should).