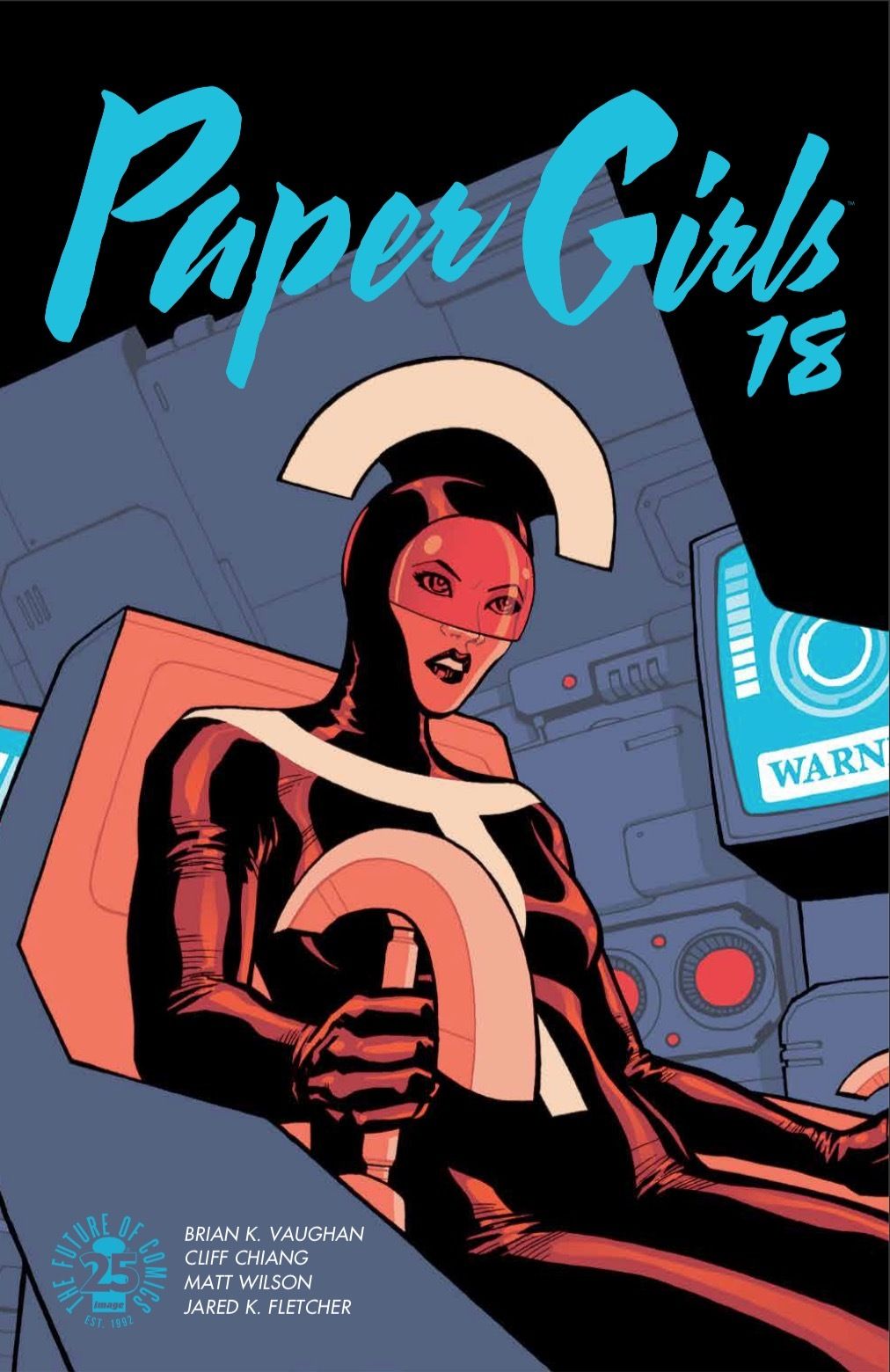 Still in the year 2000 and in the wake of Y2K, the girls reunite with Tiffany in faster fashion that we’ve typically seen in our previous separation plots. It’s refreshing to fly through to the consolidation of the group this time, allowing the story to find the more interesting knowledge sharing that happens as the girls share their newest conclusions and discoveries. That should happen next; in the meantime, this issue sputters a bit with neither strong answers nor new mysteries outside of the minor fare of general confusion. Still, Paper Girls #18 builds character as Tiffany is faced with the idea of her future self, and Mac and Erin discuss KJ’s sexuality in a very teenage way: one voice of immaturity, one voice of reason. Tiffany has a lot to learn about herself though, and the anticipation of meeting adult-Tiff hovers above each page of the issue. 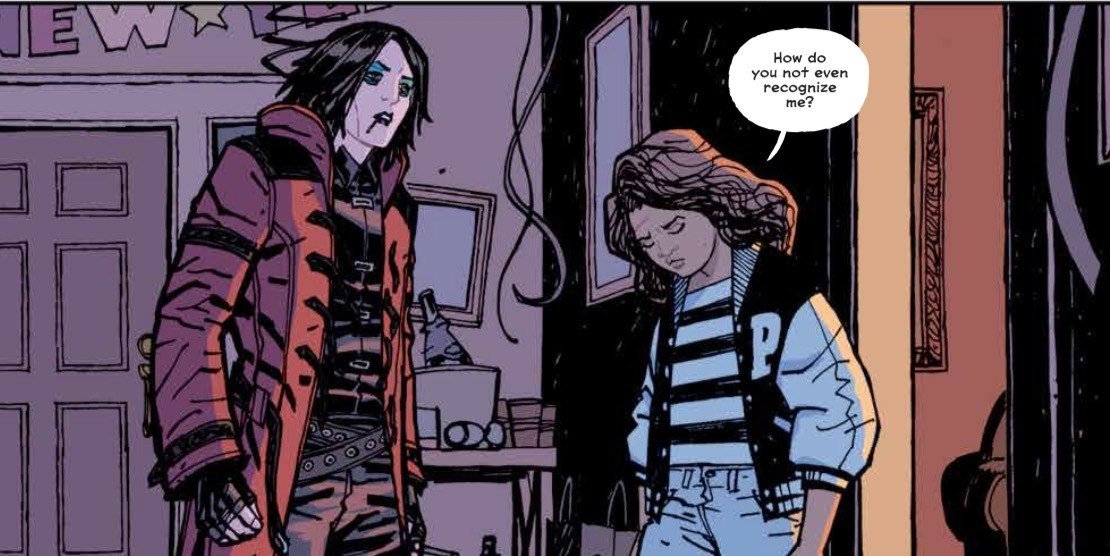 Artistically, Paper Girls continues to be a treat, both with its perfect suspense pacing and its imaginative portrayals of people displaced in time from past, present, and future. The aesthetics offer a unique mix of nostalgia for the past and creative visualizations of a sci-fi future, all jammed into one book, or even a single scene. Combined with a natural, clever dialogue to each of its characters, each issue continues to be a fast, fun read.

Overall, Paper Girls #18 is a character-building issue that wraps up Tiffany’s separation sub-plot and brings the girls back together for what will come next. They know about the time wars now, but are yet to decide what to do about them. The decisions they make next will be important, and we can only hope they’re guided by an introduction to adult-Tiffany. Whether adult-Tiffany can be trusted or not, well, that may be another matter.