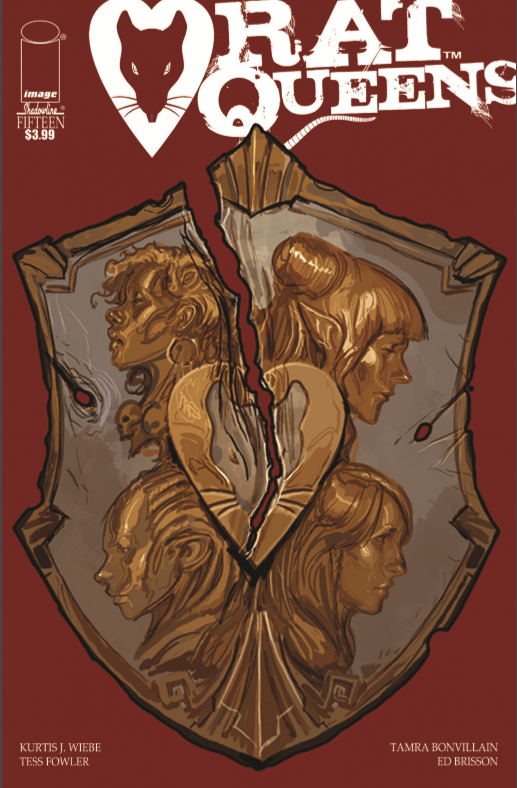 I was hard on Issue #14. It fell short for me in so many ways, the tale of Hannah’s family, the roles of the other Queens. I just wasn’t sure. Then Issue 15 opened with this:

And I thought: Heeeeeeyyyyyy, the Queens are back!
In honesty, by the time I got to the end of the issue, I felt like taking back a few of those eeees and yyyyys, but not all of them. That’s an improvement.

This opening is narrated by Senoa, Dee’s brother, telling the story of how Hannah got kicked out of Mage U, and almost imprisoned for life besides. It is a good wrap to the mystery of Hannah’s college days, leading to some soul searching by the Queens as to whether or not they know “the real Hannah.” Which is one of those things people say when they don’t approve of what you’ve done, even though they always knew you were capable of it. The Queens are working through that serious sister talk when… 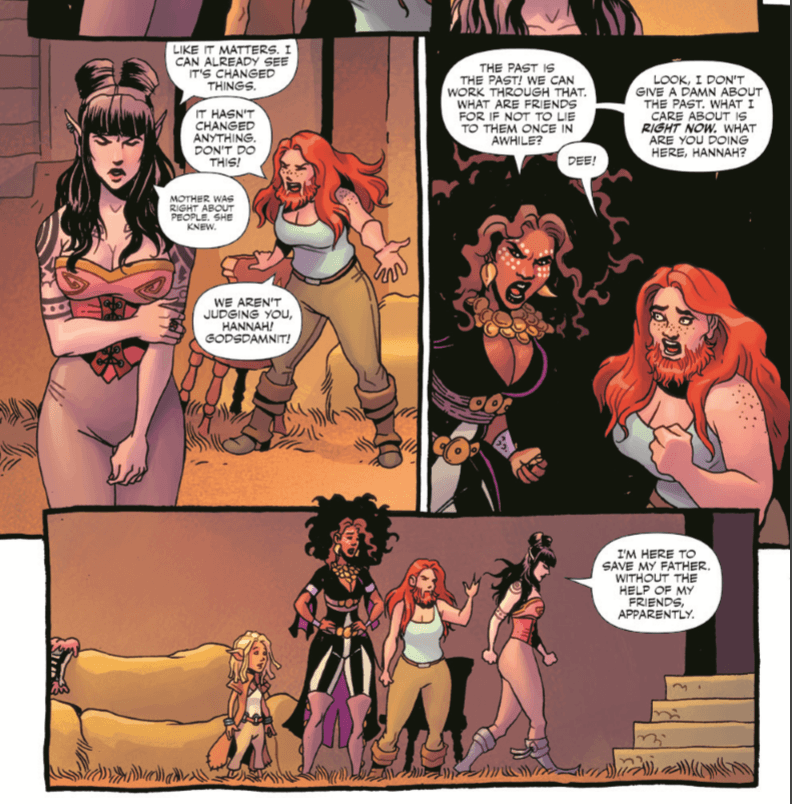 What? Dee, Vi, and Betty just stood there and told Hannah that they believed her, loved her, wanted to help her, they just needed her to be reasonable and work with them to make a plan and Hannah’s response is to walk off? There’s impulsive and short-tempered, and then there’s that doesn’t make any damn sense. I can’t understand it, maybe because the few times it has happened to me, I was the Dee in the situation and that shit still makes me mad. Or maybe because it felt forced, like all the previous talking had been a set-up to justify Hannah storming off.

What follows slowly pulls together, lead strongly by Fowler’s artwork. I said last issue that the art and text were not “informing each other”. Fowler must have heard me, because she puts in some great faces and poses that tell stories all their own and help to connect Wiebe’s dots.

In the end, Betty has the only words that really matter.

This is an emotional issue, filled with meaty, dramatic dialog and a couple of good fight scenes. In that way it is closer to what I like in my Rat Queens comics. Vi and Betty still get shorted on their time, but the time they do have expands their characters and plays the foil well for Dee and Hannah. I have no doubt the Queens will get back together by the end of the next issue, promised for next month, this all feels too formulaic for them not to. Maybe as the plot bends to make that happen it will continue to improve, bringing us back to the stronger issues of the first run.