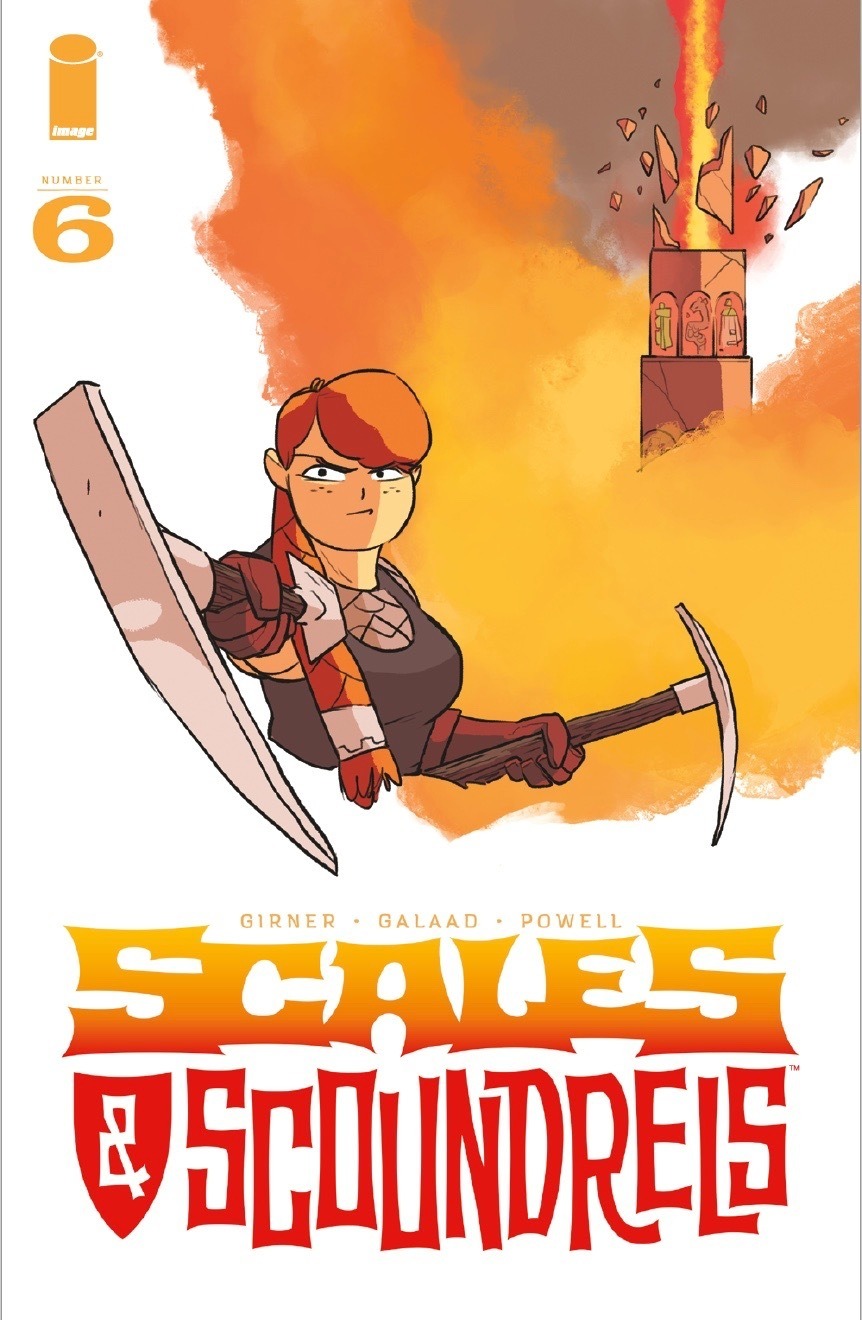 Scales and Scoundrels finally returns to the fray after two long months of solitude! We left off with Koro taking the ultimate L: a sword to the body. She shook that shit off like a G and leaped up to put hands on what can only be called the lich of Dened Lewin.

Dorma is given a heroes redemption after punking out in Issue #5, and we are given no clue where the hell Luvander and the Prince are. Still, Scales and Scoundrels #6 delivers its trademark cross-cultural medieval brilliance with depth and panache.

We learn so much about what motivates Koro in a masterful series of panels. 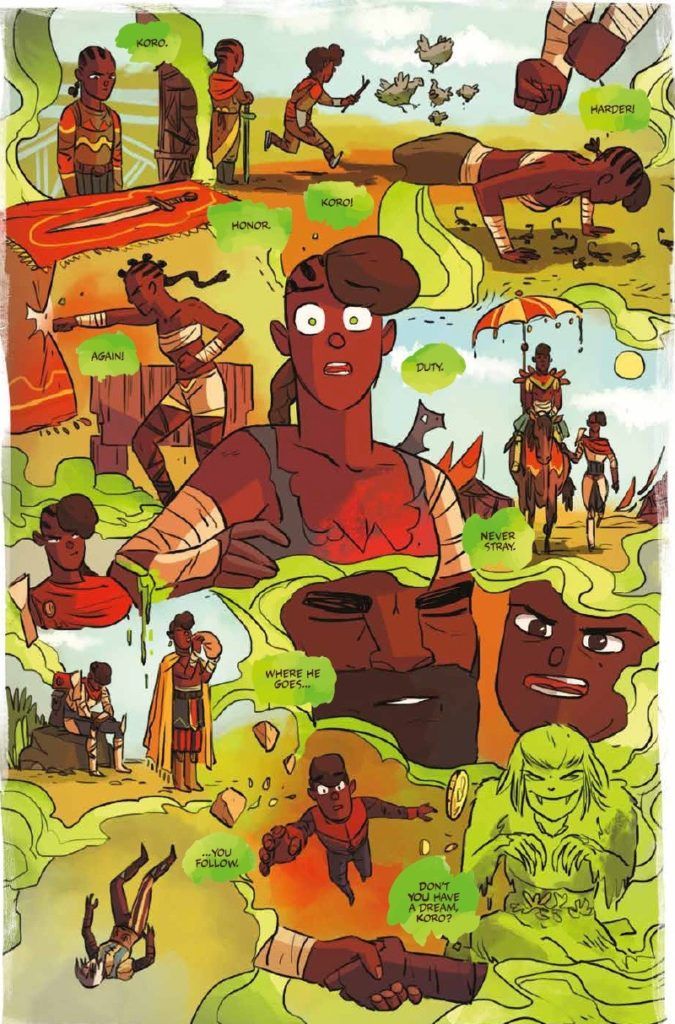 It’s one of those necessary literary devices that can be dead boring if not handled well. Girner nailed it, and kept it so concise they did the shit again with Dorma immediately after! Even the Boba Fett feeling, T-1000 walking through the flames head ass bounty hunter made a cool cameo.

Somehow, with saying very little, we get so much from this character; his origins and motivations show up here. HOW DO THEY DO IT?!

We are treated to some good ol’ storytelling in Scales and Scoundrels #6, Girner folds different cultures’ lore into the tapestry of his own narrative. Galaad has developed a visual cohesion INSIDE of his artwork that allows these disparate sources to find harmony on the page. What can I tell you? This book is fire.

Reading Scales and Scoundrels? Find BNP’s other reviews of the series here