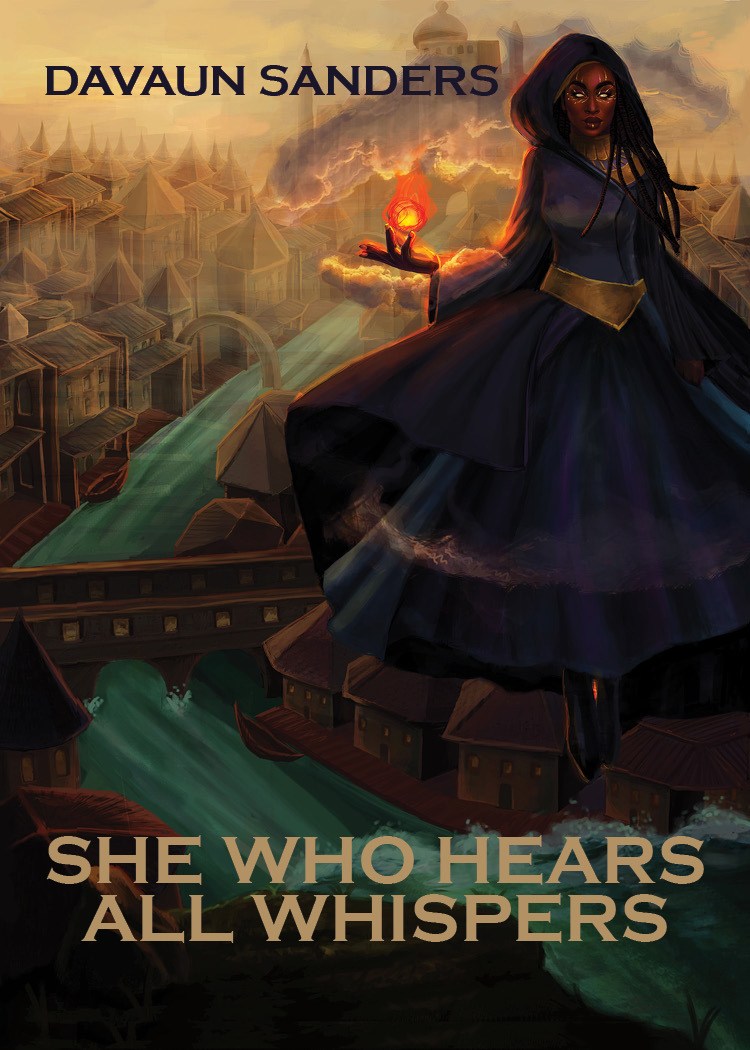 She Who Hears All Whispers enters the fold as a new novella competing for a shot at glory, recognition, and dominance. Coming in at less than 100 pages, it certainly sets itself apart as one of the more accessible fantasy fiction tales in recent memory. Containing two primary elements, one-half magic and one-half ruin, this story is set in the land of Mataano Qahndo, where the Matriarch rules with a hot hand. Our protagonist is Suraldisha, a woman from outside the walls of the big city, trying to get in to see “She Who Hears All Whispers” and set her grand plan in motion. This is where our story begins.

It’s All In The Details

While there may not be many fundamental differences (fictional world, some form of magic, totalitarian regime that must be overthrown, etc.) between this book and other fantasy reads, where it shines is in the details. It may be a short read, but Davaun Sanders accomplishes so much without sacrificing character development or the build-up of tension required for a final payoff.

The Gods that everyone worships and sends prayers too are twins that are only alluded to, so your imagination must fill in the history of how they came to be the revered omnipotent ones in this world. Mataano Qahndo may be the centralized location for the novella, but places like Scorcia are name-dropped and you can’t help but wonder how expansive this all could be. I won’t even get into the repeated mentioning of other Lords who are continuously plotting, because it’s clear this read could be the start of something great. She Who Hears All Whispers is ripe with intrigue that some may consider a drawback, but I welcome a writer’s ability to draw me in and keep me wanting more.

Perhaps the biggest reason She Who Hears All Whispers is so unique is because it takes one of the most common magical/superpowers and puts a hell of a spin on it. People in this world are pyros or Kaydka. They can summon a blaze to the palm of their hands and rain hellfire down upon any unsuspecting victim. But the price of this power is a costly. These individuals are infected with strains of phage, an illness that shortens the breath and decimates the skin, but makes room for a reservoir of flame that can be unleashed at ones choosing. Sanders does an excellent job of detailing the equivalent exchange of this ability. The descriptions of the most proficient users of the phage are harrowing and the imagery that is painted of the most infected Kaydka are disturbing. But when you live in a world of fear and sickness, perpetuated by the Daughters of the Matriarch, having a little firepower of your own certainly has its appeal. 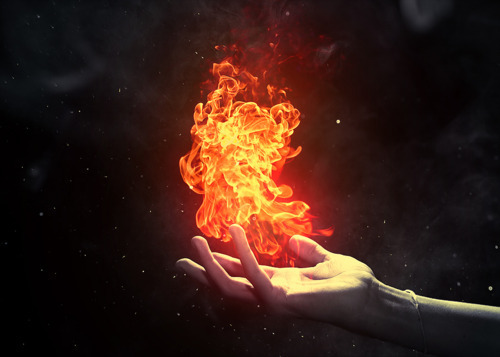 Worldbuilding is no easy feat, yet Davaun Sanders accomplishes this with ease and manages to infuse this story with a bevy of Black and brown characters that just warms my heart. It’s a shame we have to rejoice in an author’s decision or ability to be inclusive, but I’m glad we’re seeing this become much more of a common occurrence in writing. Did I mention that the majority of the characters in this novella are women? An accessible novella by a Black man has such powerful potential to mold the minds of so many readers, so I hope we get more shorter fiction like Davaun Sanders’ and long novels like Marlon James’ coming out of the woodwork.

From start to finish, She Who Hears All Whispers invites you to get lost in the phage. It sets a stage for an outsider to become bigger than her mission of vengeance. It beckons you to wonder what the secrets of The Bay hold. It wants you to question the devotion to a woman with such unbelievable power. It asks you to choose between stability and possibility. Choose carefully, because She Who Hears All Whispers is watching.

She Who Hears All Whispers is available digitally and in print from Dancing Star Press now.

Read our site’s other literature reviews on our Literature tag. Look for more books on our Bookstagram account on Instagram.