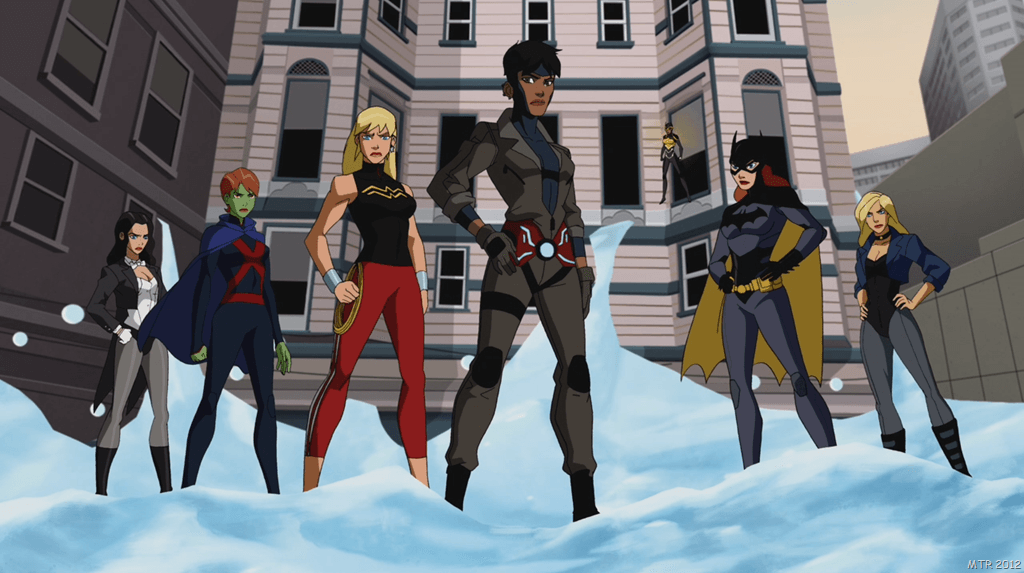 Updated 3/8/2016
[divider type=”thin”]
They’ve been side kicks. They’ve been love interests. They’ve been characters no one had appreciation for in the television or film adaptations. Some have been killed off to further a male character’s storyline. Some waited to be rebooted into DC’s New 52. Well, the ladies of Black Nerd Problems wanted to share some of our favorite female characters that we would love to see do their own thing, having their own stories. Hey, Gwen Stacy — we mean Spider-Gwen — nailed it, right? Here are a few of our favorites. 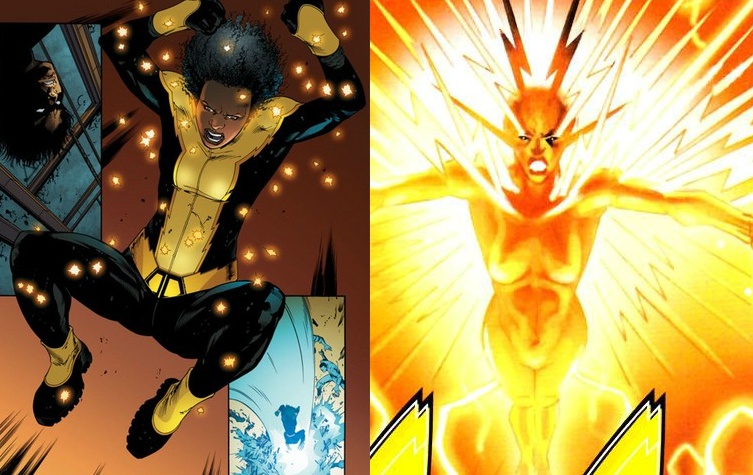 Let’s say someone created a comic starring two Black superhero sisters co-parented by their superhero single dad (who happens to be an Olympic gold medal decathlete and became the Secretary of Education, no big deal). Also, one of the sisters dates an incredible Asian Amazonian girlfriend and has a degree in medicine. How much in debt would you be right now from buying every available copy?

Let’s start with Anissa. There are so many different stories you could write about the first daughter of two overachievers (the girls’ mother, Lynn Stewart, is an activist and lawyer in addition to Black Lightning’s accolades) who not only has to focus on studying medicine to please her parents, but isn’t even allowed to use her metahuman density powers until she graduates college. Add to this the struggle of formulating her identity and navigating the world as a queer Black woman and you have a dynamic character with necessary representation.

Jennifer, on the other hand, is unable to interact with electrical devices because of her late-manifesting powers. This could lead to a unique exploration of what kind of isolation a teenager in our high tech world might be caused to feel without access to phones or computers. Also, because their father allows Jennifer to become a superhero as a teenager, there’s an intrinsic sibling rivalry that must be overcome and could illustrate how Black women choose to love each other in a system that wants to force us to compete for token positions.

Bottom line, while I admire the fact that DC attempted to edge these two back into public awareness with a couple DC Nation shorts featuring younger versions, the amount of potential these two characters offer for comic readers is so obvious that it’s downright frustrating not to see it realized on the page. –Lauren 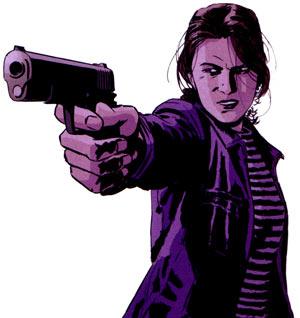 How many queer, first-generation Latin superheroes can you name off the top of your head? Now that is a good question. Whether you loved her in the original Batman comics, the DC Animated Universe, or even now in that… other painful show you might still watch for some reason, there’s something to be said about this loyal and determined member of the Gotham City PD. So sensitive that blurring the line between “right” and “wrong” will wrack her with guilt, yet strong enough to withstand the day-to-day struggles of being a brown woman in a very white and masculine environment (not to mention all the countless horrors enacted by the local supervillians), Renee is one of those characters that really lends an element of humanity in a genre that can quickly become obsessed with erasing it. What’s more, because of a treacherous history with one Harvey Dent, Renee has had to cope with being forcefully outed to her family and community, resulting in her parents disowning her. While it’s unfortunate that this still remains a very real narrative for queer people of all kinds, Renee’s ability to triumph over this pain presents a critical story that needs to be told.

Her transformation into the masked detective The Question also represents one of the first times a woman of color took over a mantle from a white male superhero and showed us how characters can change over time for the better without sacrificing their core personality traits. Her later work with the Birds of Prey (specifically Huntress) demonstrates that a solo title could also mean spotlighting team ups with characters that only appear in group settings or don’t get much page time at all.

And you know what most comic reading audiences really love? A good ol’ on-again, off-again relationship between members of its more emotionally repressed cape community (at least, that’s what the Batman/Catwoman numbers show). I don’t care how many Maggies Kate Kane proposes to, the chemistry between Batwoman and The Question will always be intense and dynamic because rather than depicting two people who continue to repeat the same old “forbidden love” trope, it’s a story of how relationships change as the people involved do. Plus, with the immense success the Batwoman title has had, there’s plenty of opportunity for crossovers. For now, however, we’ll just have to make do with her mini-return, along with many other erased DC women. –Lauren

Born and raised in a poverty in the roughest part of town, “Rocket” Raquel Ervin was a teenager who loved to read and dreamed of becoming a writer like the literary goddess Toni Morrison.  She stumbled upon a-not-so-average-joe, a guy named Augustus Freeman IV, who was revealed to be the stranded superpowered alien later named Icon. The brash, outspoken and quick on her feet teenaged girl soon became his sidekick and they set out to clean up the streets and help out those in need. The dynamic between them was always fresh because Raquel was more liberal-minded to Icon’s conservative nature. She was also always challenging his points of view and wanting to bring change, real change, to the place they lived, something Icon mentioned to himself in the first issue as something he surely neglected.

Icon did serve as a father figure, helped influence and guide her, but take note that it was Raquel who got him sold on the idea as a crime fighting team in the first place. She even gifted him with the name “Icon” and challenged him with “What do you stand for?” as she told him he should do something with his gifts. In truth, Raquel has no superpowers. It is with a special belt given to her by Icon that she controls kinetic energy which allows her to fly and project shields. But even then I think Rocket’s super power is her vivacious spirit: she single-handledly convinced Icon to be proactive in using his powers for the greater good, stepped forward to help Flashback of the Blood Syndicate, a group of superpowered individuals often on the wrong side of the law, fight her crack cocaine addiction and even befriended fellow teenage superhero Static Shock back in the day.

I remember first meeting Rocket through the comics and recognizing her as one of the first teenage mothers that I saw in comics and she certainly made her impact as one that was a superhero. She briefly had some screen time in the doomed animated Young Justice show that left us too soon, way too soon, but was great to introduce her to a new audience. Rocket was also voiced by voice actress royalty Cree Summers in the Young Justice: Legacy video game.

Lastly, see Rocket in this two-page comic made in honor of the legendary Dywane McDuffie’s birthday. –Carrie

Of the great list of comic books I would buy RIGHT NOW if it ever came out, a comic centered on the Dora Milaje (The Adored Ones) is at the top. The Adored Ones feature in all of the Black Panther comics as his female bodyguards/prospective wives. (Maybe that’s why the Storm/Black Panther thing didn’t work out. She wasn’t Dora Milaje.) The group was formed as a way to bring together the warring tribes of Wakanda, back in the foggy past. There is some competition among the women to be the best, but overall, it is a sisterhood. A sisterhood of ass-kicking badassery. They are generally silent, but have taken on, and taken out, some of the bigger names in the comics game, including Black Widow, War Machine, and Sentinels. So they’re tough. But just imagine how awesome they could be on their own?

The comic could focus on just two of the women, give them all appropriately tragic backstories and some juicy infighting with the other Dora who haven’t been chosen to follow BP around. Bam, they get a call that there’s a threat to the people that Black Panther can’t handle, so off they go to dispense some justice. They can go in twos or as a whole group. It could be like a Storm comic, but spread across an entire team of martial arts heroines. Awesome. –Leslie

This may seem like a no-brainer — who wouldn’t want to watch a TV show about Zoe Alleyne Washburne, the best first officer ever in space? (Zoe > Spock > Riker) Well, I’m actually against Zoe getting her own complete series. There are lots of things I’d like to know about Zoe, and I think the character could carry any number of plots, but I also like the mystery of her. How’d she and Wash meet? Come to marry? How’d she meet Mal and why is it his ship and not hers? I don’t want to know. I want to imagine those connections. But I would like to see her in a Agent Carter-style short piece. I want her background before the men in her life became main characters, back when there was just her. Show me her life as a soldier before she became Malcolm Reynolds’ right hand and Wash’s better half. I want to see her interacting with other women. Where does she get that no-chill look? Give me a taut thriller of her fighting her way across a blighted planet only to save Mal at the very end, launching them both into history. In short, I want my own headcanon on screen, every Monday for 6 weeks. –Leslie Morrigan has featured in all of the Dragon Age games so far. She’s a magic user who follows her own agenda, sometimes for the benefit of the main PC, sometimes not. Her snarky reluctance to help out is juxtaposed against the more traditional “paladin” NPCs, who will gladly risk their lives to collect some random person’s cow. Now, imagine her in her own game, set in the Dragon Age world. Morrigan’s Age (that’s what I’d call it) could be Assassin’s Creed-like — plenty of killing and leaping around — all powered by Morrigan’s magic. Or it could be an RPG, but one in which the player has very little interest in saving the world and is out for her own interests. Maybe she’s collecting dragons. Why? Who can say! My only pause here is that we have to change her outfit. Because really, who can go romping through the wilderness dressed like that? This new outfit would be oh so much better. –Leslie 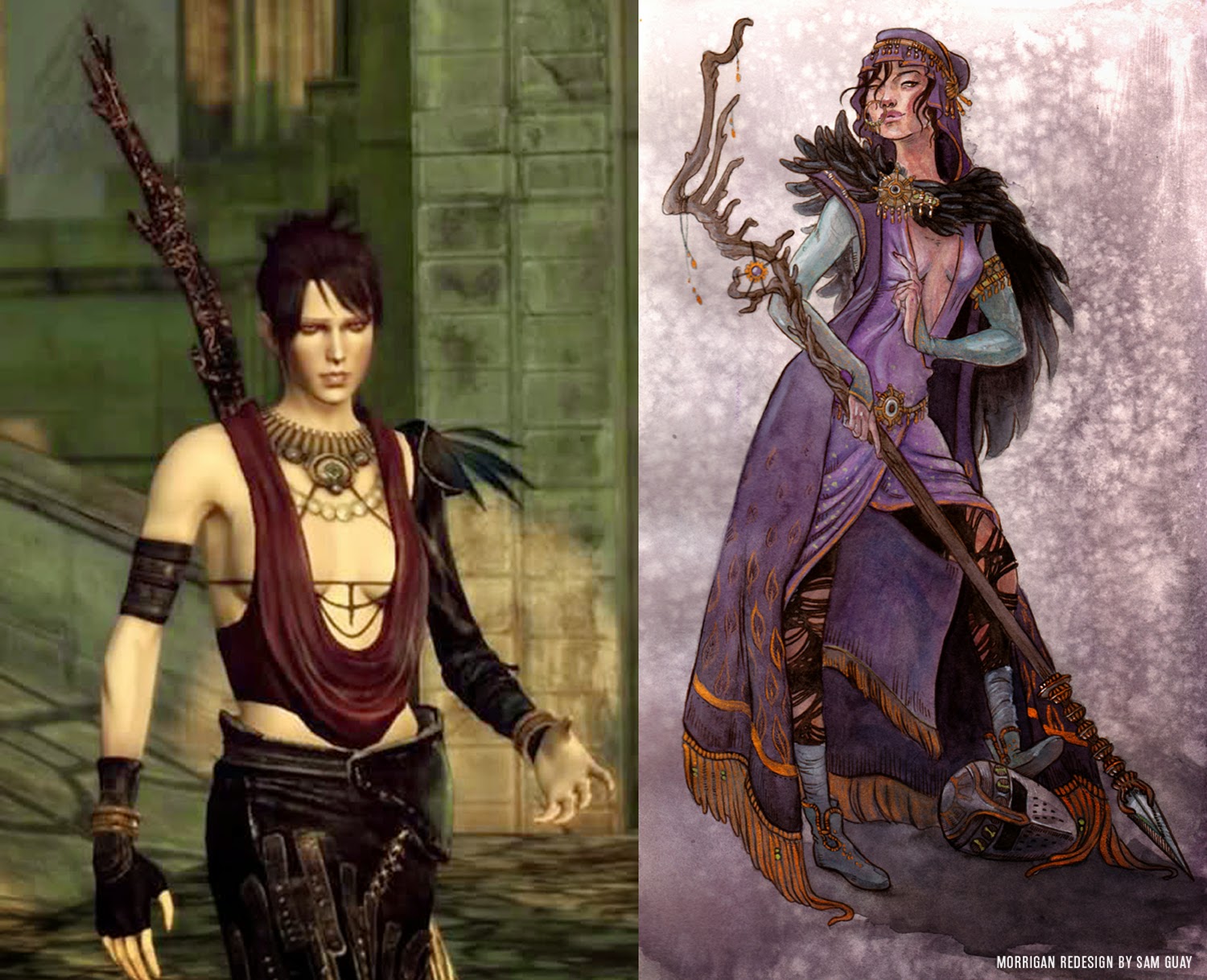 There are so many other female characters we could have included, from so many other genres. Help us fill in those gaps. What’s your favorite sister who should have her own solo act? Give us a shout in the Comments, or on Twitter, Facebook, Tumblr or Google+. We want to know what you think.