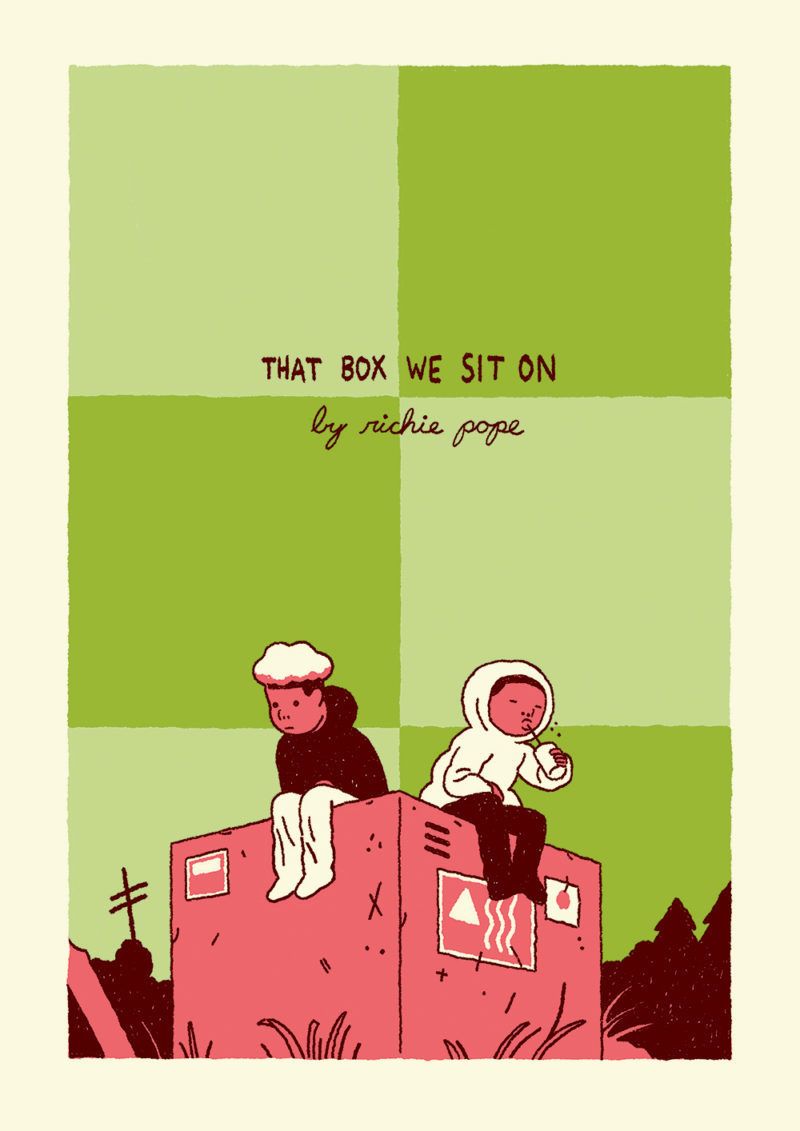 “We hang out on this box every day after school? But why? Why do we sit here?” 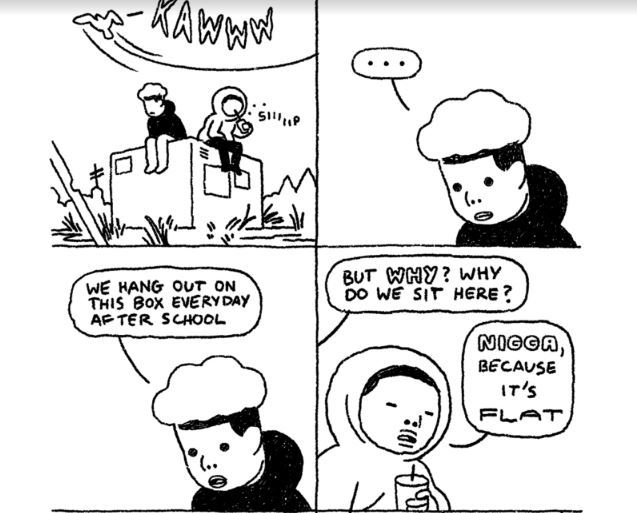 Illustrator and cartoonist Richie Pope, 2018 recipient of the Columbus Comics Residency debuted this comic at TCAF this year. (Another great TCAF debut is this one by Shannon Wright).

The synopsis that we’re given is a simple one: “Two friends (one with a runaway imagination, the other just consistently chill) try to uncover the mystery behind the strange metal box they sit on.”

What follows is twenty pages of two friends musing about the box that they’ve come to sit on every day after school. Their theories about it are wild: ranging from mecha slumbering underground, or a transportation device to, more nefarious and hilarious origin stories. Set in a black-and-white format, Pope’s signature art style makes the wondrous and extremely far-fetched a familiar affair. While reading, it’s easy to follow along. 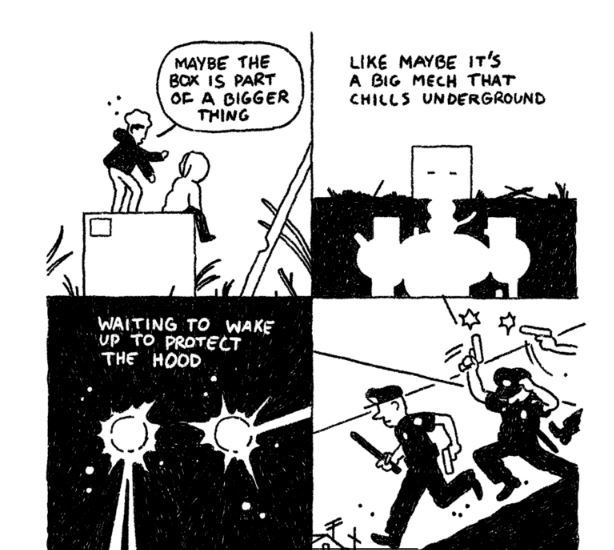 I think what endears me to TBWSO the most is the down-to-earth, natural, genuine feel of the comic. This sounds like bits of conversation I would hear from the teenagers hanging out next to my apartment when I’m coming home. Hell, this sounds like exchanges that I have with my BNP crew across the digital platforms we exist on — from text messages to Twitter, to Slack and the occasional emails. 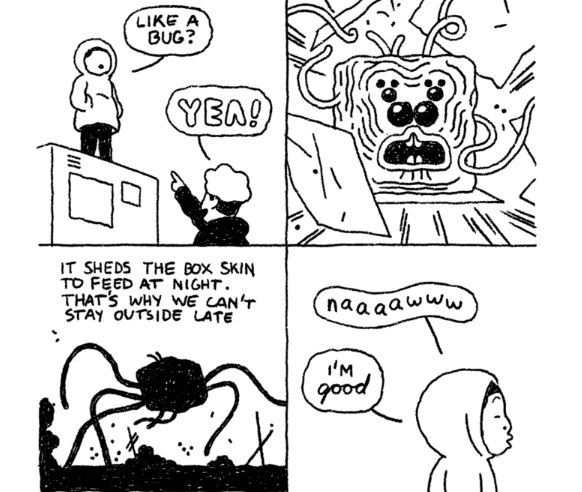 Also, it’s super refreshing to see Black kids shooting the breeze. I’m down to see Black kids at peace; joking around and eating sunflower seeds. Not being heavily policed, or harmed, or thrown under the bus when their Black bodies threaten white fragility which results in unnecessary and often fatal phone calls to the police.

I suppose you could say I like seeing Black youth afforded some simplicity — the chance to be goofy and carefree, if only for an afternoon…a luxury they aren’t always allowed.

Pick up a digital copy here.

See more of Pope on Twitter, his personal website and see what’s for sale in his online store.