61 Shares
***This Review Does Contain Spoilers***

I’m gonna start this off with the shitstorm or hate that X-Men Apocalypse has received over the past month of critic reviews. “This is the movie they make when they run out of ideas.” OR this is the movie they make when they realize they have an amazing villain to utilize, who has powers beyond the human imagination. “There are too many characters and the writing doesn’t allow everyone’s story to be flushed out.” OR there are a perfect amount of characters in an X-MEN MOVIE centered around a team of powerful mutants trying to stop the most brolic foe they’ve ever encountered and are not trying to have the movie be Bat vs Sups levels of long so they can give every character more time than they need to paint their story.

If we keepin it a hunnit, there’s an entire sect of homies here at BNP straight up boycotting the movie until they relinquish the rights back to Marvel. Cant hate, Marvel has done nothing but transform the superhero market into the attraction of the last 15 years. But I can highlight why X-Men has still been doing a great job on their own. Except for Last Stand and those 2 Wolverine movies…those were straight trash. 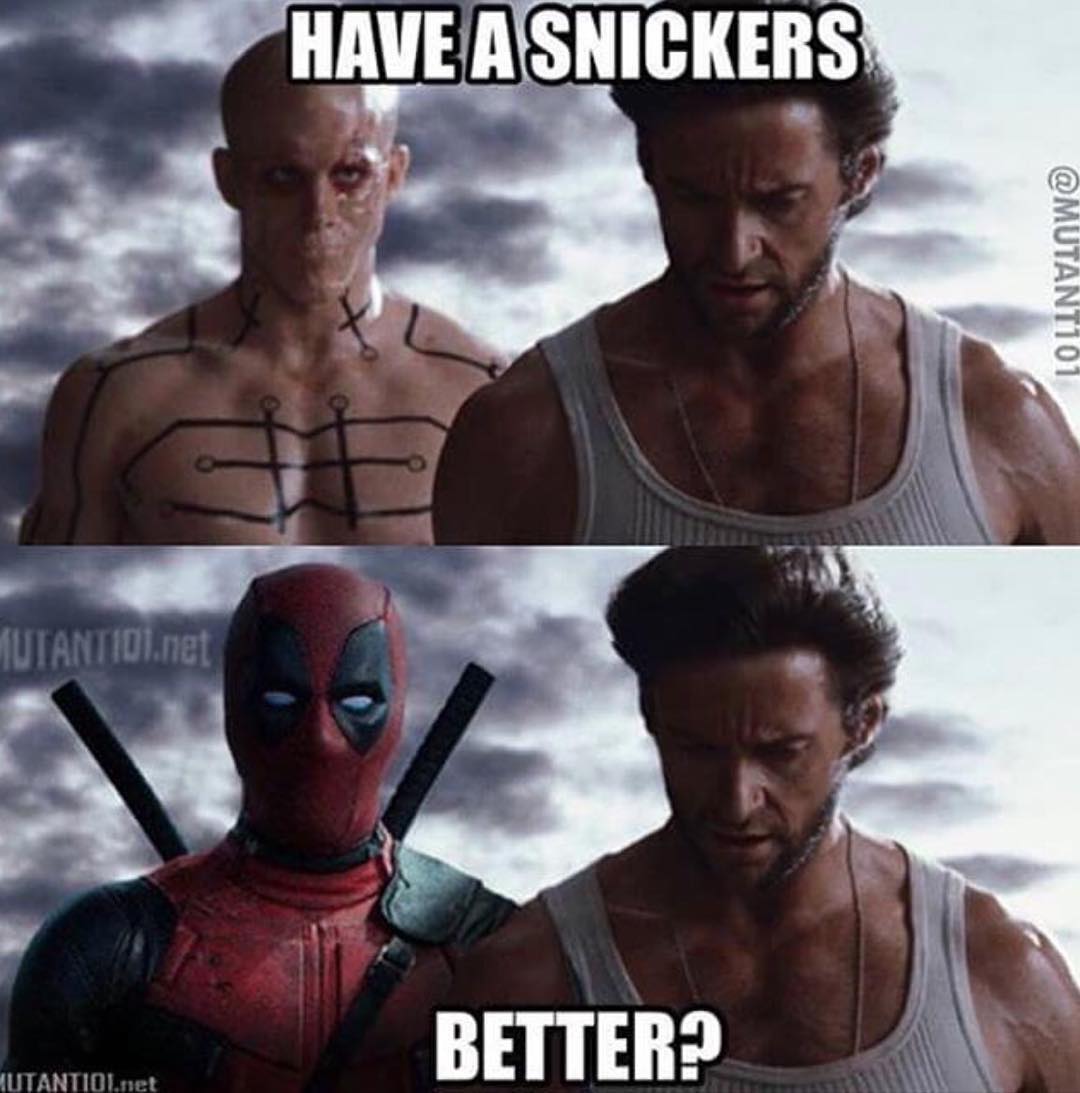 ALRIGHT! For those of you still intrigued, I’ll keep it as real as possible. This is no Captain America, this is X-Men and you shouldn’t expect to be blown away by both the plot and action, but you can fully expect a plot that works much better than the reports are stating. You can expect to be impressed by many of the action sequences and be blown away by the homage being paid to the X-Men cartoon from our youth. Hell, they damn near give us a complete adaptation of the “Come the Apocalypse” storyline from 1993’s amazing 1st season.

For those of you who don’t want to witness spoilers, now is your time to close this tab and go heat up some Hot Pockets, Pizza Rolls, Bagel Bites, or Pop Tarts and call it a day.

That Opening Scene THOOOO?!?? My Gods, I wasn’t expecting the writing team to give Apocalypse such a legit backstory, but that ancient Egyptian deception was sick! That False God line was potent. Well done.

Quicksilver: It seems Quicksilver and the portrayal of his abilities have stolen the show when it comes to these new X-Movies, and for good reason. They’re fuckin’ outstanding. I love the way they work with super speed on The Flash, but they take it to a whole ‘nother level in the movies. If you didn’t see Days of Future Past, then you missed on his introduction, and boy was it mind blowing awesomeness and hilarity. Same deal this time around. New song (Sweet Dreams) doing work in the background, and same comedic Pietro Maximoff blessing us with perfectly timed jokes, body placement and hyper speed beasting. I have a feeling, this character will be helping the franchise stay afloat..or at least give the man a spin off movie.

Psylocke: YO Olivia Munn has had the most amazing career climb from Gaming Show expert and eye candy to Hollywood royalty. She has wowed us as an economist on The Newsroom, made some guest appearances in various movies like Iron Man 2, Magic Mike and Ride Along 2, as well as blown the hinges off the Lip Sync Battle stage. The girl can act, and no role has showcased that as much as her portrayal as Psylocke (except maybe Newsroom. She bodied that 2 Ph.D having beauty of a role). She owns the purple. She owns the stunts. She massacres her entrance during the final battle!! She’s everything you want Psylocke to be.

Jean Grey: Sophie Turner, guuuuurl you crushing it right now! From your evolution to full on Lady Warlord in Game of Thrones, to a SPOT ON portrayal of Jean Grey, you got a bright future. She was excellent as the newbie who couldn’t control her powers, to the fully unleashed vessel of destruction that we will get into later.

Storm: White haired, African, mohawked Storm. Exactly what she should have been. Such a great portrayal of the character. Dope visual effects when she got to use her powers.

Angel: I’m no comic book expert, but since when is the angelic one known as an incredible warrior? Basing his entire character on a German fighting ring champ seemed like a bit of a stretch. Also, the homie got his wings wayyy too quick. I mean, I understand why he got his new wings, but he should’ve had a little more character development before transforming his singed feathers into those metallic wings of glory.

Wolverine: When are they going to STOP THROWING WOLVERINE IN EVERY SINGLE X-MEN MOVIE POSSIBLE??? He doesn’t need to be in every damn movie! I may be biased because I always thought Logan was the most overrated, but at this point, its all about them dollar signs. Okay, so including him in the bad section wasn’t really about how well he did in the move, but more about the producers stubborn stance of Wolverine in every movie or bust. 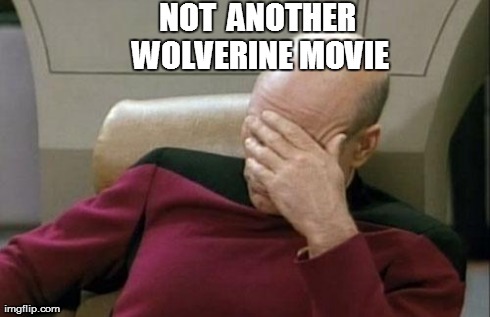 Apocalypse’s Lack of Powers: Don’t get me wrong, he got powers and his powers were INCREDIBLE. He was encasing cats in stone with a flick of the wrist. He was turning dudes into pixie dust at the blink of an eye. But he keeeeept using the same powers over and over. Why convince us he spent millennia collecting infinite powers if you’re only going to hit us with a couple of them, dope as they were? AND they tried to front like he grew in size at will throughout the movie (by including that scene in the trailer) but you lying ass herbs aint have the false GAWD grow at any point except during that mental battle between him and Professor X. Big let down, considering how much they could’ve done with him. Apocalypse the Enhancer: Despite Apocalypse not using many of the incredible powers he had in his back pocket, he did consistently do something that I did not get sick of. He brought out the greatness in each of his Four Horsemen. Psylocke went from back room muscle to a telekinetic agent of death and destruction. Storm went from an Egyptian street rat to Goddess of the elements. Angel got his wings, deserved or not. But it was the scene where Apocalypse finally convinces Erik to join his cause. Poc brings him to Auschwitz to face his past. Eventually he places his hand on the ground and is like, “Son feel the Earth. It’s made up of mad metals so how about you realize your true potential and rip this oppressive Fascist nightmare apart.”

Phoenix: YAAAASSSS Queen! They dropped a few hints throughout the movie that Jean Grey could be venturing down the Phoenix path, but when she was finally able to unleash her powers, MY GOD! And for those haters out there clamoring that she shouldn’t have been able to take out Apocalypse, you clearly don’t know how powerful Phoenix really is. Not to mention she had the help of the whole squad behind her. Get off your high four horse.

That Magneto Family Scene: Son, I almost dropped one thug tear for that shit. I almost tried to channel my inner mutant powers to kill those officers who did the Mag man dirty. In a movie of at-times suspect writing and shitty acting sprinkled here and there, this scene was high quality material from start to finish.

Charles Xavier Becomes Professor X: When the hair started falling out, I was a little apprehensive. But that final look with James McAvoy sitting in the original X-Men movie chair, was lit.